How many kinds of Kungfu do you know?

Chinese Kungfu（功夫 gōng fu）, also called “martial art”（武术 wǔ shù）, is a sport item created by the Chinese people during a long time of historical development. Chinese martial arts on the whole pursue the effect of wrestling and exercise with the use of one’s arms, legs and various cold arms.

It is generally estimated that the origin of Chinese marital arts can be traced back to the primitive society. At that time human beings fought wild animals with clubs as their weapon, and thus acquired some experience on defense and attack. In the Shang Dynasty field hunting came into being and was further regarded as an important way of martial art training. 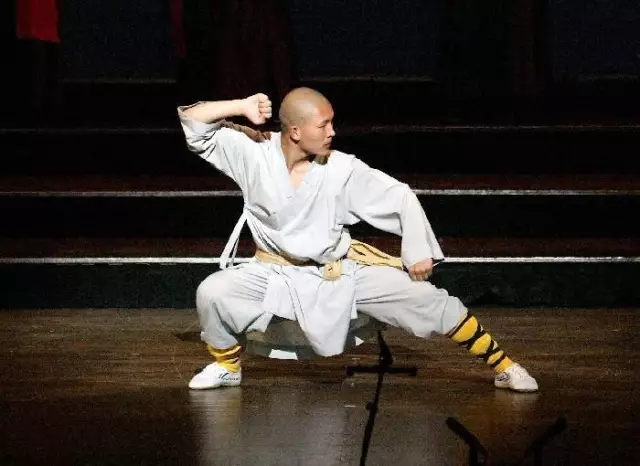 During the period of Shang and Zhou Dynasties, martial art was a form of dancing. “Martial dance” was used to train the soldiers and boost their morale. It is said that the “Five Animals Play”（五兽戏 wǔ shòu xì）first created by Hua Tuo is the origin of Chinese martial arts. Along with the constant development of martial arts, many divisions were formed, among which Shadowboxing（太极拳 tài jí quán）, Wudang Sword（武当剑 wǔ dāng jiàn）,Long-style Boxing（长拳 cháng quán）, and Shaolin Boxing（少林拳 shào lín quán） are very famous.

In the film Crouching Tiger, Hidden Dragon（卧虎藏龙 wò hǔ cáng lóng）, the knight-errant played by Chow Yun-fat and Zhang Ziyi fly swiftly above the bamboo jungle and their swordplay made numerous people marvel at the wonder of Chinese martial arts. While in the movie Enter the Matrix, Keanu Reeves uses Chinese martial arts to fight his enemy: Chinese martial arts romanced by scientific technology spell the audience into ecstasy.

Chinese martial arts are in fact not exactly to fly up and down or around as was shown by film stunts, but the agile and elegant image is indeed one of their characteristics. Meanwhile, the imitation of animal behaviors is also one of the basic features of martial arts.

During its development in the thousands of years of Chinese history, martial arts have always attached great importance on etiquette and morality. “Advocate the martial arts and uphold morals”（崇尚武术崇尚道德 chóng shàng wǔ shù chóng shàng dào dé）. Integration of fierce attack and defense tactics into life cultivation are the embodiment of traditional moral concepts in Chinese martial arts.

Chinese literature works are always in praise of the knight-errants’ spirit of fighting against tyranny and helping the good people. Huo Yuanjia（霍元甲） and Lee Xiaolong（李小龙）have become the symbols of Chinese martial arts.

0 responses on "How many kinds of Kungfu do you know?"