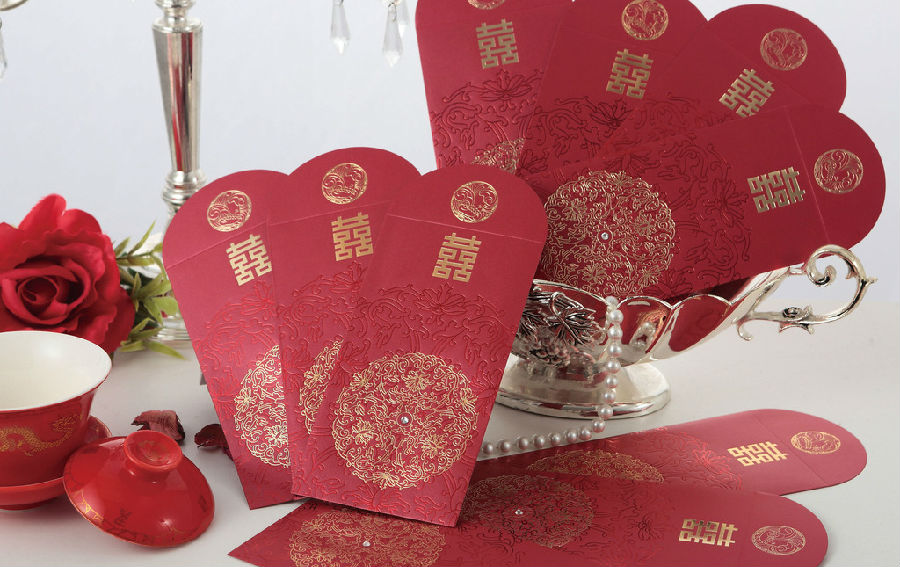 "红包" (hóngbāo) originally referred to the red paper packets containing money as a gift from the older generation to the younger generation in Spring Festival. Later, it generally refers to a monetary gift which is given during holidays or special occasions such as wedding, graduation, enrollment, promotion, birth of a baby or other important gatherings, showing gratitude, or intention to reward or bribe someone.

The red packet given during the Chinese New Year is also called 压岁钱 (yāsuìqián), which literally means "suppressing age money", which is supposed to stop children from getting older. This comes from the belief that everyone becomes one year older on New Year's Day. Red is the lucky color and will bring good luck to the person receiving the gift.

Giving red packets during the Spring Festival is a tradition in China. Usually, the immediate family gives red packets to the children on New Year's Eve. Money given in this way may not be refused and the pretty envelopes add sincerity to the gift. How much will you give in each red packet?

As Chinese kids get "lucky money" from their parents and relatives, American children get Christmas presents from Santa Claus.

The weddings can also be a "burden" because, according to the Chinese tradition, guests should give the couples a red packet containing money as blessings.

0 responses on "Red packets in the Spring Festival"