Is the Year of the Rooster a lucky year for you? 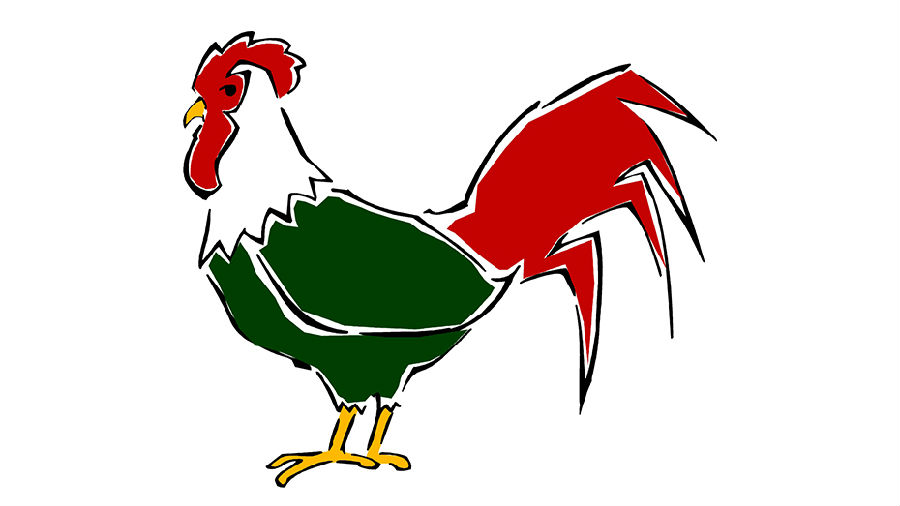 What the Year of the Rooster Is

Are You a Rooster?

People born in the year of the Rooster are called "Roosters" in China. However, Rooster years are generally dated by the Chinese lunar calendar (starting on Chinese New Year), so if you were born in January or February, check whether you're a Rooster.

In Chinese element theory, each zodiac year is associated with one of five elements: Gold (Metal), Wood, Water, Fire, or Earth, which means that a Fire Rooster, for example, comes once every 60-year cycle.

Five Types of Rooster — Which One Are You?

It is theorized that a person's characteristics are decided by their birth year's zodiac sign and element. So there are five types of Roosters, each with different characteristics:

Fire Rooster1957, 2017 Trustworthy, with a strong sense of timekeeping and responsibility at work

Earth Rooster1909, 1969 Lovely, generous, trustworthy, and popular with their friends

The Luckiest Things for Roosters

Lucky days: the 4th and 26th of any Chinese lunar month

Things That Roosters Should Avoid

People born in a year of the Rooster are very observant. Hardworking, resourceful, courageous, and talented, Roosters are very confident in themselves.

Active, Amusing, and Popular Among a Crowd

Roosters are always active, amusing, and popular within a crowd. Roosters are talkative, outspoken, frank, open, honest, and loyal individuals. They like to be the center of attention and always appear attractive and beautiful.

Roosters are happiest when they are surrounded by others, whether at a party or just a social gathering. They enjoy the spotlight and will exhibit their charm on any occasion.

Roosters expect others to listen to them while they speak, and can become agitated if they don't. Vain and boastful, Roosters like to brag about themselves and their accomplishments.

Their behavior of continually seeking the unwavering attention of others annoys people around them at times.

Roosters are Healthy and Enjoy Sports

People born in a year of the Rooster are typically healthy people. They are active and enjoy sports, such as hiking and swimming. Roosters don't get sick very often because they tend to fight illness well. Even when they do become ill, they feel better quickly. Roosters are a little sensitive, and they feel stressed and moody at times.

The Best Jobs and Careers for Roosters

Roosters are more motivated than other animals in the Chinese zodiac, making their careers a priority in their lives. Roosters are hard working, multi-talented, and can deal with a variety of jobs.

How to Build Relationships with "Roosters"

Roosters are loyal and they make devoted friends. They always keep their promises and are always true to their word. Sensitive individuals may find it hard to get along well with Roosters, because they always brag about themselves and their accomplishments, which may make others uncomfortable.

People born in a Year of the Rooster will have mixed weal and woe in this Year. This is mainly because both lucky and unlucky stars will shine on them.

People born in a year of the Rooster can still, earn a significant amount, but will have to try hard. So they need to urge themselves that there is no reward without input. When they work hard, they can earn a considerable amount from their career, and, at the end of the year, they can accumulate substantial wealth.

As Roosters are in their zodiac year in 2017, they are in a year filled with bad luck. Therefore, they should just do their best and let things be, without setting their sights too high.

Businessmen will have to deal with operational pressures in 2017. Their expenses will increase, so they should plan to set a budget in advance. Instead of investing all their money, they should save money.

Roosters are in their zodiac year in 2017, so they will be unlucky and need to work very hard. However, there are two lucky stars related to careers, which can help them.

One star is Jiangxing, which means Roosters' in leadership will have luck. Roosters can achieve success by leading a team.

Another star is Jinkui, which means Roosters who are creative will be approved by their superiors. Their recognition, however, might not match their efforts.

Roosters are recommended to "do more and speak less" at work in 2017. They should work very hard to benefit from scant opportunities.

As it is an unlucky year for Roosters in 2017, so they will need to pay more attention to safety and health. Besides themselves, they will also need to take care of their families. When going out, they will need to watch out for steps and obey traffic rules when driving.

In 2017, Roosters might get lazy and upset, but they will need to encourage themselves. They should make some charity donations to increase their luck.

If you have been in a relationship for years, then 2017 is a good time for you to get married. Even if you don't have enough money or preparation time, these problems can be overcome with true love.

If your relationship doesn't progress, you should consider breaking up, especially for those Roosters who are 24 or 36 years old.

With so much pressure from work and emotional upheaval, Roosters have to calm down in order to handle romantic issues. Don't make a wrong decision on impulse.

Single Roosters will have the chance to find a partner, but the relationship might not be very stable, so be patient as it progresses.

Best with an Ox or Snake

Worst with a Rat, Rabbit, Horse, or Pig

0 responses on "Is the Year of the Rooster a lucky year for you?"