A Briton’s special affection for the Great Wall 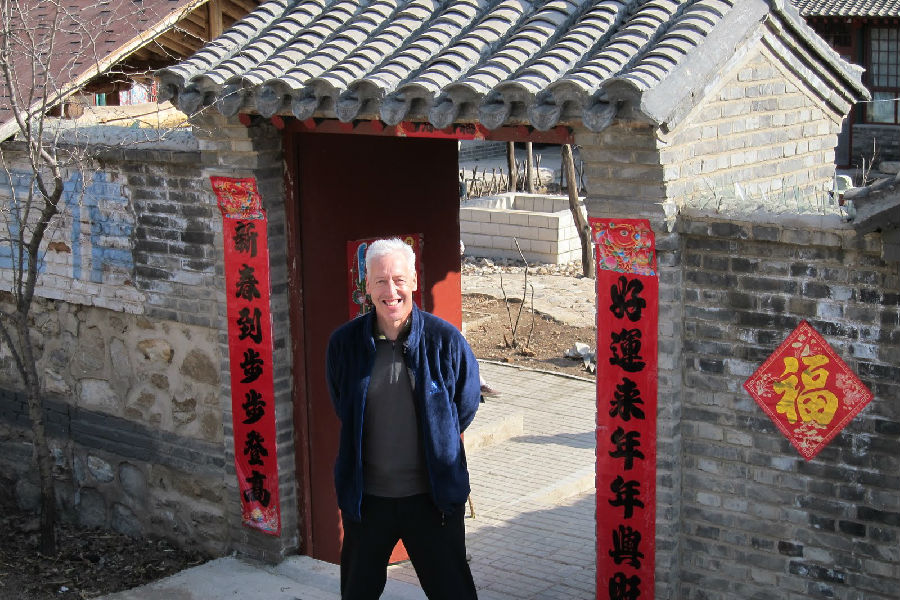 William Lindesay has been obsessed with the Great Wall of China since seeing it in a school atlas as a child in England, and last year embarked on an epic journey to fulfil a lifelong ambition – to film the wall in its entirety from the air. He told the BBC's Anna Jones about this quest.

"The Great Wall is an amazing sight, and it deserves to be seen in its best light," says William from his home in Beijing.

Unable to shake his childhood fascination, he moved to China from Wallasey on Merseyside in 1986 "for the wall", and has since researched it extensively, writing several books and gaining an OBE for his work.

The wall most tourists see today is in places like Badaling, an easy day trip from Beijing, where the stones and towers have been repeatedly restored.

"But there's more to the wall than that," says William, who trained as a geographer. "Before the tourist wall that people flock to, there were many other 'Great Walls of China'." 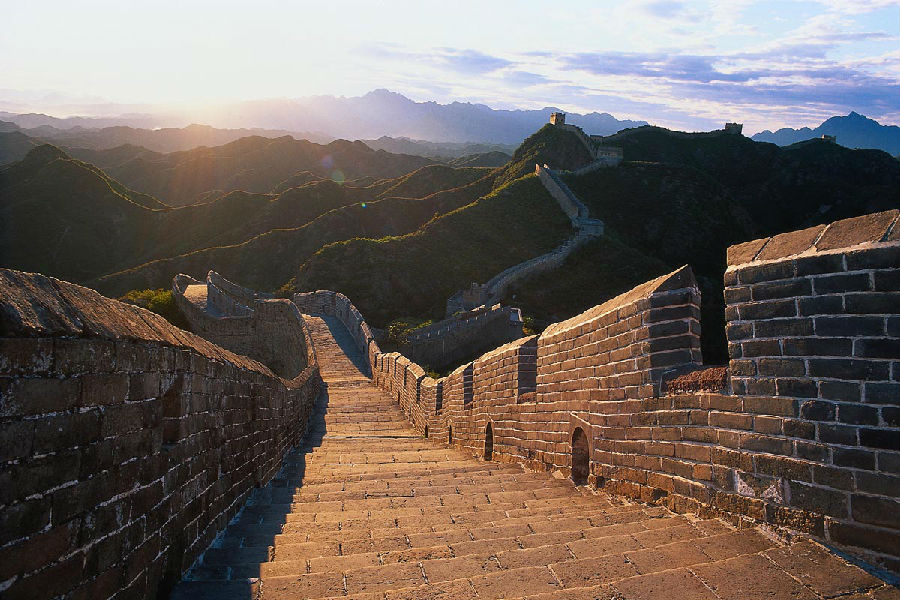 Sprawled across northern China and into Mongolia, the creation of these various walls spanned centuries and ruling dynasties. The oldest parts date back more than 2,000 years.

In some places towering stone and in others heaped-up earth, the walls have variously served as highways, defensive fortresses, a communication network and even a fence to contain migrating animals.

"Over the past 30 years I've been looking at all of these walls, as far as possible," says William. "My travels have taken me all over northern China, even as far as Mongolia."

In the 1990s, he and his wife, Wu Qi, bought a farmhouse at the foot of the wall, and would spend most weekends there exploring it.

Photography has always been important, says William, whether the images were "just beautiful or whether the architecture, the design features had a meaning that I wanted to explain in my writing".

But in 2016 his sons, Jim and Tommy, had a suggestion for seeing the wall in a whole new way, and began, as they put it, pestering him to buy them a drone.

"I was very concerned they'd come back from the first trip without the drone," says William. He eventually caved, and the results, coupled with some self-taught editing flair from his sons, have been "out of this world".

"Over the years, publishers and filmmakers have come to me and said, let's do the Great Wall from the air," he says.

"My typical reply was that unless you've got millions and millions of dollars, and high-level contacts with the government and the armed forces, who control the skies, then forget it.

"In this way drone technology is a godsend."

So armed with their drone and with a travel agency sponsor, the family spent a total of 60 days tracing the walls in 2016, celebrating William's 60th birthday and his 30th year of living in China "for the wall".

They began in July at the Old Dragon's Head, the point where the Ming dynasty-era Great Wall meets the sea in the east, and followed it westwards, branching off to explore the older Zhao wall, dating back to 300BC, then hundreds of kilometres further west, the Han dynasty wall.

That was followed in August by a flight to Ulan Bator in Mongolia, from where they camped in the wild while tracing what is marked on old maps as the Wall of Genghis Khan.

William calculates the entire journey to have been some 15,000km (9,320 miles) and says flying the drone over these remote areas gave a whole new perspective on the ruins.

"When you go to Mongolia, you find a wall that doesn't actually excite you. You can barely see it in the broad light of day.

"Very early in the morning, just before sundown, if you're lucky you get low angle sunlight, you can see the shadow of this structure not snaking, but streaking straight across the steppe."

But from the air it becomes "a phenomenal sight… with the empty steppeland, golden sunlight and the mound underlined by very very dark shadow"

"In my mind of all the shots that the boys took of the Great Wall from the air, that is the most surprising, because it just looks so amazing, the wall in that completely empty landscape, you feel as though you're on the very edge of Central Asia."

William is also clearly fascinated by the role the wall has played in the history of the Chinese people. Seeing it from the air, he says, helps an observer get in to the mind of its creators.

"We see the twists and turns, and we ask, why did it twist and turn there? Why did they route it along there, and not along there?"

"The land beside the wall where the builders established their camps, their villages, where they sourced all their building materials – I view this as the Great Wall's historical landscape."

Beyond the romance of travel and photography, this contrast of old and new underlines the other reason for their trip.

"There's a lot of hullabaloo always about how long the Great Wall is, and stories about the wall getting shorter because it's getting damaged," says William.

"So I'll be looking at the footage and, trying to work out how close things are getting to the wall.

"There are laws and regulations made in the last 10 years to protect the Great Wall landscape, and I'm going to be interested to see how the reality matches up."

2 responses on "A Briton's special affection for the Great Wall"