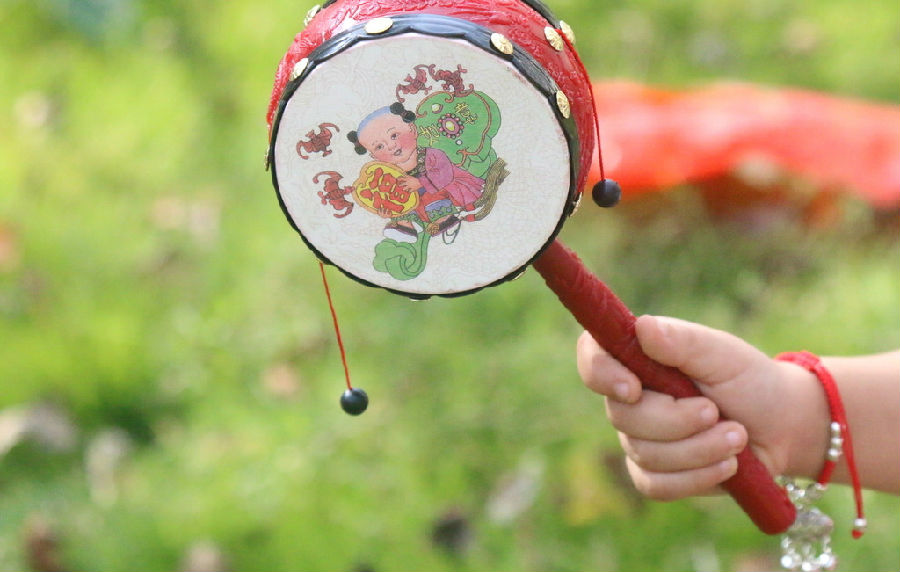 The rattle drum (拨浪鼓; bō làng gǔ) is one of the oldest and most traditional toys in China. It is a small double-sided drum with a handle and a wooden ball hanging from a string attached to each end of the edge to beat the drum. When swayed, the balls on both sides will beat the drum, making rattling sounds. 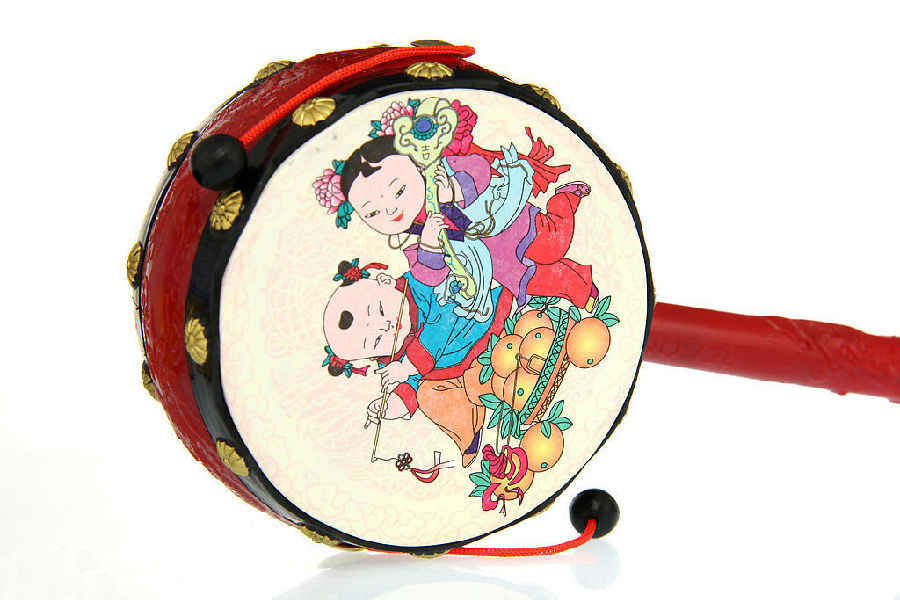 The earliest form of the rattle drum appeared in the Warring States Period, when it was used as a percussion instrument. In the Song Dynasty, the rattle drum found its way in rites, music and business activities. It also became a toy for children, enjoying huge popularity, thanks mainly to its sound effect and recreational function.

When crying their wares, peddlers are shouting in a cadenced voice to attract buyers. Likewise, the rhythmic sounds of a rattle drum are easy to draw attention. And the shape of the drum makes it a work of art. Even the practical drum used by a peddler is invariably recreational and creates a happy, relaxed and fun atmosphere when it is shaken to drum up business. 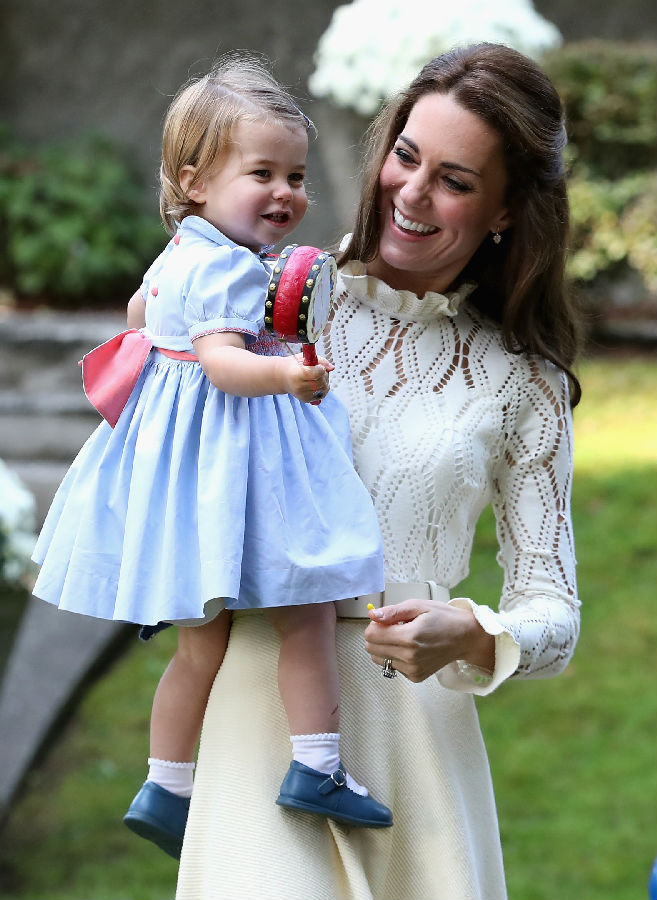 During the British royal visit to Canada in 2016, Princess Charlotte played a rattle drum. 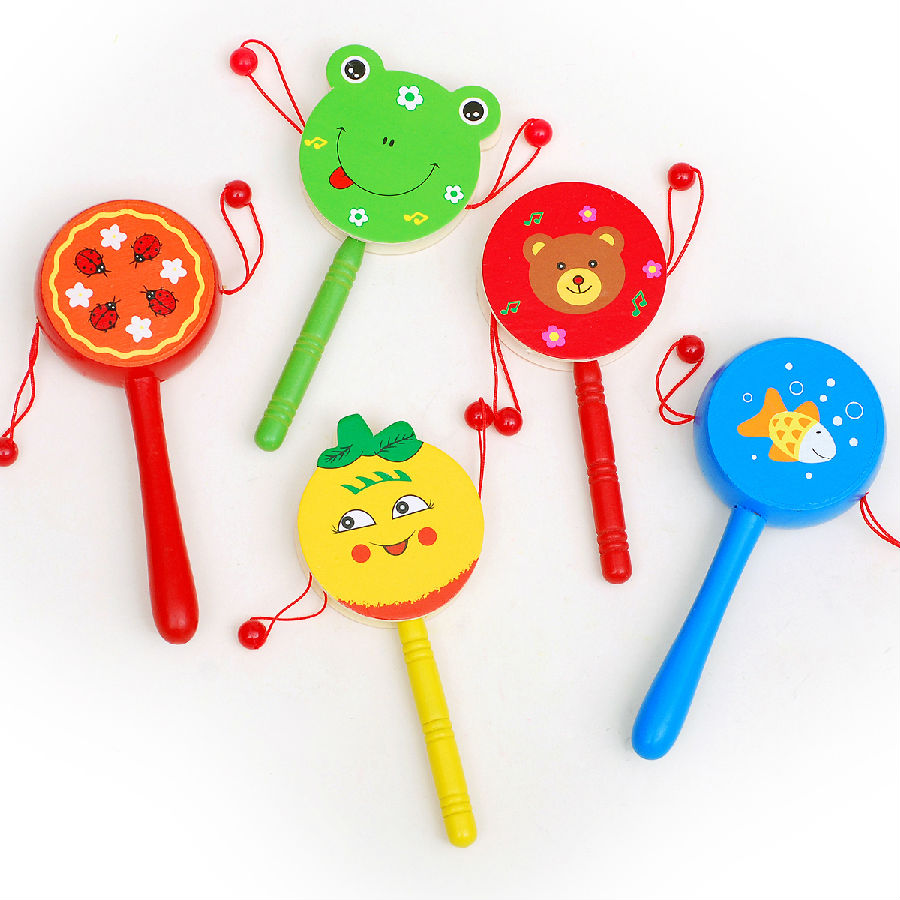 Even today, lots of stalls selling rattle drums can still be found at temple fairs, with the rattling sounds drifting in the air. After years, they are still popular toys for toddlers nowadays, some have variations.