China is not usually the first place that comes to mind when global ski destinations are mentioned, and many are surprised to learn that there are more than 500 ski resorts in the country. The announcement that Beijing would host the 2022 Winter Olympics – becoming the first city to host both winter and summer Olympic Games – was an eye opener for skiers around the world.

While China's ski resorts are not blessed with the abundant powder snow that is dumped on northern Japan each season, its resorts are steadily improving their services and infrastructure and offer a viable alternative for skiers living in Asia, particularly those new to the sport. 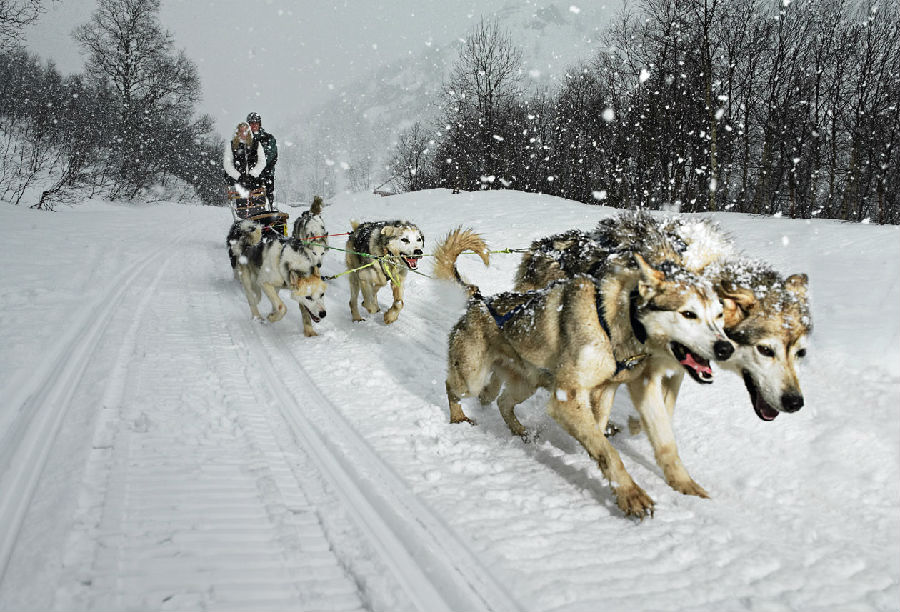 Many of the components that make up a truly international ski resort are evident at Changbaishan International Ski Resort, which has been ambitiously developed by Wanda Group – China's largest conglomerate and the country's biggest property developer.

For what the resort lacks in terrain (438 metre vertical makes for fairly short runs) it well and truly makes up for in infrastructure. Two high-speed gondolas, three six-person high-speed chairlifts, 10 magic carpets and two rope tows service 43 runs, which more than cater for the many domestic (and some international) tourists escaping to the luxury destination in China's Jilin Province.

Changbaishan's location in China's northeast also means that it relies comfortably on natural snow for its base which, though taken for granted in many resorts around the world, is somewhat of a luxury in China. The mountain is best suited to beginners and low intermediates (for whom there is some excellent gentle terrain and plenty of open space); however, riders looking for more of a challenge can satisfy themselves in the mogul fields that often form on ungroomed runs.

The resort village at the base of the mountain has been designed to mimic a modern Swiss ski resort, with walk-through shopping streets, high-end hotels (Park Hyatt, The Westin, Sheraton, Holiday Inn), restaurants, fast food chains and a clock tower to boot. In such a remote part of China, it can be quite a startling sight.

All in all, it is one of China's better ski offerings, if not the best. 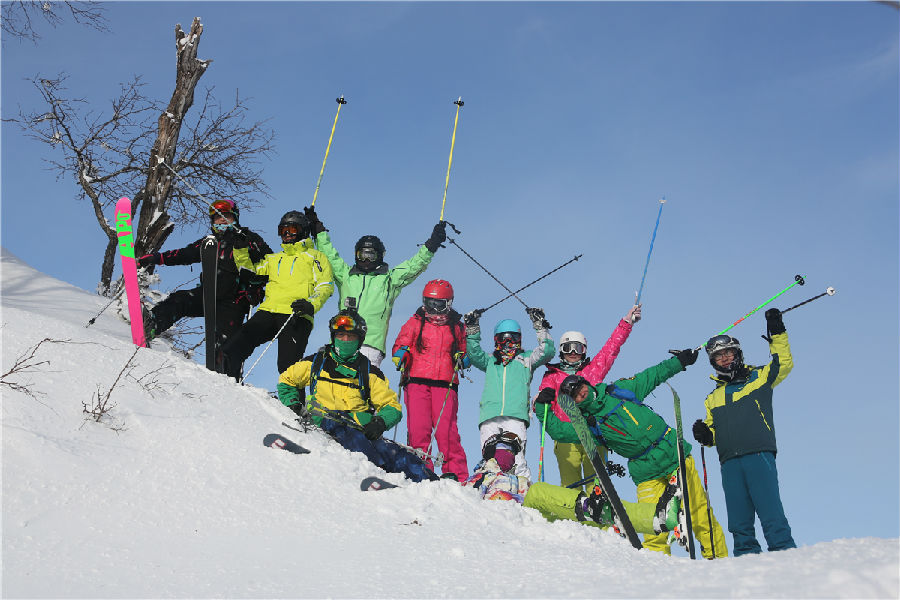 Beidahu Ski Resort is a personal favourite and, thanks to major developments over the last few years, is home to some of the best intermediate and advanced lift-accessed skiing in the country.

The ski resort is spread over two main peaks, both funneling back towards the resort base. The larger of the two has an elevation of 1457 metres, offering advanced skiers almost 1000 vertical metres of riding – the most of any ski resort in China.

In the past, Beidahu has been criticized for its lack of intermediate trails, but over the last few years more and more have been added. The front side of the resort now has  a number of manageable blue and red runs (served by a multi-chairlift system), while the runs from the top are much steeper and better suited to advanced riders.

In stark contrast to many of the other ski resorts in China, Beidahu's accommodation and dining options do not outshine its skiing. The Beidahu Lodge, a modest 200-room hotel stationed at the base of the resort, offers convenient mountain access and comfort without the price tag of a 5-star hotel.

Getting to the Jilin-based resort requires some some effort, needing a flight into Changchun Longjia International Airport and an additional 2.5 hour taxi trip to the resort. 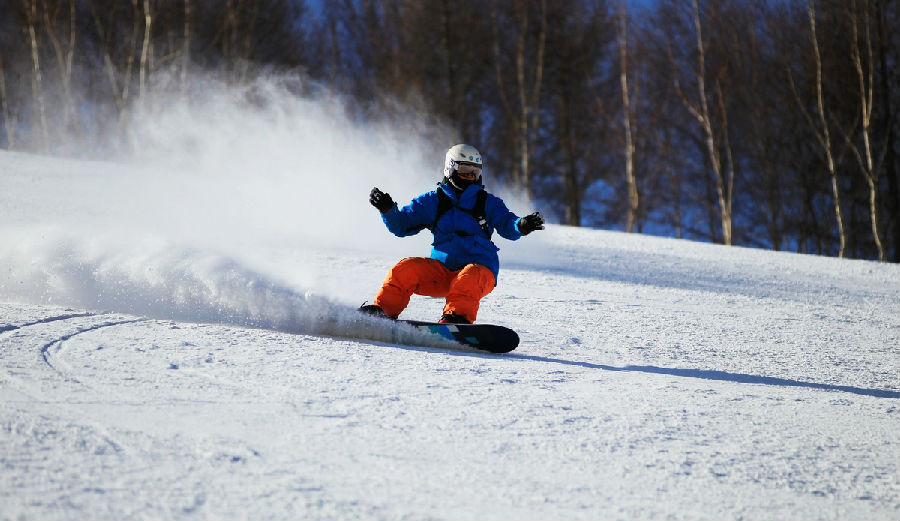 Wanlong Ski Resort, one of the designated locations for the 2022 Winter Olympics in Beijing, is less than a 4 hour drive from the nation's capital and one of the most popular ski resorts in the country. It also boasts an extensive lift system, with two high-speed gondolas, three quad chairlifts and a large magic carpet for beginner riders.

There are trails to suit most levels of skier, with a good mix of beginner, intermediate and advanced terrain. Like many of the Beijing resorts, however, natural snow is limited (although snow-making systems are as good as any in the country) and crowds can be a genuine hazard.

Thanks to an elevation of more than 2000 metres, Wanlong's season often lasts from the beginning of November to the end of April – the longest of any ski resort in China. 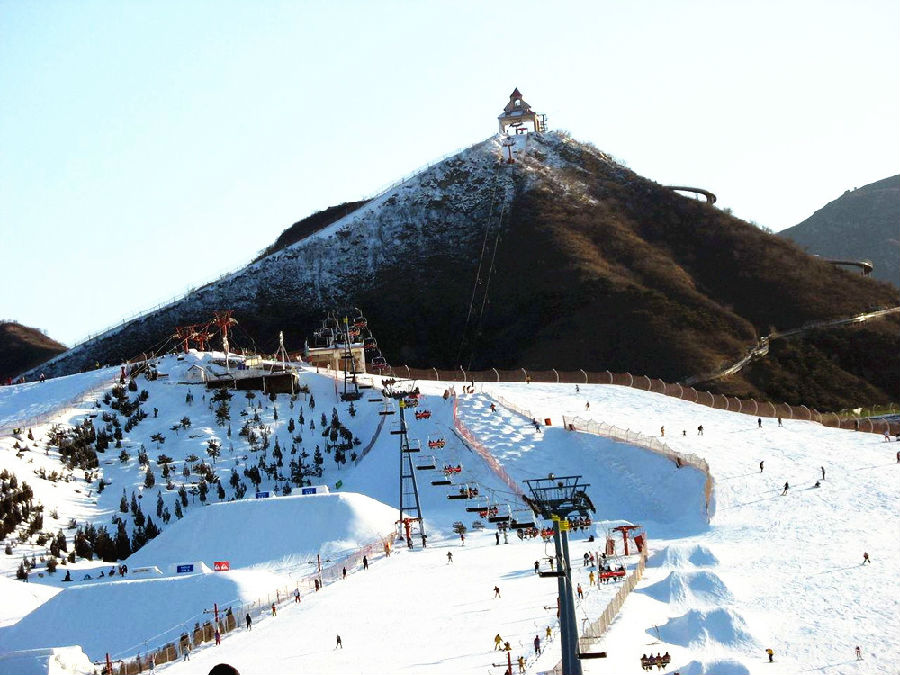 Nanshan is one of Beijing's better-known resorts and is just 30 minute drive from the 3rd Ring Road on the Jingcheng Expressway. Due to its accessibility, the resort draws large crowds during its short season, which usually lasts from late November through to March.

25 runs are serviced by quad chairlifts, 16 drag lifts and four magic carpets, which offer a decent spread of beginner, intermediate and advanced terrain. The beginner areas of the resort are particularly generous – and they need to be, given the number of new skiers arriving in busloads from downtown Beijing.

The resort's location in the north-western outskirts of Beijing means that it relies almost entirely on snow-making machinery for its cover, though it does see sporadic snowfalls throughout the season. It is well equipped, though, with 29 state-of-the-art snow-making machines and 3 European-made groomers.

Nanshan Ski Village has also developed a reputation as one of the hotspots for China's burgeoning snowboard scene, mostly thanks to the existence of the Nanshan Open – a slopestyle competition first started in 2003 by a group of friends which, at the time, featured just a few riders and a case of beer as the major prize.

In 2016, Red Bull will take the competition into its 14th year (10th as the title sponsor).  It is now the largest slopestyle competition in Asia on the World Snowboard Tour, and has hosted some of the world's top riders, including Mathias Weissenbacher, Jeremy Thompson and Juuso Laivisto.

As a result of the Nanshan Open's success and a growing snowboarding community, Nanshan has invested a lot of time and resources into its terrain park, which is now one if its major draw cards. Created by the experienced MellowParks.cn crew, it has become one of the top training grounds for the country's best riders. 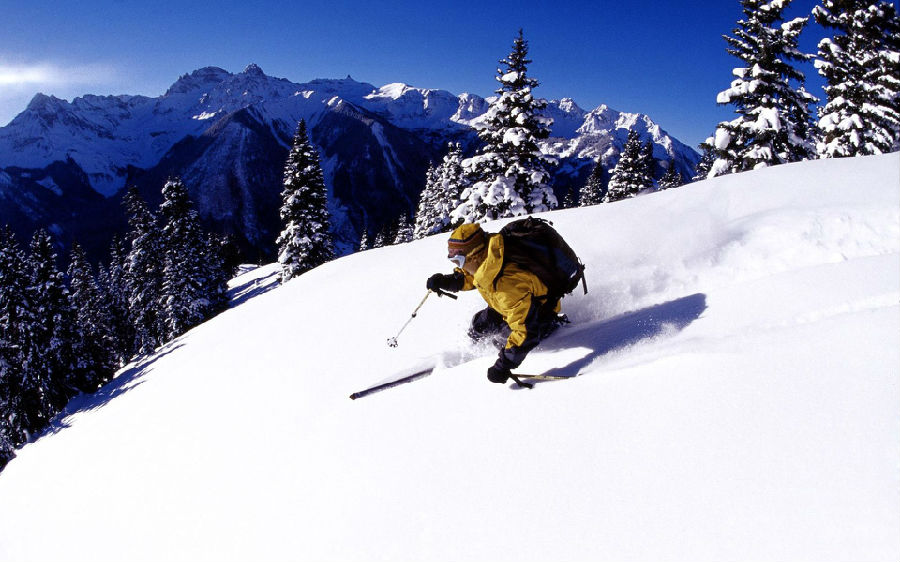 Yabuli is still considered to have the best skiing in China by many – particularly for advanced riders. Its location in China's Heilongjiang province means more natural snow than many of the resorts in China, and the snow is dry and light. Powder days are rare but, on occasions, quite good (see the photo).

Yabuli is often thought of as a single ski destination, but it is actually comprised of two resorts – Yabuli Ski Resort and Sun Mountain Yabuli. They don't differ from each other significantly; however, Sun Mountain Yabuli has a more extensive beginner terrain and is better suited to those new to skiing or snowboarding.

Getting to Yabuli can be  a little difficult as it's a solid 3 and a half hour drive from Harbin Airport even if the road conditions are good. Guests who arrive in Yabuli will find very limited accommodation – a scattering of 2 and 3-star hotels in a ski resort town that is not particularly lively, even during peak season (Yabuli Town is actually 20km away from the resort).

Club Med Yabuli (a large all-inclusive hotel located at Sun Mountain Yabuli) is the one exception, and offers a classic Club Med-style experience, with restaurants, bars, high-end facilities, international staff, and a properly trained team of snowsports instructors. But, of course, it requires you to be staying at the hotel.

Yabuli is a destination either for a serious adventurer or someone willing to pay the premium for a Club Med holiday.