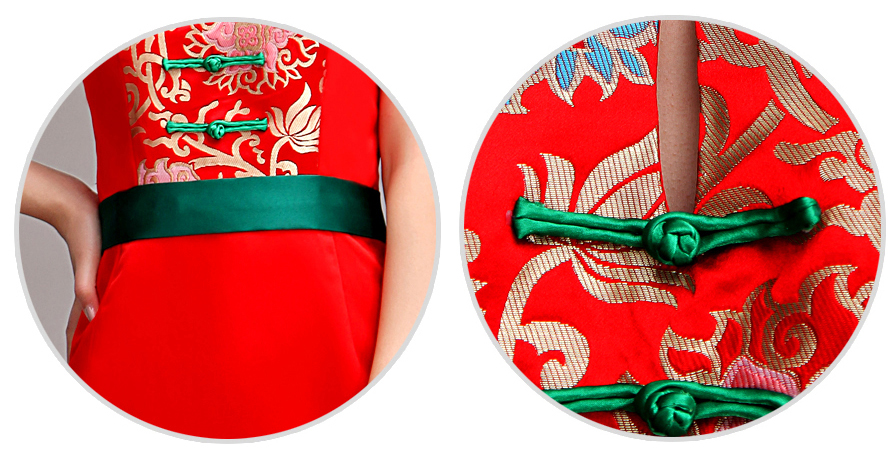 The knot button, 盘扣 (pán kòu) in Chinese, is a distinctive feature of traditional Chinese apparel. Even today, it is still highly visible on garments like 旗袍 (qí páo; cheongsam). Though normally associated with tradition, the knot buttons are currently enjoying renewed popularity.

The history of knot buttons dates back to the prehistoric era, when ropes were first used as a primitive form of belts. The earliest written records come from the Zhou Dynasty (about 1100 BC – 256 BC), nearly three thousand years ago. In the 4th century BC, the knot button took its present form and remained largely unchanged until the Qing Dynasty (1644 – 1911). 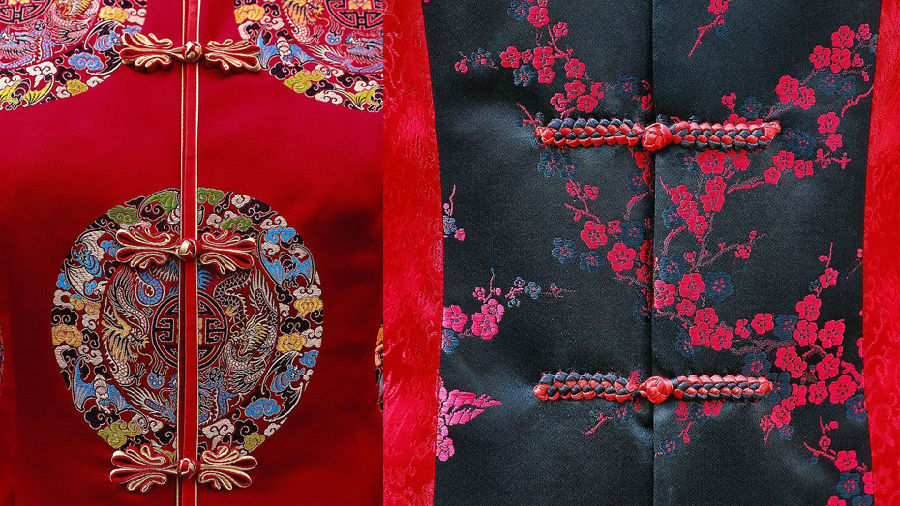 The knot button is widely used in the traditional garments of China. They are usually made of cords woven from cotton, although certain intricate patterns and designs would require the use of metal wires.

Knot buttons come in a dazzling array of varieties, ranging from plain and simple straight knots to elaborate flowery knots. However, generally speaking, the two major groups are distinguished on the basis of utility and ornament. 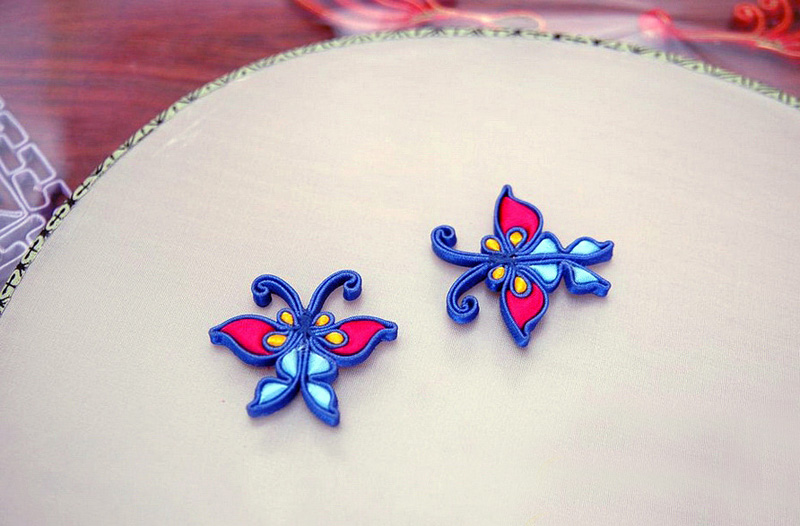 Recent years have seen a flourishing of knot buttons in contemporary clothing. Knot buttons of various shapes and sizes are being used on different types of garments. Each pattern of knot button has a picturesque name representing its image. Among the most popular designs are butterflies, rosebuds, and diagonal cross-weaving. Used on different garments, knot buttons convey the spirit and temperament of different eras.

Of all knot buttons, the tried and true hand-made ones are the best liked and admired. They represent the creativity and inspiration of their makers, and are appreciated for their distinctive aesthetics. Because of this, the making of knot buttons has become a hobby for more and more urban dwellers in China, while modern elements are being fused into the ancient art.