What do Chinese women do after giving birth? 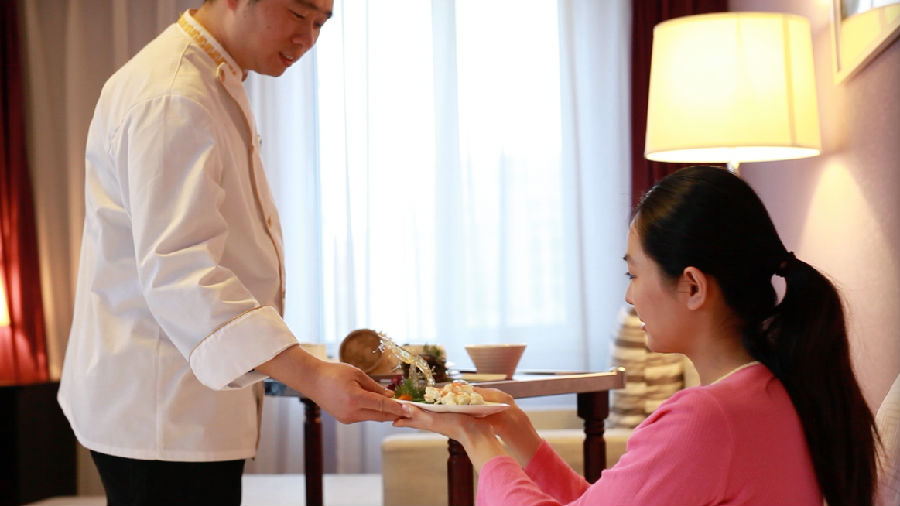 Recently, I had dinner with a friend. We were chatting away, when she reminded me of the time she had to drink her pork soup through a straw.

"There was so much fat floating on the top, I just had to go under," she recalled.

You might be forgiven for thinking she was weight-conscious, on a diet or just not a big fan of fatty soup. But the truth is that she was forced to drink huge quantities of pork broth after giving birth – in a ritual known in China as 'doing the month'.

Chunky Chinese meat soup is highly nutritious, so it's little surprise it's seen as a popular booster post-birth. A woman's body (and mind) can undoubtedly benefit from taking on a little extra protein and energy after pushing out a baby.

In China, this awareness about what a new mother needs goes much, much further. It is distilled into an entire month of recovery, known as 'Zuoyuezi' or 'sit the month'. But it might be fairer to call it 'a month of lying down' – or even 'confinement'.

Zuoyuezi broadly comes down to two concepts: restoring nutrients and restricting movement. You can also interpret these as lots of food but not moving much. It's no wonder so many Chinese women pile on the pounds after birth.

Most Chinese women, in fact, all the Chinese women I know, adhere to these rules in some form after giving birth. But those who really end up 'confining' themselves in an orthodox way are few and far between today – at least among active, city dwellers.

Those in rural China are more likely to practice Zuoyuezi in its purest form – there, the thousand year post-birth recovery rituals, written into ancient texts, are still practised today. They include not taking a shower or brushing your teeth for a month (yes, really), or even going outside in case you catch a cold. Opening the window is a no-no, and keeping warm by tucking yourself in with layers of duvets is a must.

Chinese medicine's take on gynaecology emphasises "keeping warm" as one the biggest considerations for women's health. During menstruation, for example, anything cold is forbidden: most women will have had it drilled into them that they must not touch or drink anything chilled, during their period.

There's a strong belief that not doing the month properly will leave women with chronic – albeit minor – illnesses, aches and pains.

Thirty-one-year-old investment banker Ms Jiang, who grew up in south China and attended university in the UK, tells me that when she has her second child, she is determined "not to bathe for a month". She worries that taking a shower might cause her to "catch a chill".

Activities that expose the lower body to cold are thought to potentially harm the reproductive cycle and impede recovery. "I'm guessing that the outcome will be better if I adhere more strictly to the zuoyuezi rules," adds Jiang.

Experts recommend gentle exercise – like the kegel – and eating balanced meals, as a healthier take on zuoyuezi.

Research shows that movement and exercise are important for post-birth recovery. Zuoyuezi in the traditional sense is far from evidence based.

Yet, for many women, 'doing the month' is simply a period of welcome time off. A month of lying on your back and drinking soup? For some new mothers that sounds like bliss – just make sure to have a straw handy.

0 responses on "What do Chinese women do after giving birth?"