The death of panda Jia Jia, whose age in human terms was more than 100 years, was announced by the Hong Kong theme park where she lived.

Her condition had worsened rapidly in recent weeks and she had lost her appetite, the park said.

She was put down by vets at Ocean Park, her home since 1999.

"She was a member of our family and she will be deeply missed… she has served as an important animal ambassador for her species," the park said in a statement.

The park said that in the last two weeks, Jia Jia's daily food intake had dropped from over 10kg to less than 3kg per day, and she had lost weight.

"Over the past few days, she has been spending less time awake and showing no interest in food or fluids.

"Her condition became worse this morning. Jia Jia was not able to walk about without difficulties and spent the day laying down."

Vets took the decision to put the giant panda down to prevent suffering, the park said.

In a statement obtained by BBC Chinese, a Hong Kong government spokesman thanked the park for providing Jia Jia with care and support and added that it was "saddened" by the news. 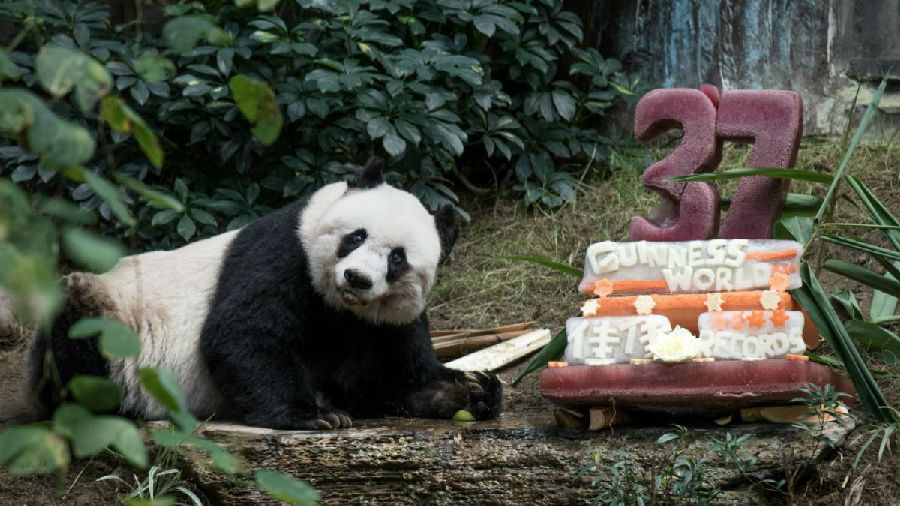 The park in Hong Kong held a high-profile celebration for Jia Jia's 37th birthday at her enclosure in July 2015.

Born in 1978 in the wild in Sichuan, China, Jia Jia was given to Hong Kong in 1999 to mark the semi-autonomous city's handover by Britain two years earlier.

Pandas normally live to around 20 years of age in the wild, and 25 in captivity.