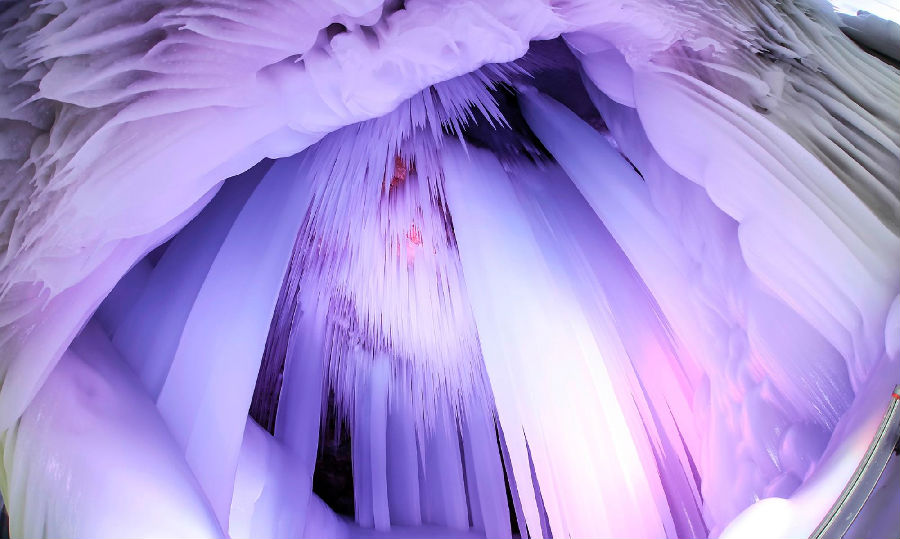 China's biggest ice cave is located in the northern province of Shanxi. At an altitude of 2,300 meters, the cave is more than 100 meters deep. It was formed around three million years ago.

The cave, in the Luya mountain in Ningwu County, Xinzhou City, is connected with Fenhe River, which is believed to provide water for the cave. The cave is less that half an hour's drive away from the headstream of Fenhe River. Once, as an experiment, a haystack was placed at the bottom of the cave and it disappeared, only to be found the next day in the river.

Scientists are still researching how the cave formed. Such caves are normally found in extremely cold areas such as Antarctica or Siberia, but Luya mountain is at a similar latitude to Lisbon in Portugal.

During World War II, war horses that were killed during fighting were stored in the cave, as the sub-zero temperature ensured the meat would keep and it could be eaten at a later time.

The wooden ladders in the cave are cleaned twice a day, otherwise they would collect layers up layers of ice. Because the ice continues to form, the ice cave changes all the time.

The cave is open for visitors from April to October each year, when a maximum of 3,000 people are allowed to enter daily.

In the past, villagers used the ice from the cave for medicinal purposes. However, to protect the cave, such behavior is now banned.

Take a look at the splendid views inside the ice cave: 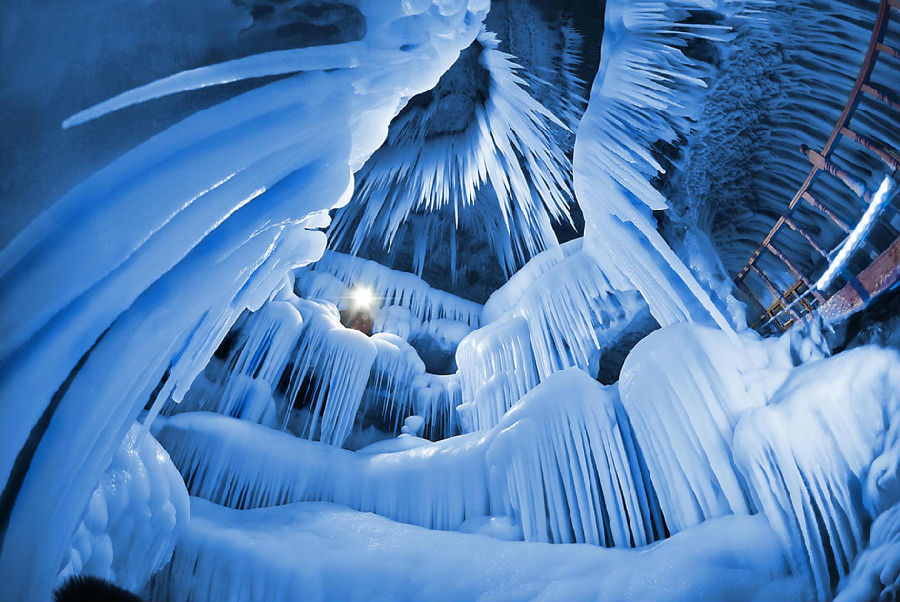 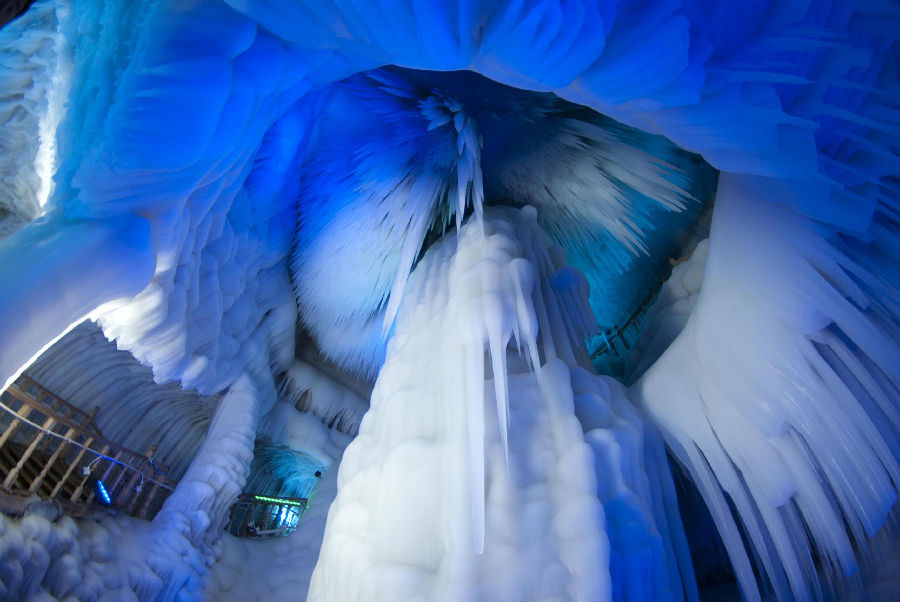 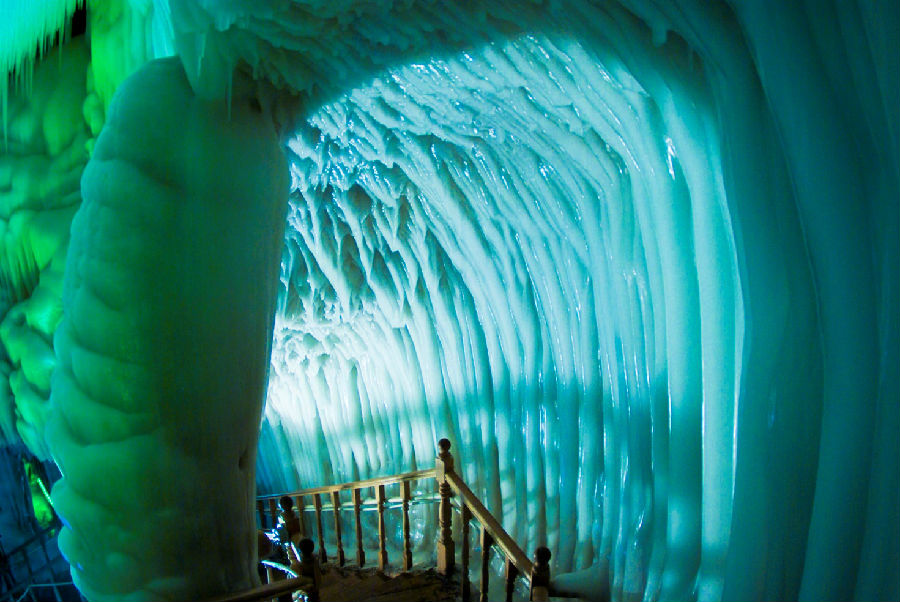 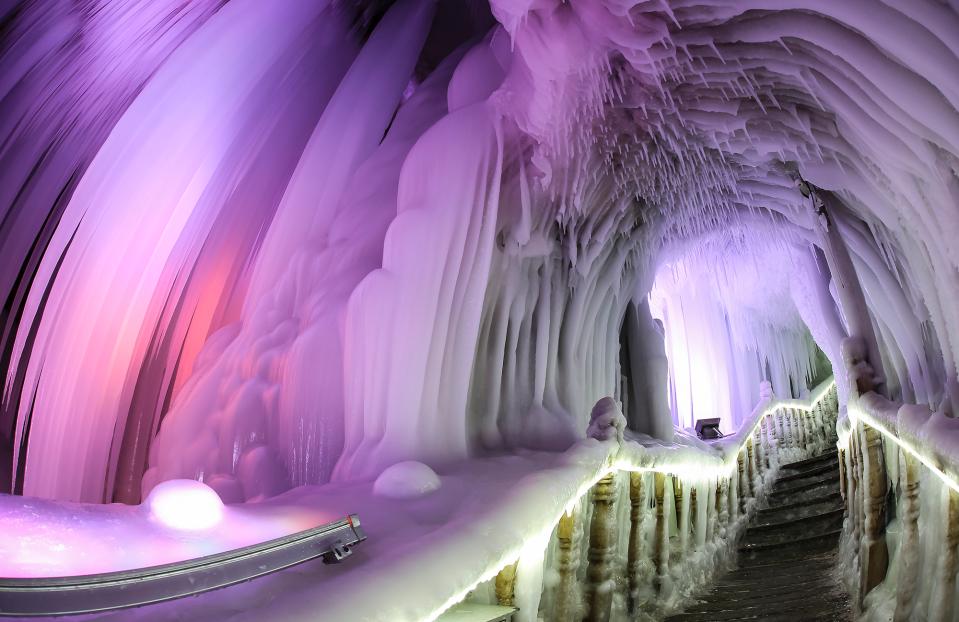 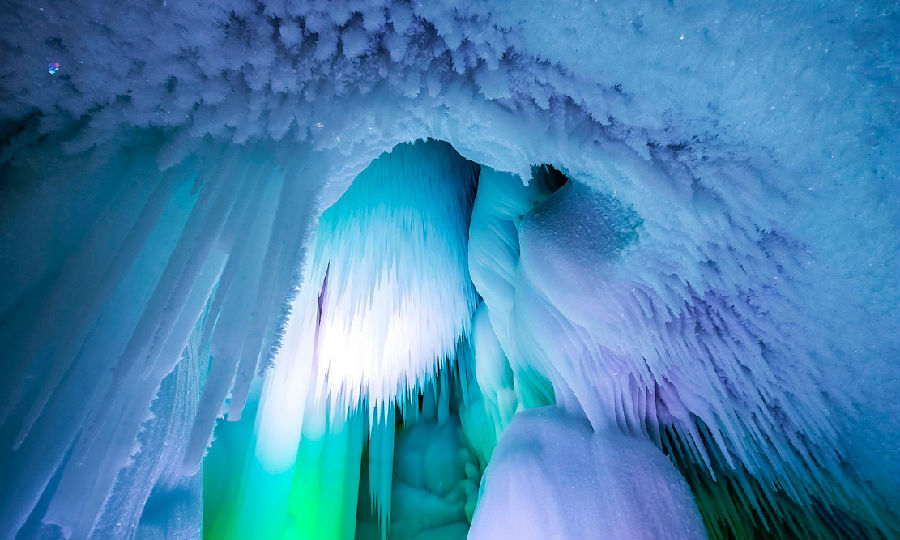 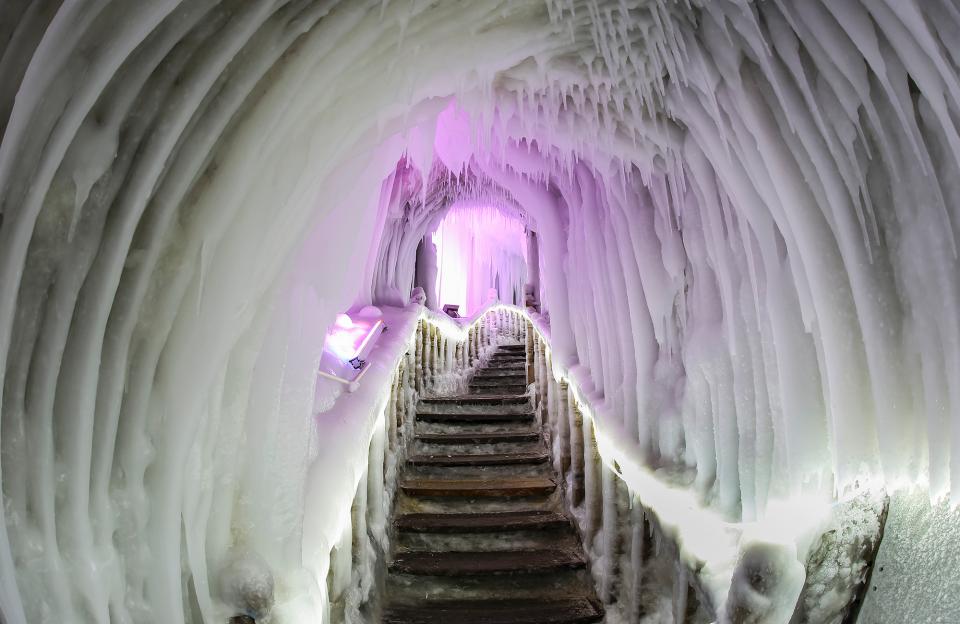 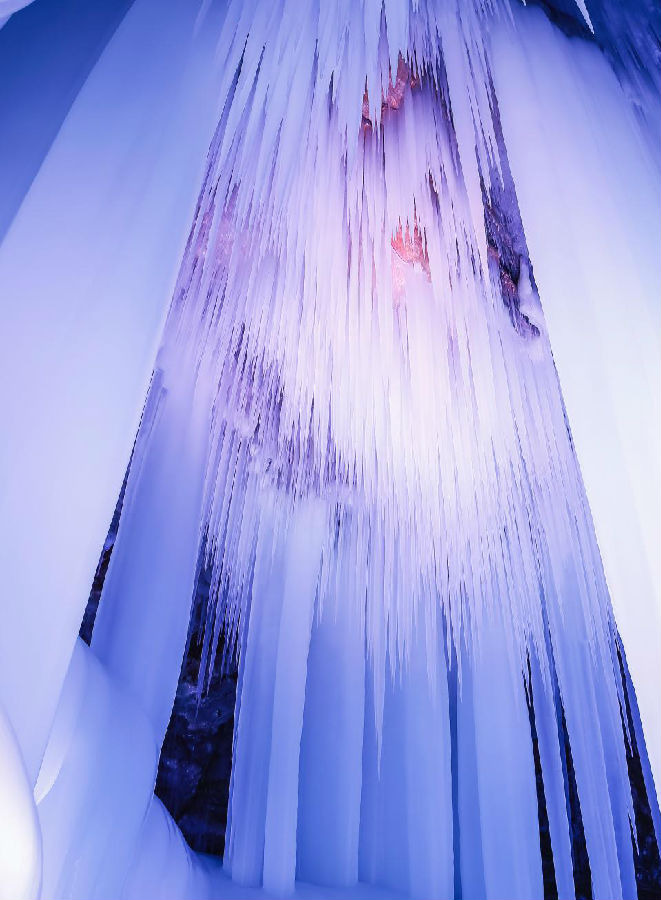 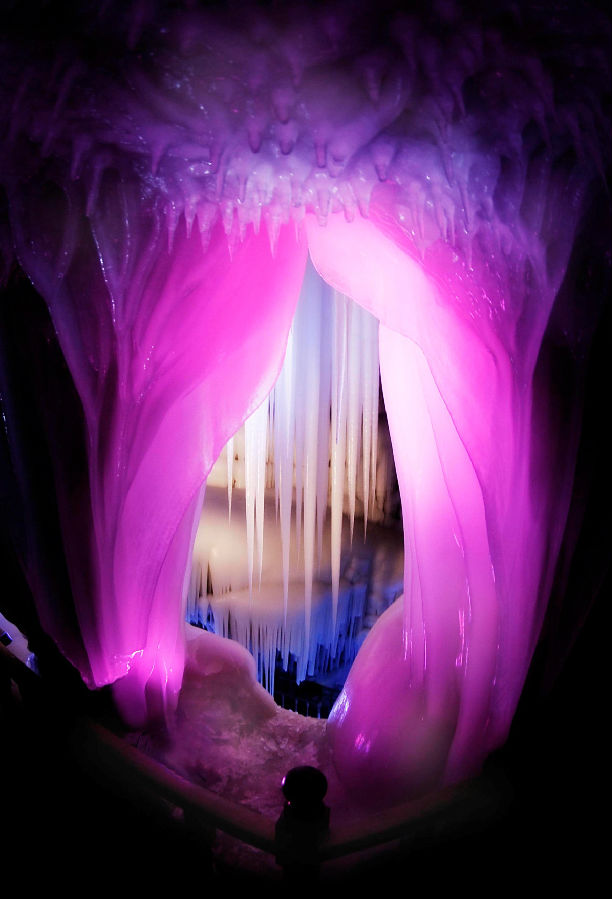