The 9th day of the 9th lunar month is the traditional Chongyang Festival, or Double Ninth Festival, which falls on Oct. 9 this year.

In an ancient and mysterious book Yi Jing, or The Book of Changes, number "6" was thought to be a Yin character, meaning feminine or negative, while number "9" was thought to be Yang, meaning masculine or positive. Therefore, the number nine in both month and day create the Double Ninth Festival, or Chongyang Festival.

Chong in Chinese means "double." Also, as double ninth was pronounced the same as the word to signify "forever", both are "Jiu Jiu," Chinese ancestors considered it an auspicious day worth celebration. That's why ancient Chinese began to celebrate this festival long ago.

Here are 6 things you may not know about Double Ninth Festival. The cornel (dogwood) is a species of evergreen arbor, which is a heavy-scented plant whose fruit is edible and stock and leaves can be medicinal materials. They can expel insects, get rid of the humidity, help digestion and cure inner heat. It puts out purple flowers in spring and bears in autumn, purplish-brown fruit that is sour and mild in nature.

The custom of wearing cornel twigs (dogwoods) was already very popular in the Tang Dynasty (618-907); an imperial edict made it an official day off for common people. Ancient people believed that planting cornel twigs on Double Ninth Festival could prevent diseases and avoid disasters. They also wore the cornel twigs on their arms or heads or put them in sachets. Most people that follow the custom are women and children, and in some places men also wear them. During the Song Dynasty, people sent each other colorful silk cut into cornel twigs or chrysanthemum and wore them. 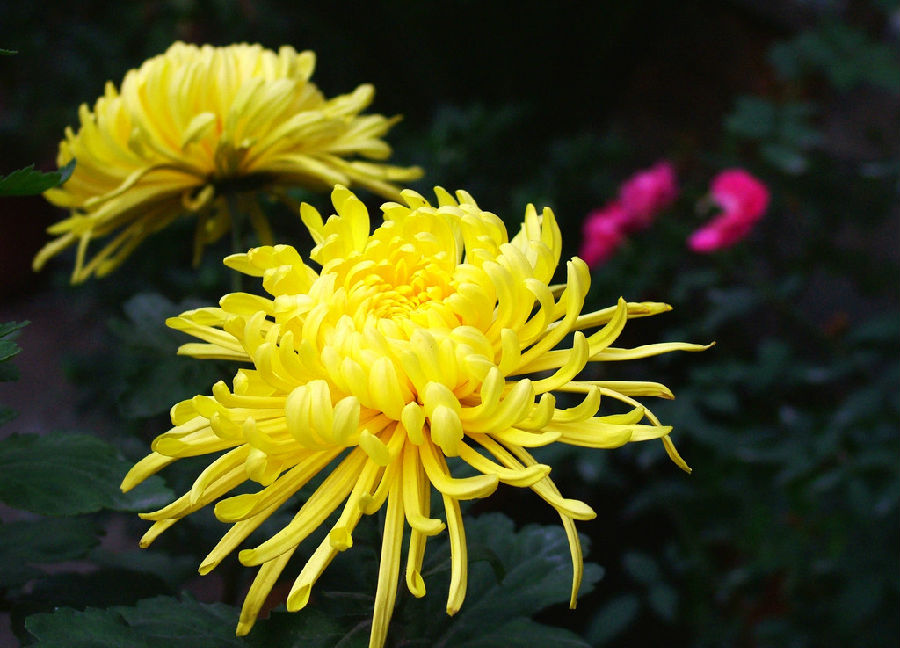 Chrysanthemum originated in China and was recorded in some Chinese books as early as the 5th century BC. The flower was introduced as imperial flower to Japan during the Tang Dynasty. Then it was introduced to Britain in the 12th century, to the continent of Europe in the 17th century and to the US in the 19th century. Also known as "yellow flower", chrysanthemum is of varied species in the composite family. Though its florescence lasts long, this perennial herb usually begins to bloom in the 9th lunar month, lending a festive flavor to the Double Ninth Day. That's why the month is also referred to as "the month of chrysanthemum".

The flower was favored by poets through the ages, because it is one of the only flowers that bloom in late autumn. It is said that Tao Yuanming, a famous poet of the Jin Dynasty, grew many species of chrysanthemum while he lived as hermit, and the flower, when in full bloom, drew many of Tao's relatives and friends. Huang Chao, leader of the peasant uprising in the Tang Dynasty, wrote many poems about chrysanthemum, which were compiled into an anthology of chrysanthemum and are often quoted even now. Du Fu, a great Tang Dynasty poet, wrote more than ten poems singing the praises of the flower.

Chinese folks were fond of enjoying chrysanthemum on the Double Ninth Day long before. Chrysanthemum blossoms in the ninth lunar month have the beautiful name of "flower of longevity". The custom of wearing chrysanthemum appeared in the Tang Dynasty and was very popular throughout the time afterwards. The entrances of some taverns in the Song Dynasty (960-1279) were decorated with the flowers on the day, which was supposed to incite customers' desire for wine. Chrysanthemum displays were usually held immediately after the day in some regions of China in the Qing Dynasty. People in Beijing began to stick chrysanthemums on doors and windows to "get rid of the bad luck and bring in the good ones", which is an alteration of the custom of wearing chrysanthemum on people's heads. At these displays people might enjoy chrysanthemum flowers, take part in poem-composing competitions or watch painters drawing chrysanthemum flowers. The display was often lively with a sea of visitors. 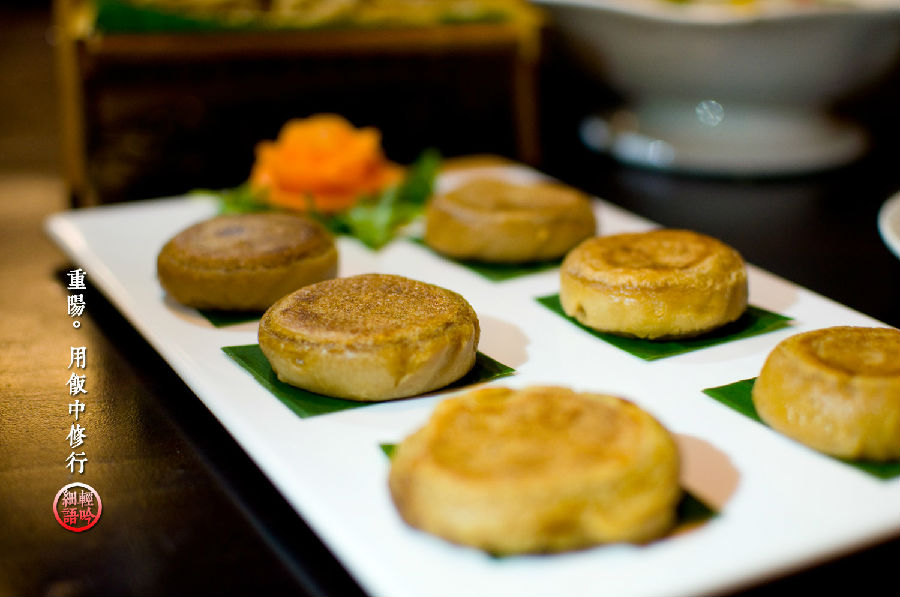 Double Ninth cake is also known as "chrysanthemum cake" or "flower cake". It dates back to the Zhou Dynasty (the 11th century – 256 BC). It is said that the cake was originally prepared after autumn harvests for farmers to have a taste of what was just in season, and it gradually became the cake for people to eat on the Double Ninth Day.

The cake was usually made of glutinous rice flour, millet flour or bean flour. In the Tang Dynasty, its surface was usually planted with a small pennant of multi-colored paper and bore at its center the Chinese character "ling" (order). The Double Ninth cake in the Song Dynasty was usually made with great care a few days before the Double Ninth Day, its surface covered with colored pennants and inlaid with Chinese chestnuts, ginkgo seeds, pine nut kernels and pomegranate seeds.

It was a nice festive present for relatives or friends. In the Ming Dynasty, imperial families customarily began to eat the cake early on the first day of the 9th lunar month to mark the festival, and the common people usually enjoyed it with their married daughters, which was basin-sized and covered with two or three layers of jujubes. The cake in the Qing Dynasty was made like a 9-storied pagoda, which was topped with two sheep images made of dough. The cake was called Chong Yang Gao in Chinese, which means Double Ninth cake as "Chong" means double, "Yang" dichotomously suggests nine and sheep, and "Gao" means cake. Also, because "Gao" (cake) shares the pronunciation with "Gao" (high, tall), people hope to get a higher position in life by having Gao on the Double Ninth Day. 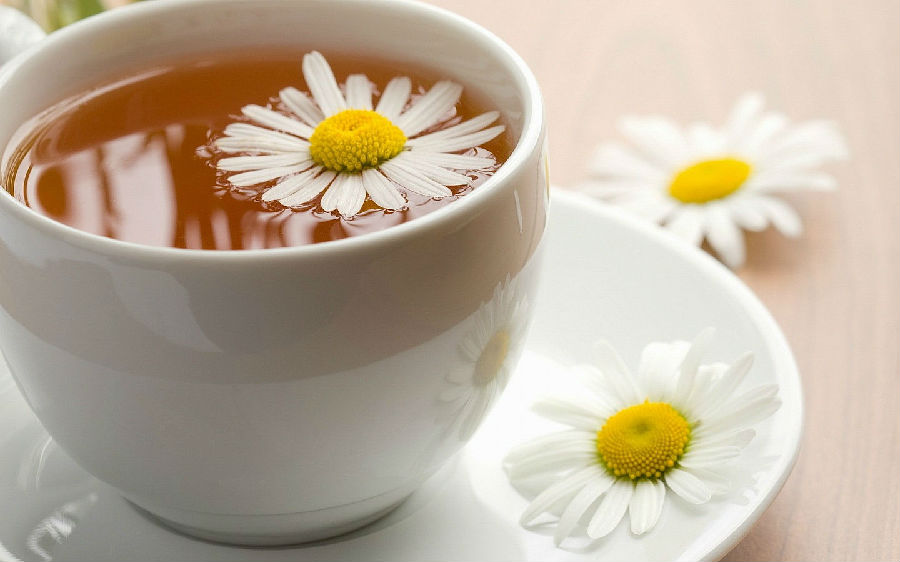 It was originally a day for farmers to celebrate crop harvests. The festival was created in the Warring States period (475-221 BC) and became popular in the Han Dynasty (206 BC-220AC). At that time, Queen Lv was so jealous of Concubine Qi, who was one of the favorites of Liu Bang (the first emperor of the Han Dynasty, 256 or 247-195 BC), that she ill-treated the latter and drove her maid out of the imperial palace to marry a common person after the emperor's death.

This maid, who is known as Miss Jia, told people that in the imperial palace every ninth day of the ninth lunar month they wear small cornel twigs (dogwoods) in their hair and drink chrysanthemum wine, otherwise there would be disasters. Later, many common people followed the custom and it gradually prevailed all over the country.

The chrysanthemum flower wine is unique when brewed. Some say in ancient times, people usually picked fresh chrysanthemum flowers and leaves on the 9th of the 9th lunar month and brewed the mixture of them and grains into the wine, which could not be drunk until the same day next year. The wine is said to have wholesome effects on sharpness of the eye, alleviation of headache, drop of hypertension, reduction of weight and removal of stomach trouble, thus contributing to longevity. It is said that drinkers of the chrysanthemum wine would be free from evil and have strong physique against cold weather. People like to climb heights (mountains) on this festival, so Double Ninth Festival is also called "Mountain-climbing Festival".

The 9th lunar month, with clear autumn skies and bracing air, is a good time for sightseeing. An outing lover, who stands on a height looking afar this month, will have a panoramic view of a blue sky with pale clouds and dark green mountains, which makes him or her carefree and joyful.

So people, both ancient and present, love to go sightseeing this month. People in the Western Han Dynasty (206 BC-25 AC) liked to ascend heights in the suburbs of Chang'an (the then national capital and present Xi'an) on the 9th day of the month to enjoy scenery, the activity being known as height ascending. People in the Three Kingdoms period (220-265) and the Jin Dynasty (265-420) liked the activity to feast their eyes on the autumn country view even more. Sightseers in the Chang'an liked to hike a man-made tourist attraction with the Qu'jiang Pool, the Ci'en Temple and the Wild Goose Pagoda to its southwest. The Ming Dynasty (1368-1644) emperors liked to ascend the Wanshou Hill in Beijing to mark the day, and the Qing Dynasty (1616-1911) emperors chose to ascend the man-made hills in the imperial garden in Beijing.

It is really refreshing to climb mountains and enjoy the beauty of nature during this bright and clear time in autumn.

Apart from expelling bad luck and disasters, climbing mountains also indicates "climbing to a higher position", and it is also an important reason why ancient people pay attention to this custom. Another reason that climbing mountains is valued by people, especially by the elderly, is that it means "climb to a longevous life". 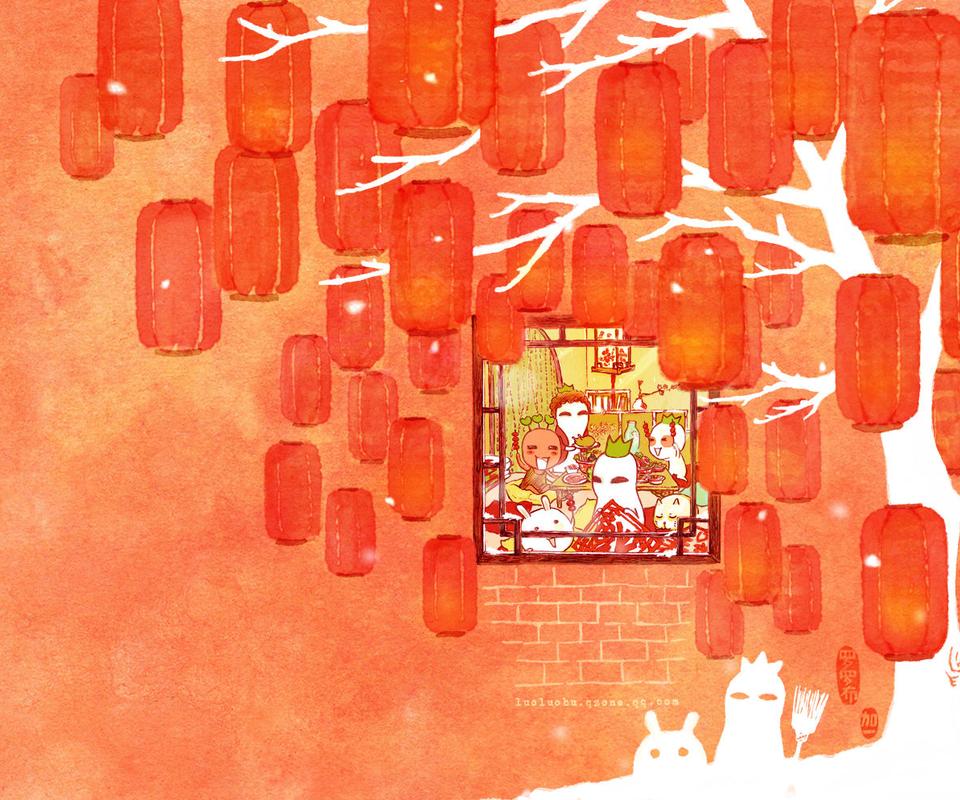 The Double Ninth Festival is also a time for family get-togethers. It is an occasion to remember one's ancestors, the sacrifices they made and the hardships they underwent. Often, family outings are organized where people search to renew their appreciation of nature and to reaffirm their love and concern for family members and close friends.

People often gather for parties, enjoy chrysanthemums and pin cornel twigs on clothes. The customs of climbing mountains and eating a special cake is also featured this day.

0 responses on "Things to know about Double Ninth Day"