The Chinese art of root carving 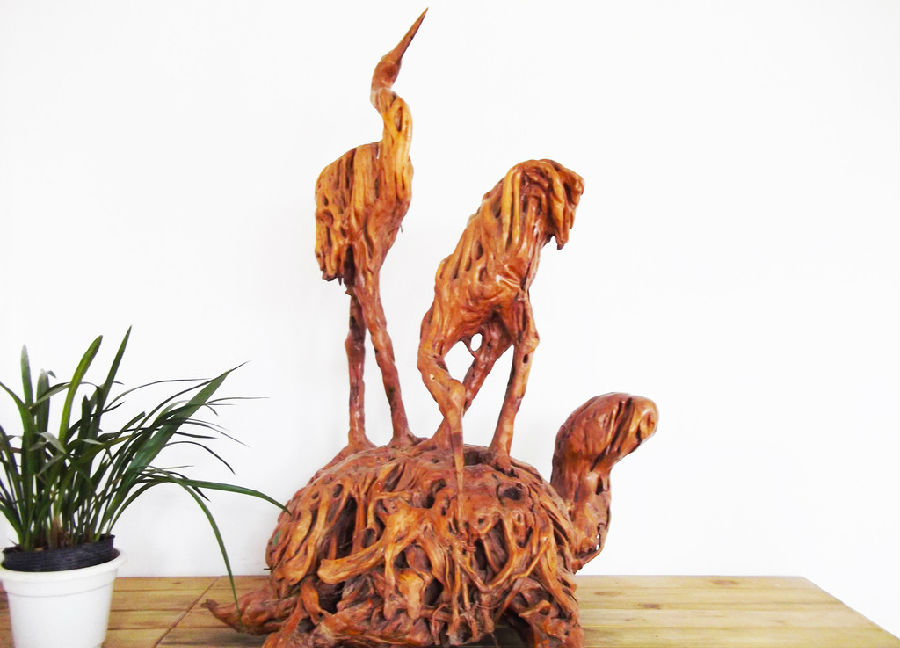 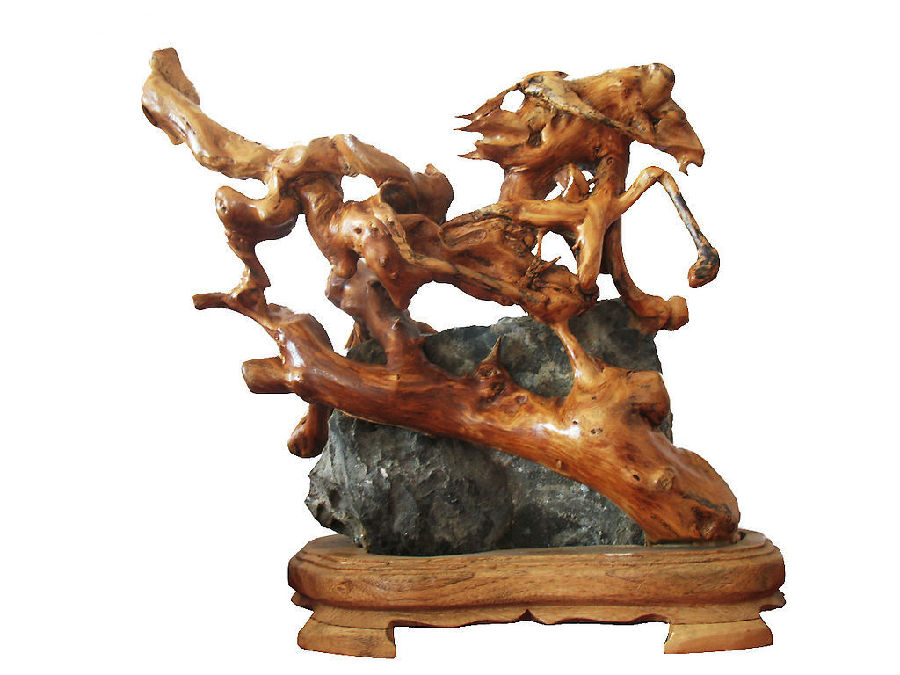 Root carvings are artworks featuring people, animals or objects carved out of natural or distorted tree roots (including tree trunks, burls and bamboo roots etc.) through careful designing and artistic processing. In the creation of root carving work, the most part should be presented through the natural shapes of the root material, with a small part being recreated. So, root carving is also called "the art of the root" or "root art".

There are three major types of root carving:

1) For natural root material with flaws, carving is used to remedy the flaws;

2) Thorough carving, which means carving shapeless root material into a work of art;

3) Taking advantage of the natural shape of the root material; for example, carving a head or a face in part of the material, leaving the rest unchanged. This is to integrate the natural beauty with artificial art, making them complementary to each other and bringing a wonderful enjoyment to anyone who sees the work.

The earliest root carving works existing today are the "talisman" and the horn-shaped ware of the Warring States Period, which were successively unearthed from the ancient tombs in Hubei Province in the 1980s. The excavations demonstrate that root carving was already a highly-valued special art form in ancient times. During the Song and Yuan Dynasties, the art of root carving enjoyed booming development in the imperial courts and among ordinary people. Some painters even featured root carvings in their works.

0 responses on "The Chinese art of root carving"