Producing genuine tears on demand is one of the hardest parts of my job as an actress. Acting teachers will tell you that in order to cry on screen you need to summon up something personal－a fear, an inner secret, a sad experience－that taps into your deepest emotions. 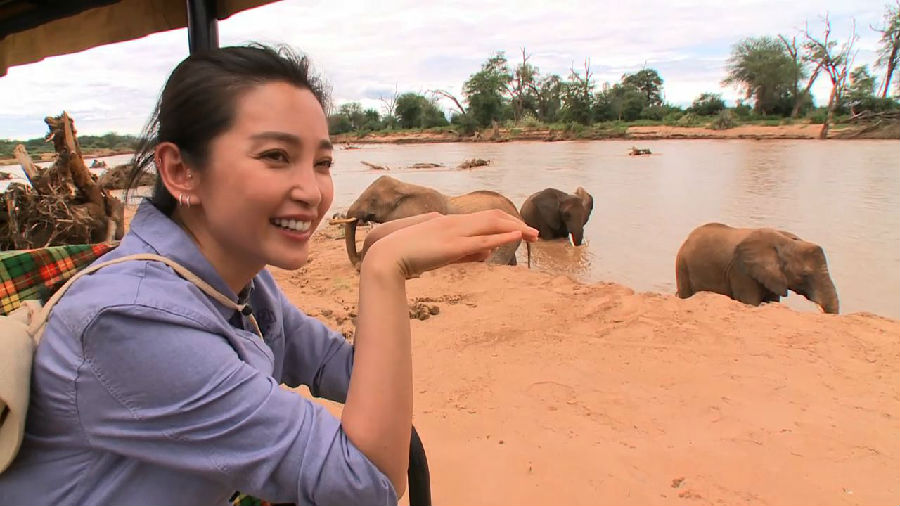 This may sound strange, but the inner secret I use when I need to cry during a movie scene is the image of an elephant. It's an image that haunts me, an image that will remain in my heart and mind for as long as I live.

Two years ago I visited Samburu National Reserve, a wildlife park in Kenya. There, on a guided walk through the bush, I saw my first dead elephant. Poachers had hunted down this magnificent animal before piercing her tough hide with poisoned spears. As if she already knew her fate, the elephant had walked through the bush, the toxins coursing through her veins, until she found a quiet place to lie down. She chose to die in the cool shade of an acacia tree.

And that's where her body was when I saw her, lying in the dusty red soil, her face hacked off with machetes so that her killers could wrench the tusks from her skull. Around her dead body were the small footprints of a baby elephant; her child now left to fend for itself without the protection of its mother.

That moment, the sight of the dead mother and her mutilated body lying under the shade of the tree, changed something inside me. It made me sick in the pit of my stomach. I remember crying for her as I thought about the cruelty and senselessness that had led to her death. It made me angry, too: she died so that someone living thousands of miles away could buy a bracelet made from ivory, or some other trinket they could show off to their friends and neighbors, oblivious to the blood, sorrow and brutality that made these trivial objects possible.

But her death also fired me up. I stepped from the shade of that acacia tree knowing that to prevent the death of more elephants like her I would have to double my efforts to stop the illegal trade in ivory, which is fuelling so much misery in Africa. 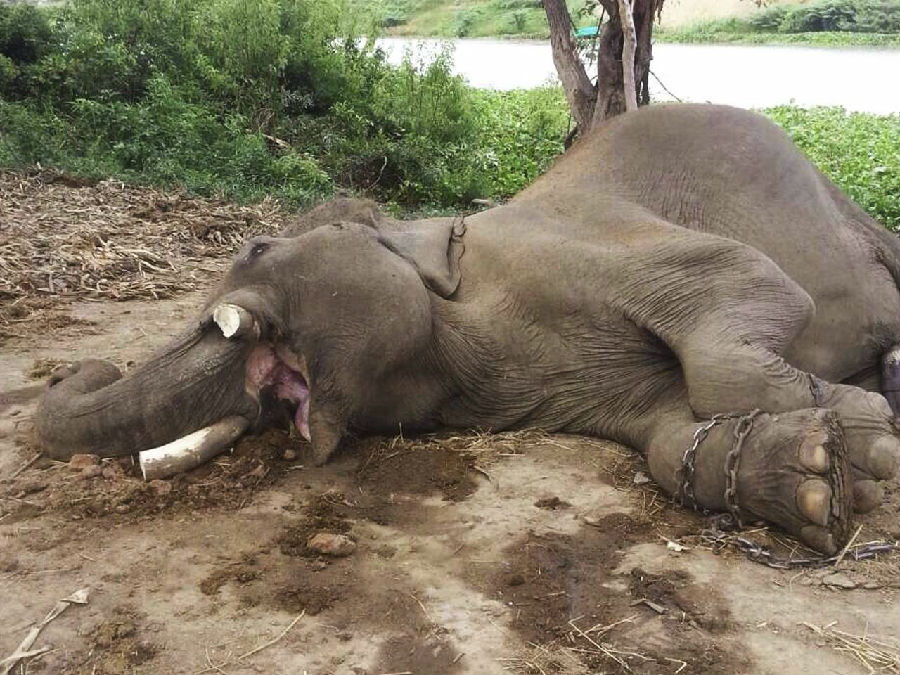 The demand for ivory, especially in Asia, and the greed of those who profit from this gruesome trade means that poachers kill one elephant every 15 minutes. In the past decade, more than one-fourth of the world's elephants have been slaughtered for their ivory.

And it's not just the elephants that suffer. Millions of tourists every year flock to see these giant animals, bringing vital jobs and income to some of the poorest communities on Earth. Kill an elephant and you rob people of their livelihoods. This senseless killing must stop, and it must stop now.

That's why I'm supporting a new United Nations campaign against the illegal trade in wildlife, which is pushing many species－not just elephants－to the brink of extinction in every corner of the world. Under the banner "Wild for Life", this campaign serves to raise awareness about the illegal trade in wildlife and embolden everyone to take action against these crimes, which destroy forests, fuel corruption, breed insecurity and divert money away from governments struggling to improve healthcare and education for their people.

The illegal trade in wildlife thrives on ignorance and indifference. That is why knowledge serves as such a powerful weapon against these crimes. Armed with knowledge, we can shop carefully to avoid buying illegally sourced products like ivory; we can report crimes using mobile devices and national hotlines; and we can support conservation initiatives that press authorities to combat wildlife crime.

If we take away the demand for ivory then the killing of elephants will end. That is why it's vital that we don't buy anything made from ivory no matter how intricately it is carved.

The terrible truth is that an elephant's blood has been spilt and entire families have been torn apart. This is the awful truth that we need to megaphone across the world. It's a truth that you can help spread.

It is not enough to weep for the countless animals that have been killed. The time for tears is over. The time for action is upon us.

The author is an actress and a goodwill ambassador for the United Nations Environment Programme.