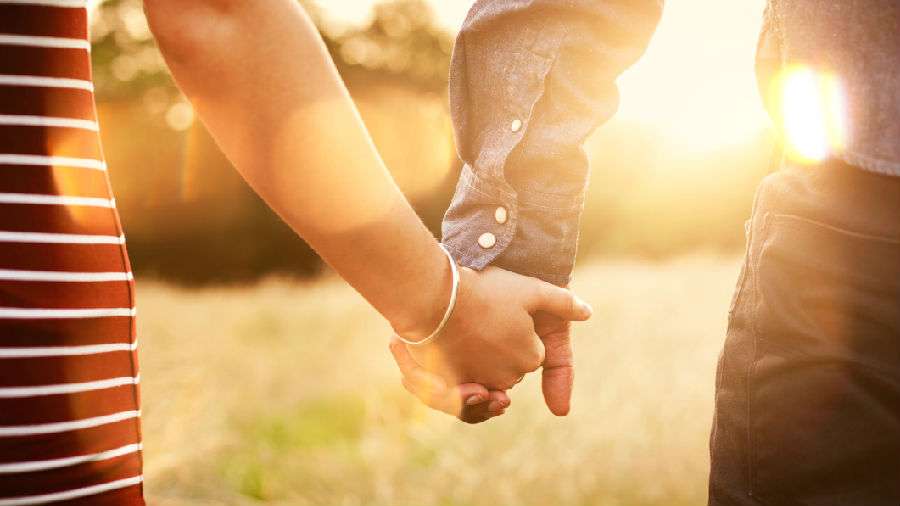 China has marriage on its mind — but perhaps not commitment.

New figures show that the number of marriages in China has fallen for two straight years, while divorces have continued to climb. The trends — which have their roots in China's one-child policy, its stunning economic rise and the changing role of women at work and at home — have led a new generation to question the traditional role of marriage in Chinese society.

A discussion of matrimony and women's roles has risen on the internet in China in recent weeks after publication this month of a New York Times article about the decline of marriage in China. In comments on Weibo, a social-media network, many Chinese discussed their lack of marriage plans — and the reasons behind that.

Of course, many of their comments will sound familiar to people in other countries — perhaps especially to those who are married. But China is in the midst of its own profound social and economic changes, upending traditional notions of love and family. Chinese data — from the data provider CEIC Data and China's National Bureau of Statistics — back up some of the trends with hard figures.

The average number of people in Chinese homes is shrinking for a variety of reasons: fewer children, more seniors living alone and other factors. But some responding to the article cite another reason: the joy of living alone.

别介懿：After marriage, your life has all kinds of unhappiness. Who doesn't want to pursue a high quality of life?

守護_牛奶瓶：I think that if you're going to get married, you need to find someone whom you get along with. Otherwise, two people who spend all their days together as if they are in a war, or if one of them is good at cold violence [emotional cruelty], or the other person is very hypocritical and doesn't give the other person any face, then there is no need to be together. You'll get very tired, and the probability of both sides' being unhappy is very large. Dating for two, three, seven, eight, 10 years is all normal. People getting divorced after decades of going through the ins and outs of daily life is already very common.

hongxingstar：I've fought with my parents from childhood until now about this. I too think it is more free being just one person. I don't think I could take it if we talked about romance or marriage!

围观也是个体力活：Loyalty in marriages is ever diminishing, and one can be very happy alone. Why seeking out a burden?

Many women in China once saw marriage as the primary route to economic security. Now Chinese women are increasingly educated and increasingly part of the work force.

心比扎软ii: I think that if in every aspect you are independent, then you will come to find that what will put you most at ease is the money you have in your hand and not the money you depend on someone else for. Marriage is also very troublesome and inconvenient.

morningLAq：Some men's sense of patriarchal is just too much. They think working outside the home all day is very tough, and when they come back they want to lie down as if they're the master. If they have to help out at all, they feel as if they've been asked for the whole world! And their wife has also worked all day, but when she comes back she's like a free housemaid! If you don't clean the house well, then he'll criticize you. You'll have to worry about your husband's having an affair and blaming yourself afterward.

原來你是我最想留住的圉運：A woman's value should not be reflected through marriage. It's not as if one cannot support oneself. It's not that I don't want to get married, it's just that society's guarantees for women are too few and there are too few good men. Men, your male elders, close friends: They all think that women should get married, have children and care for the family. Wake up, everyone. Times have changed. Why don't you look at yourself first and what your own sons are like!

Senioritis: China's Population Is Getting Older

The ratio of the elderly to 15-to-64-year-olds is getting narrower. That puts pressure on younger Chinese people in a culture where children traditionally care for their elders.

killersara2：In marriage, either there are psychological needs or the elders try to coerce you.

寂寞是蓝棒棒的：If it weren't for my parents, I wouldn't get married.

很想很想你DYING：This is China. If your parents haven't coerced you into marrying, then it's the gossip that surrounds you that will.

Birthrates are declining in China despite the end of the one-child policy, as more people choose to delay reproduction or forgo it altogether.

琵琶娘子: I don't want to get married. Life is endless. Why would you want a family?

枫林寒情: Women can earn their own salary and can have children on their own. Why do we need men?