The Great Wall of China. A stirring symbol of national pride whose overlapping sections span thousands of miles. A crumbling, melancholy monument to China's imperial grandeur, so imposing that it inspired the flimsy myth that it is visible from the moon.

One part of the Great Wall is even more visible now, but for very wrong reasons. 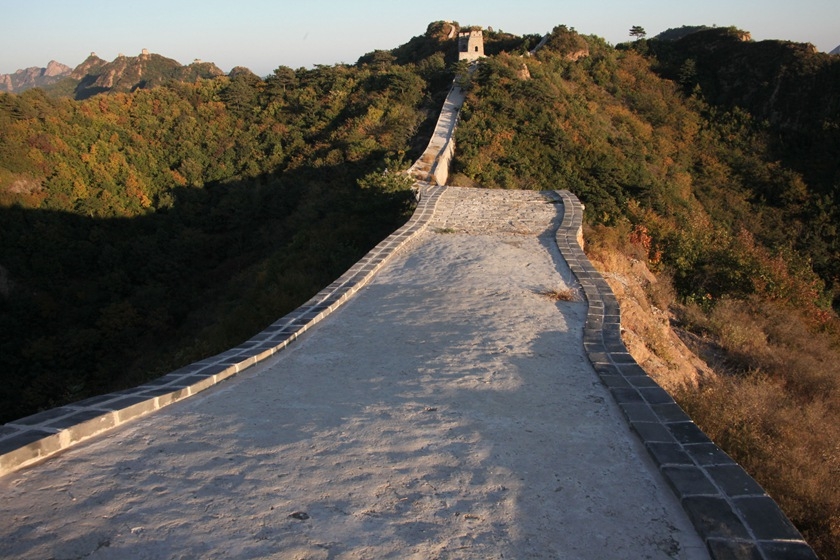 Chinese preservationists, internet users and media commentators have been incensed this week after pictures showed that officials repaired part of the Great Wall in northeast China by slapping a white substance on top of the crumbling, weathered stones.

A once unkempt, haunting 700-year-old stretch of the wall now looks like a cement skateboarding lane dumped in the wilderness.

The aesthetic impact was "not ideal," the head of the provincial cultural relics bureau, Ding Hui, conceded, according to The Beijing News. "The repairs really don't look good," he said.

Online, in newspapers and in interviews, many people, including experts on preserving the Great Wall, went much further in condemning the repairs to the section, in Suizhong County, Liaoning Province.

"This was vandalism done in the name of preservation," Liu Fusheng, a park officer from the county who first raised an outcry about the work, said in a telephone interview. "Even the little kids here know that this repair of the Great Wall was botched."

Newspapers also lamented. The Beijing News, widely read in the capital, put the ruination of the ruins on its front page.

"Where is there still any feel of that most beautiful wild Great Wall?" asked a commentary on a news website in central China. "It's just a road winding through the hills."

The repairs to the 1.2-mile section of the wall were undertaken two years ago but came to wide attention only on Wednesday, after a local newspaper, The Huashang Morning News, described what had been done in the name of preservation.

Mr. Liu, who helped draw notice to the work, said officials commissioned the repairs because they were worried the wall would collapse entirely from erosion and tourists walking on top. But in their haste, they wiped out the gnarled features that people had come to treasure, including the crenelations and towers, Mr. Liu said.

"It's like a head that's lost its nose and ears," said Mr. Liu, who has spent 15 years studying that section of the wall. Once the towers there had stone carvings, but they had fallen to the ground before the repairs, he said.

"They didn't restore the carvings back to where they belonged and just tossed them aside," Mr. Liu said. "They used new bricks to fill in the original spots, and that saved a lot of expense."

Construction of that section of the wall started in 1381, part of the sprawling web of fortifications and protections that Ming dynasty emperors built to ward off and police marauding nomads from the steppes.

But now city dwellers who come to marvel at the isolated section of the wall in Suizhong County leave wondering why they bothered to travel so far to see a strip of cement, one villager living nearby told The Huashang Morning News.

Officials have sworn that they did not use cement but rather a mix of lime and sand. Mr. Liu said they used both.

In an interview, Dong Yaohui, a vice chairman of the China Great Wall Society and an expert on preserving the wall, called the attempt an "extremely rudimentary mistake."

"Our principle in repairing the Great Wall is to minimize interference," Mr. Dong said. "It's not important whether you used lime or cement. Repairing it like this has wiped out all the culture and history."

He said the society, a government-sponsored organization, had been investigating damage along the entire Great Wall in the hope of spurring more action and stronger rules to preserve it. "There's serious damage on many parts of the Great Wall," he said.

Cultural preservation officials responsible for that part of the wall defended their efforts. They said that the section was in danger of falling down, that the higher authorities approved their plans and that, like emergency dental work, beauty was not their priority.

But since the uproar, the officials have conceded that the results were less than satisfactory. They are "further investigating whether there were problems in the design and execution stages," Beijing Youth Daily reported.

One villager who worked on the repairs two years ago saw a silver lining to the topping.

"Now the top of the Great Wall has become a smooth pavement," the villager, Zhang Yuwu, told The Huashang Morning News. "Except when it rains or snows, it's a lot easier to walk on than before."