Adaptation of “Dream of the Red Chamber” performed at SFOpera

It was a week before the premiere, and Bright Sheng, the composer and co-librettist of the new opera "Dream of the Red Chamber," was already bracing for the backlash. 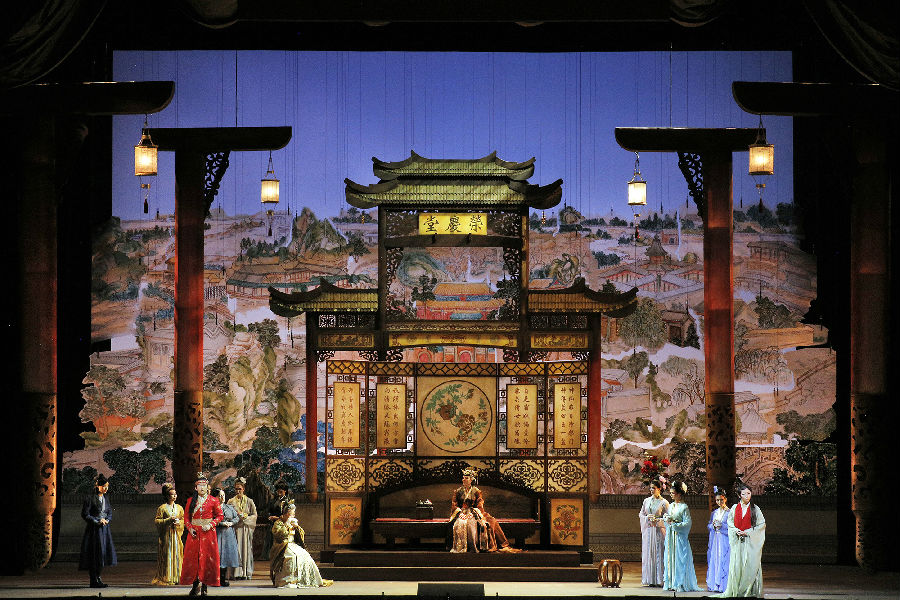 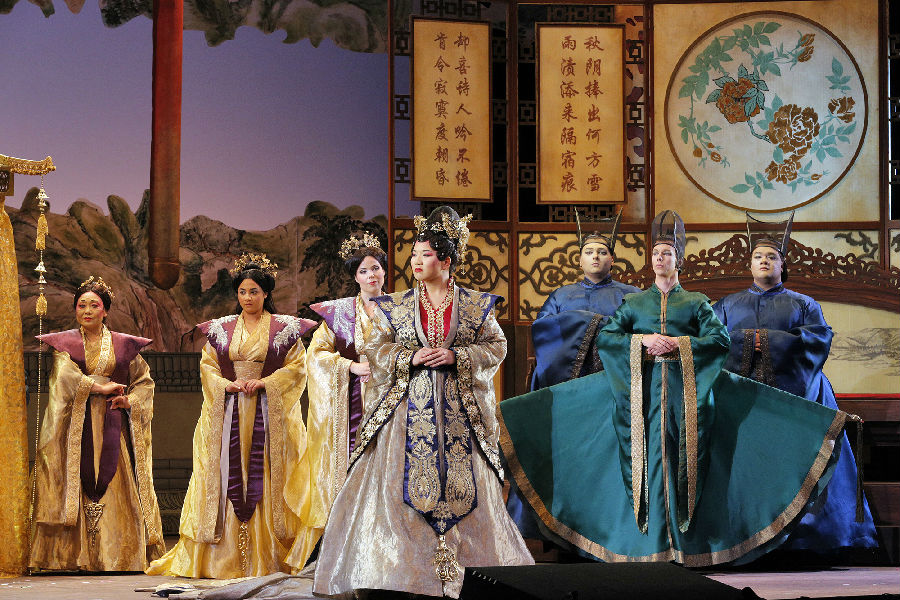 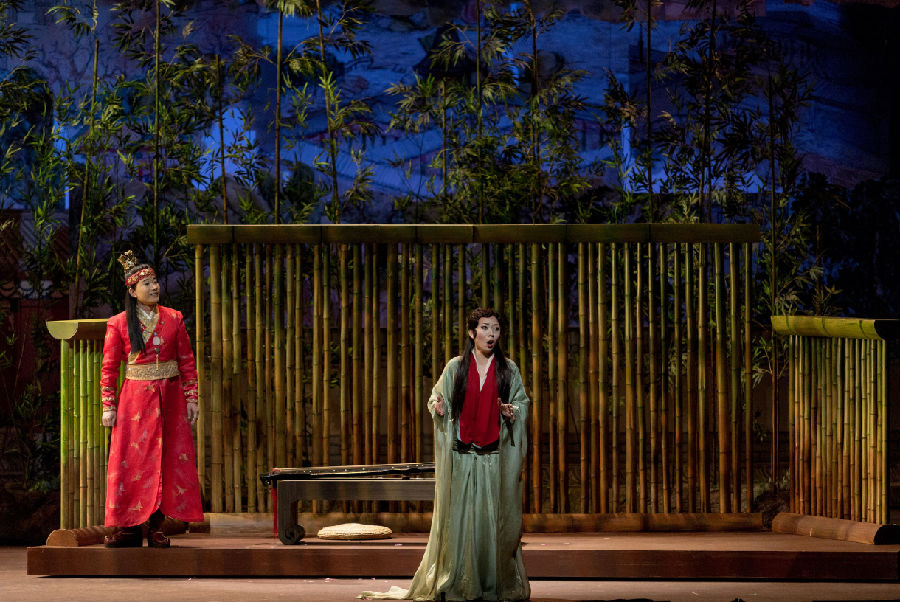 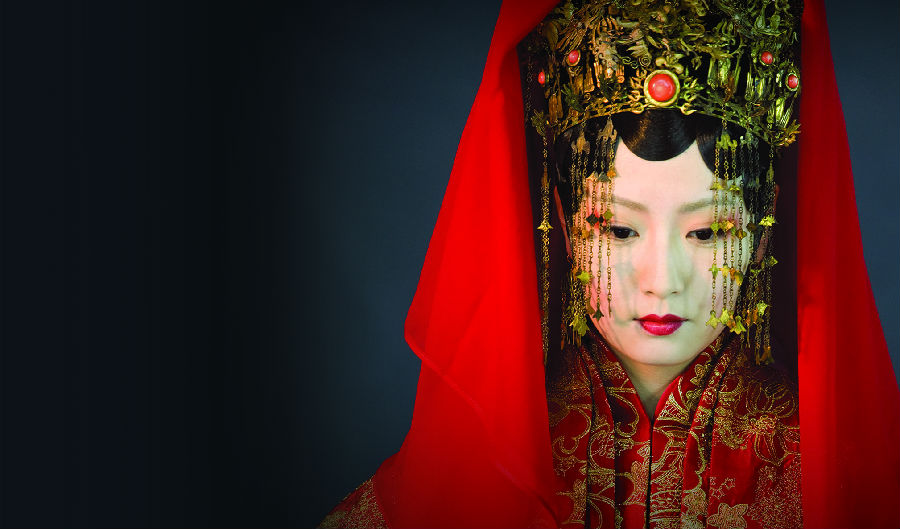 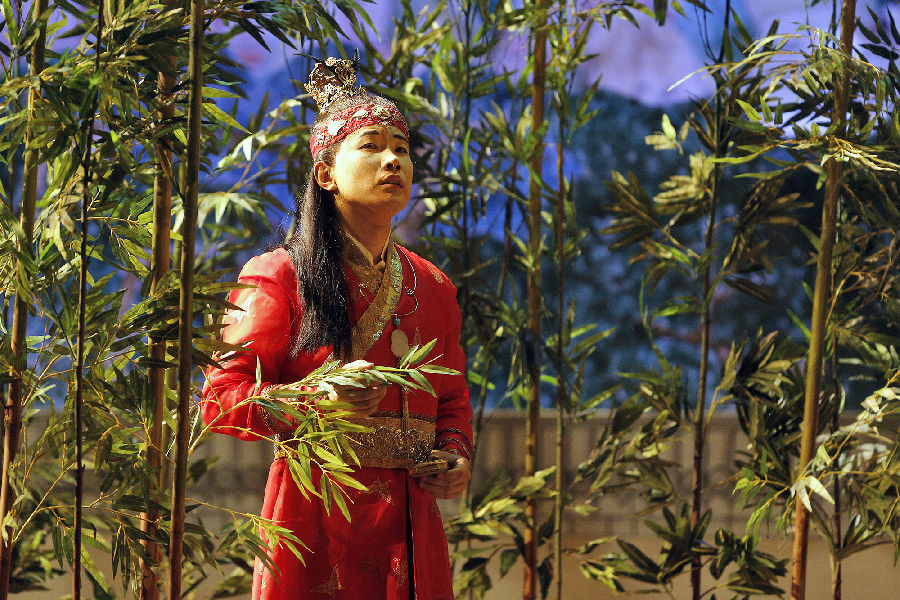 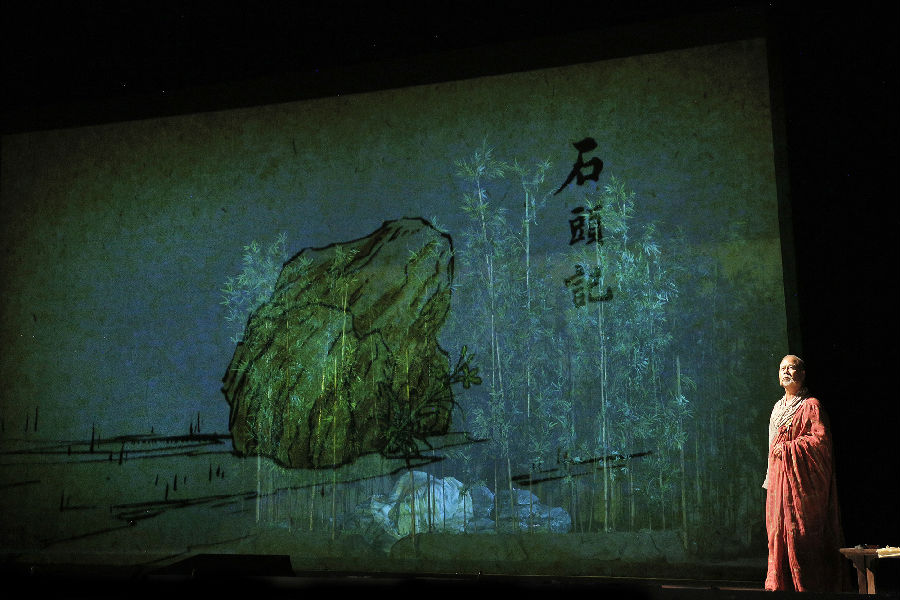 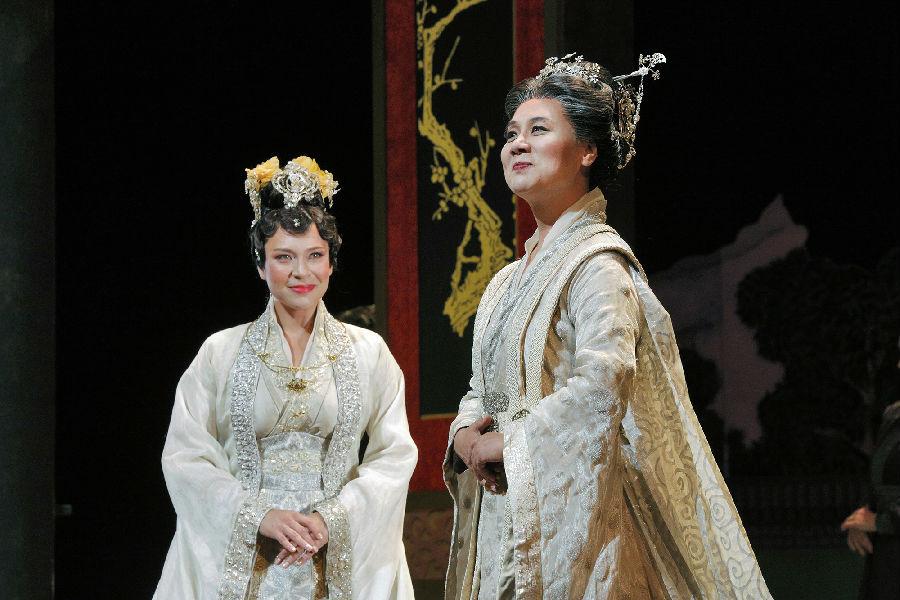 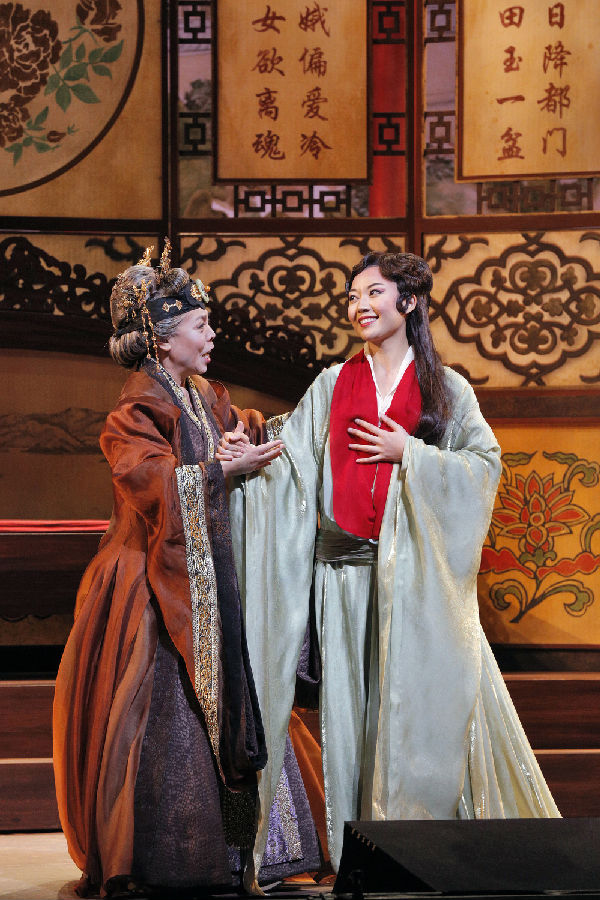 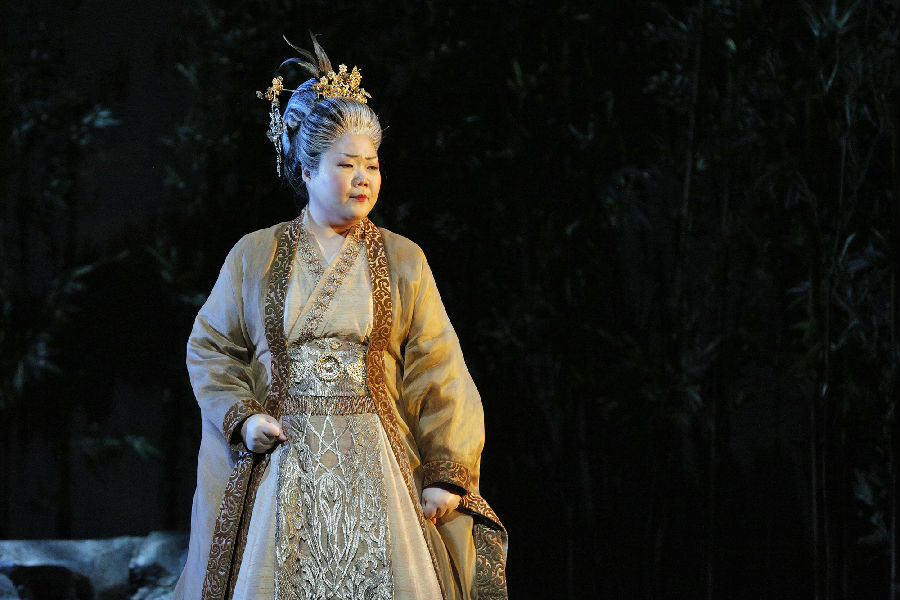 To create his version of Cao Xueqin's sprawling 18th-century classic about the decline of an aristocratic family in imperial China, Mr. Sheng reduced the book to its bare bones. The novel — over 2,400 pages in its standard English translation, twice as long as "War and Peace" — is told in a mere two hours and 20 minutes. Hundreds of characters have been cut, leaving just eight main figures in the final show, which runs from Saturday through Sept. 29 at San Francisco Opera.

The book's many die-hard fans may not be pleased.

"You can't win with this, no matter what you do," Mr. Sheng said after a recent rehearsal. "People will love you or hate you." 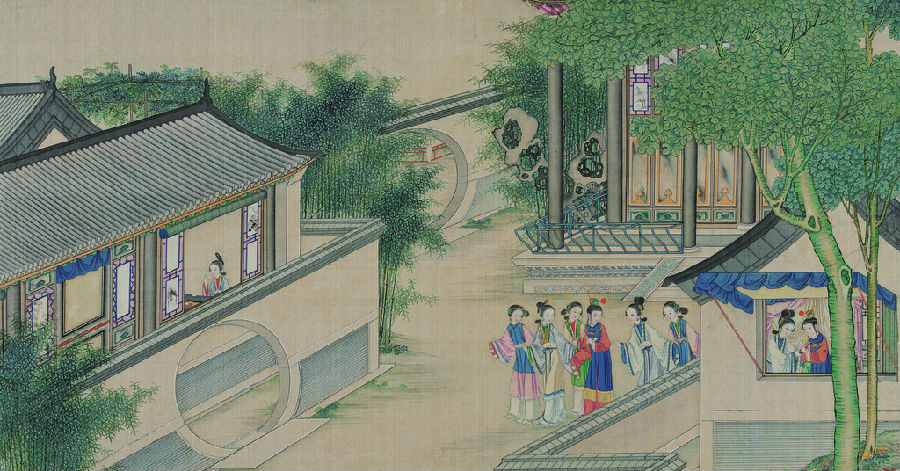 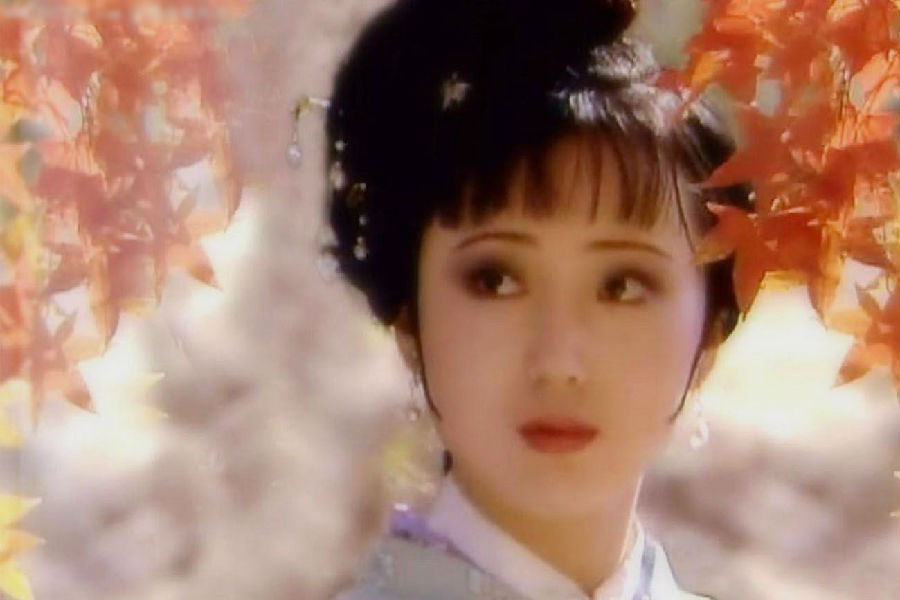 Lin Daiyu acted by Chen Xiaoxu made the character a classic.

Such are the perils of adapting any beloved story. And to many in the Chinese-speaking world, "Dream of the Red Chamber" is that and more, widely regarded as a masterpiece — if not the masterpiece — of Chinese literature. Realizing the inevitable weight of expectations, the San Francisco Opera enlisted a team of creative heavyweights, all of Asian descent, to create the $3 million production.

Mr. Sheng wrote the libretto with David Henry Hwang, the Tony Award-winning playwright. Stan Lai, an acclaimed playwright and director, has staged the work, and Tim Yip, who won an Academy Award for art direction for his work on Ang Lee's film "Crouching Tiger, Hidden Dragon," has designed the sets and costumes. The opera will be sung in English and accompanied by supertitles in English and Chinese.

"We wanted it to have its own authenticity as a piece of operatic story-telling," said Matthew Shilvock, San Francisco Opera's new general director. "But we also wanted it to be something that would resonate with people who grew up with and love the novel, as well."

A number of Chinese-Western amalgam operas have been created in recent years. Many of these, including the Metropolitan Opera's "First Emperor," the Pulitzer Prize-winning "Madame White Snake" and even the San Francisco Opera's "The Bonesetter's Daughter" have struggled to enter the repertory.

With "Dream of the Red Chamber," the company is seeking to tap a growing interest in Western-style opera among Asians and Asian-Americans in the Bay Area. The production arrives eight years after San Francisco Opera's highly successful premiere run of "The Bonesetter's Daughter," based on Amy Tan's novel about a Chinese-American family.

Not long after "The Bonesetter's Daughter," the Minneapolis-based Chinese Heritage Foundation approached Mr. Gockley about adapting "Dream of the Red Chamber."

In March, the opera will travel to the Hong Kong Arts Festival, which co-produced the work, and may tour elsewhere in Asia. Plans are already underway to translate the libretto into the classical Chinese in which the novel was originally written.

The opera may then face a tougher, more discerning audience among those even more familiar with the book, but Mr. Sheng seemed unfazed.

"If you ask 10 different Redologists what the novel is about, they would give you 10 different answers," he said. "And if anyone asks me what this opera is about, I'll say it's a story of a love triangle. That's it."