What dishes does Hangzhou serve the G20 guests?

Hangzhou has always been the playground for Chinese princes and poets through the centuries. We can now add global politicians to that august list.

On Sunday night, at the G20 Summit welcoming banquet, Chinese President Xi Jinping hosted world leaders to dinner at the Xizi Hotel, where Chairman Mao Zedong had once stayed and dined.

It is a mammoth task catering to such illustrious guests, especially when the chefs have to consider various dietary restrictions but still display the best of Hangzhou haute cuisine.

The result is an inventive menu that shows off the ingenuity and elegance of Chinese kitchen craft. The menu was completely pork-free but still managed to showcase the fish and river produce Hangzhou is known for.

First on the table was a variety of little bites meant to tantalize and build up the appetite. These included flavored pieces of braised bean curd, freshly pickled cucumbers and smoked fish fillets. 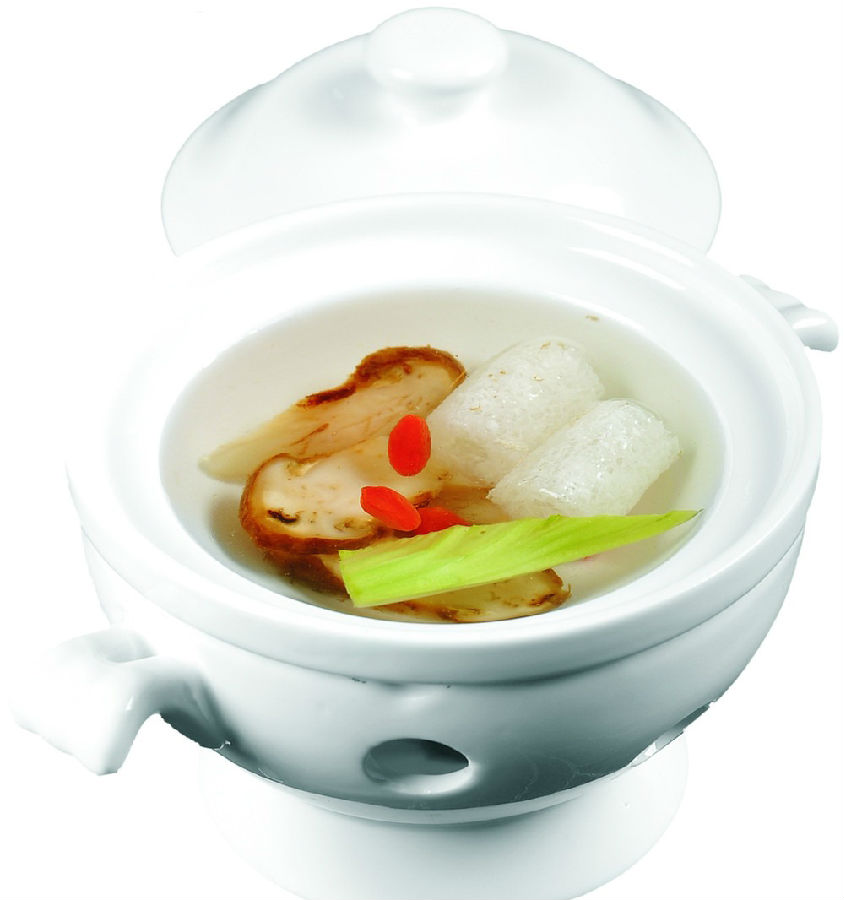 The soup was the first indication of what Hangzhou food represents. Seasonal Matsutake or pine mushrooms were floated in a crystal clear consomme, showcasing the clean flavors that most characterize Hangzhou cooking. 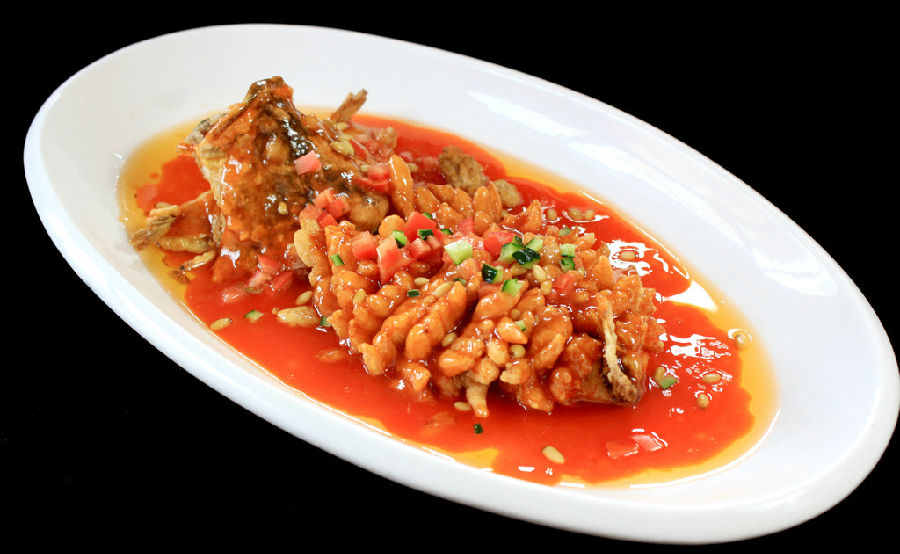 Next on the table was another signature dish, mandarin fish with pine nuts. The fish is an exhibition of the delicate knife skills of Hangzhou chefs, and the sauce indicative of the sweet and sour flavors that are also characteristic of the region. Lightly toasted pine nuts, with their slightly resinous flavor, are the perfect garnish. 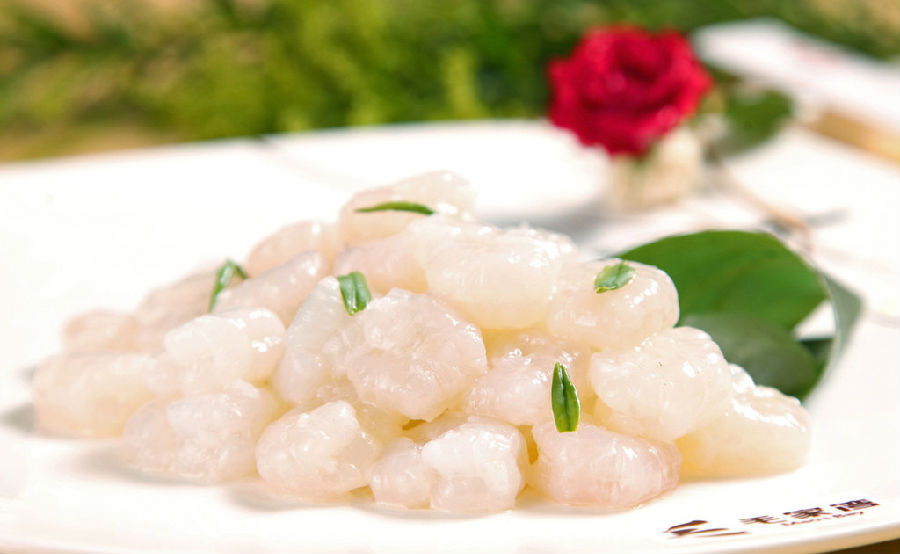 No banquet here would be complete if Hangzhou's famous tea-infused prawns were not included. Longjing or dragon's well is the green tea that grows exclusively in the Hangzhou hills. The tea grows best with water from a well which the Qing Dynasty (1644-1911) emperor Qianlong had once drunk from, hence its name.

For the Longjing prawns dish, its tender young shoots are stir-fried with crisply textured river shrimp in a marriage of subtle sweetness. The seemingly simple dish is a test for the most accomplished chefs because of its delicate balance of aroma and flavor. 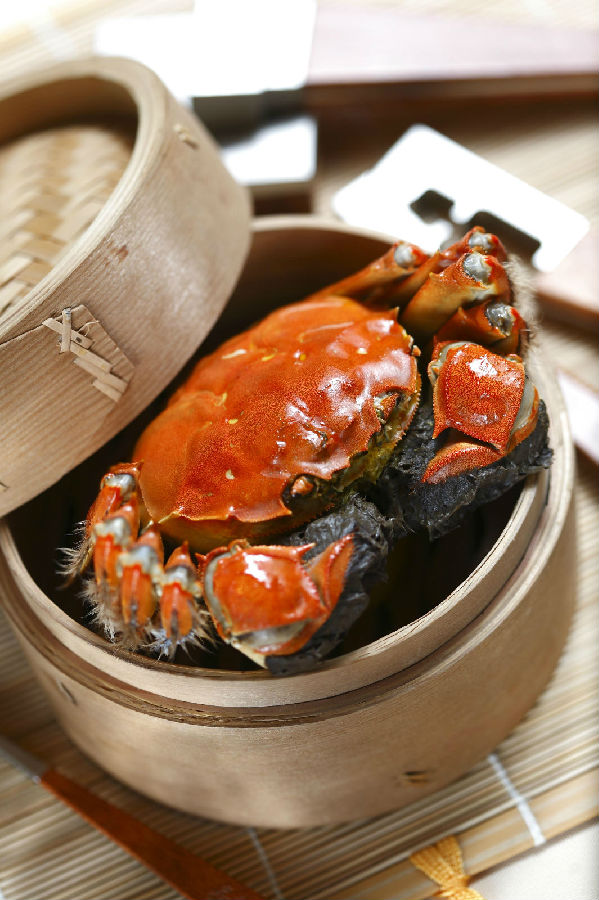 Another West Lake specialty took center stage next when the guests were served roe crab meat stuffed in orange. This features the famous mitten or hairy crab from the lake. To allow guests to fully enjoy the meat and roe, the crabs were shelled and stuffed into an orange.

This is a dish with much history, having originated in the Song era when oranges were still a rare treat and Hangzhou had just become the capital of the Song emperors. 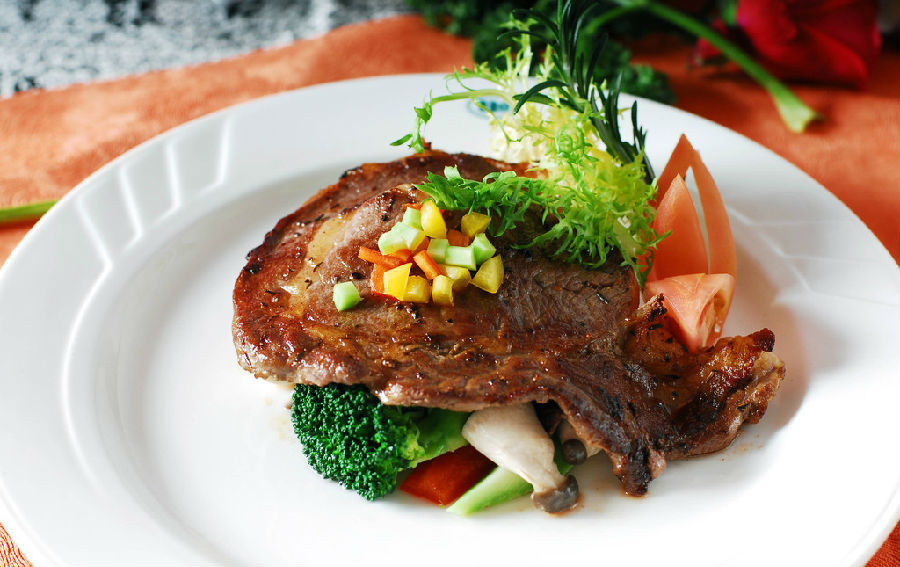 Dongpo Rou is a dish named after Song Dynasty (960-1279) poet Su Dongpo, who was also a governor in Hangzhou and had built the causeway across the lake.

This dish is usually made from pork belly, but last night the guests had a beefsteak instead. The meat is braised in the best soy sauce, and slow cooked to tender perfection.

Of course, guests ended the meal with seasonal fruit, ice cream, and coffee and tea served with classic Chinese pastries instead of petits fours.

Food has always been a universal language cutting across boundaries and barriers. This is a meal worthy of the best international diplomacy and in choosing Hangzhou cuisine, the organizers have shown off the best of China's fine dining.

Chinese food is well loved all over the world and Brazilian President Michel Temer, for example, has admitted to being an ardent fan. This time, however, the participants at the G20 Summit have sampled the cooking of great master chefs of historical Hangzhou cuisine, in one of China's most scenic cities.

0 responses on "What dishes does Hangzhou serve the G20 guests?"