How much do you know about Chinese painting? 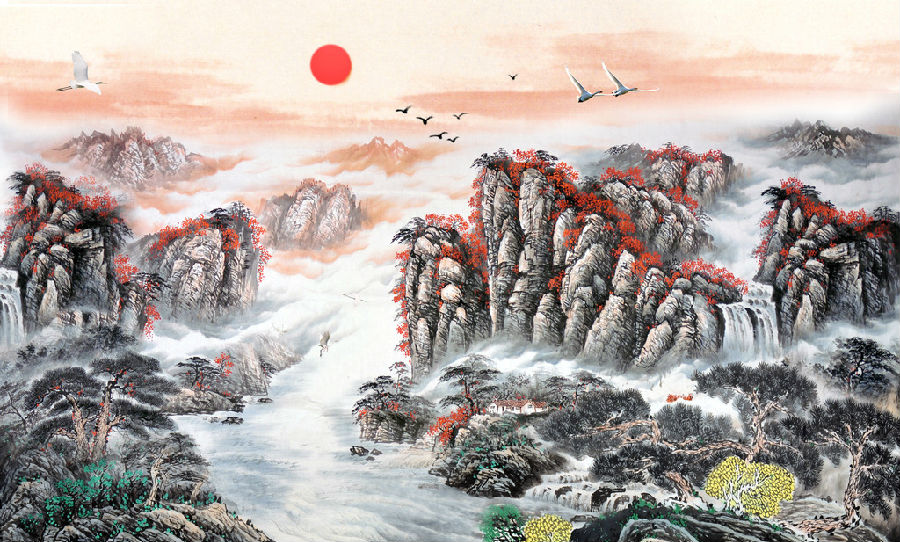 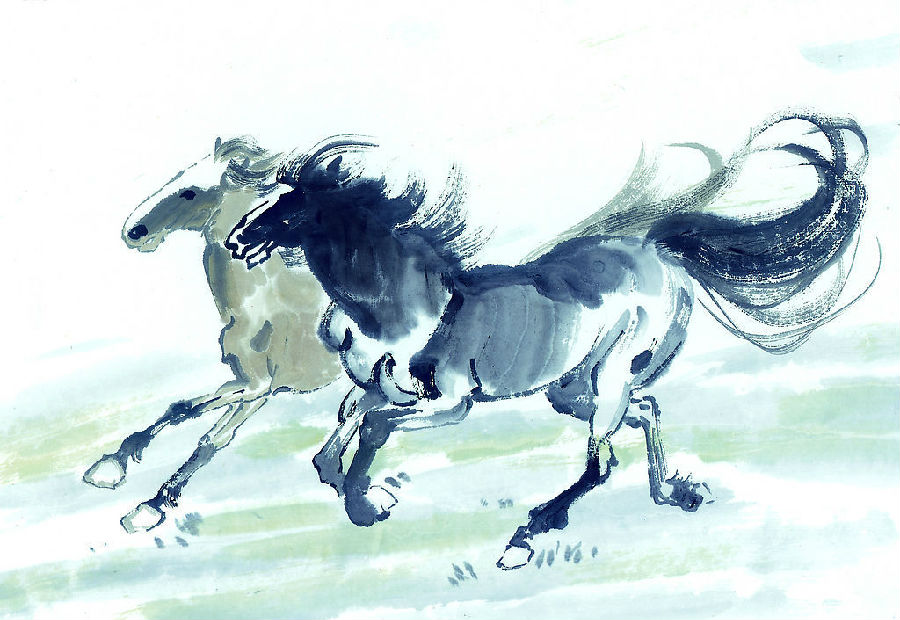 What is traditional Chinese painting?

Traditional Chinese painting is one of the oldest continuous artistic traditions in the world. Painting in the traditional style is known today in Chinese as "guó huà (国画)", meaning 'national' or 'native painting'. Traditional painting involves essentially the same techniques as calligraphy and is done with a brush dipped in black ink or coloured pigments; oils are not used. As with calligraphy, the most popular materials on which paintings are made are paper and silk. The finished work can be mounted on scrolls, such as hanging scrolls or handscrolls. Traditional painting can also be done on album sheets, walls, lacquerware, folding screens, and other media.

It was from the Six Dynasties (222-589) to the Tang dynasty (618-907) that the foundations of figure painting were gradually established by such major artists as Gu Kaizhi (顾恺之) and Wu Daozi (吴道子). Landscape painting started to become popular in the Sui (581-618) and Tang dynasties by the effort of Wang Wei (王维). Variations based on geographic distinctions then took shape in the Five Dynasties period (907-960). Flower-and-bird painting was separated from decorative art to form an independent genre around the 9th century. Modern painters have often mixed several colors on one brush or mixed their colors with black inks. As a result, they have obtained more natural and richly varied colors. Such techniques have been widely adopted and further developed in the contemporary period.

There are two main techniques in Chinese painting: 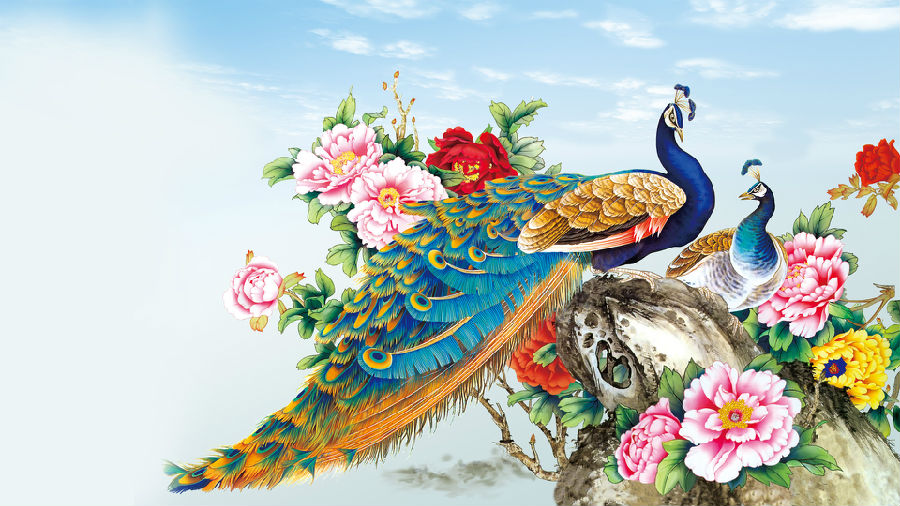 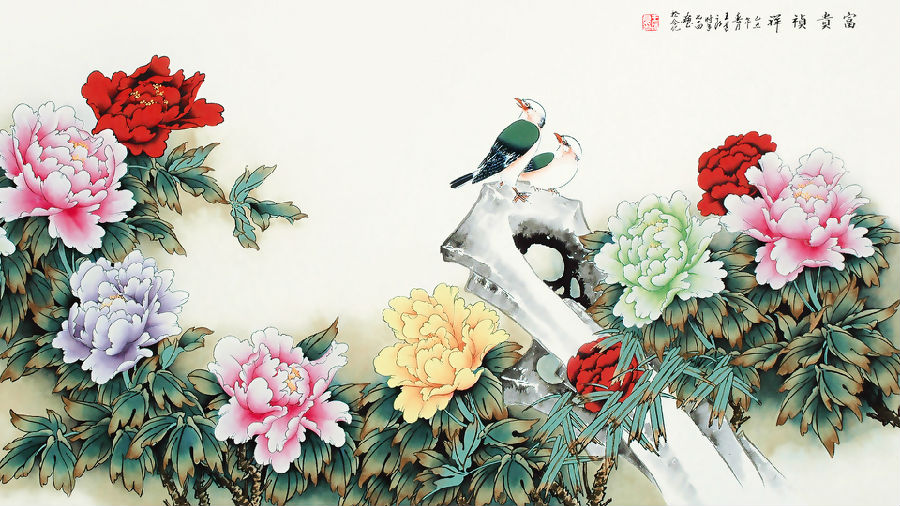 Gongbi (工笔), meaning "meticulous", uses highly detailed brushstrokes that delimits details very precisely. It is often highly colored and usually depicts figural or narrative subjects. It is often practiced by artists working for the royal court or in independent workshops. 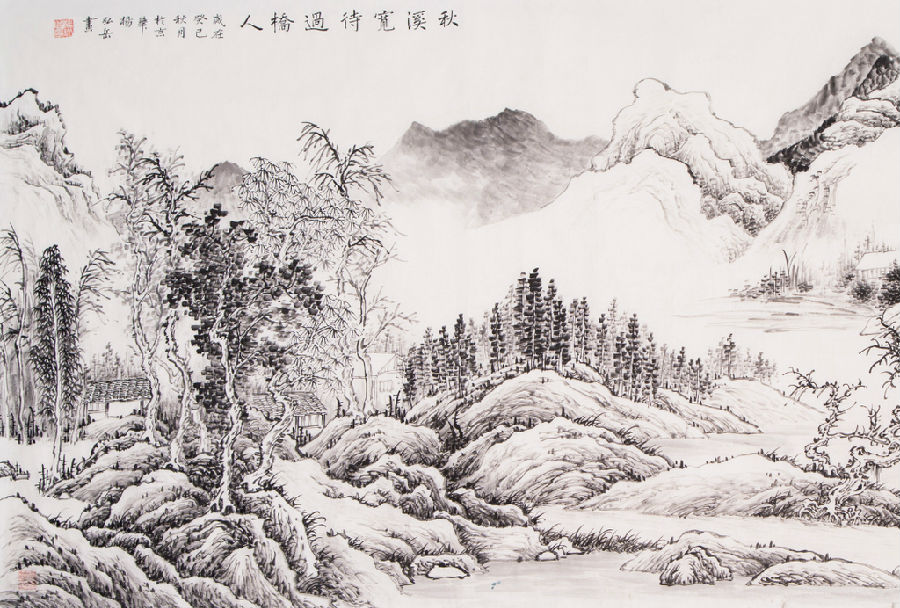 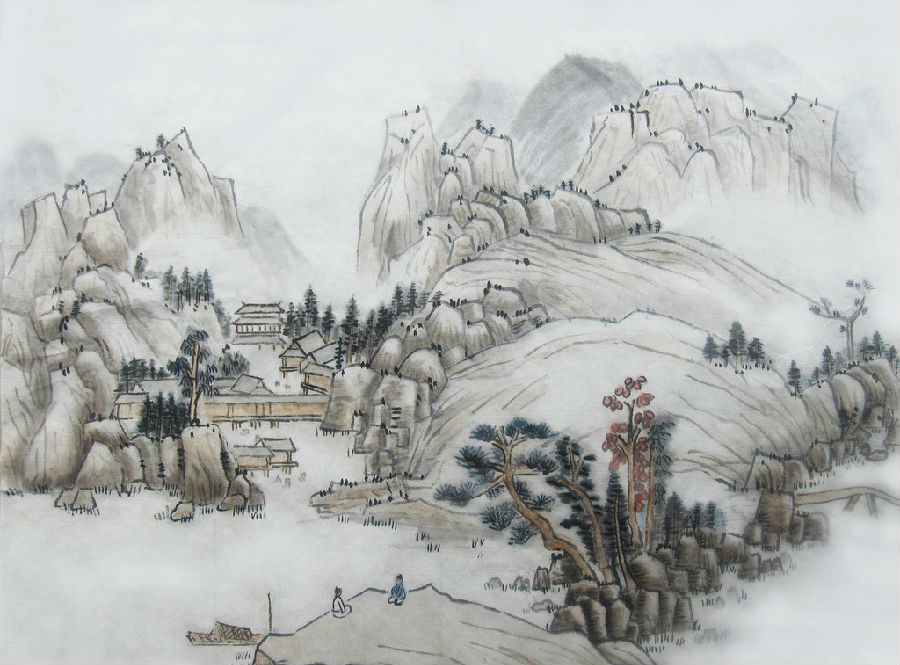 Ink and wash painting, in Chines shui-mo (水墨, literally "water and ink") also loosely termed watercolor or brush painting, and also known as "literati painting", as it was one of the "Four Arts" of the Chinese Scholar-official class. In theory this was an art practiced by gentlemen, a distinction that begins to be made in writings on art from the Song dynasty, though in fact the careers of leading exponents could benefit considerably. This style is also referred to as "xieyi" (写意) or freehand style.

Secondly, in the composition of a picture, Chinese painting does not be constrained by focus perspective but moving point perspective is used very often, which helps to enlarge the visual field and break through the limit of time and space.

Traditional Chinese painting is profound and it is not that difficult to draw. Would you like to have a try?

0 responses on "How much do you know about Chinese painting?"