How do Chinese people celebrate the Qixi Festival? 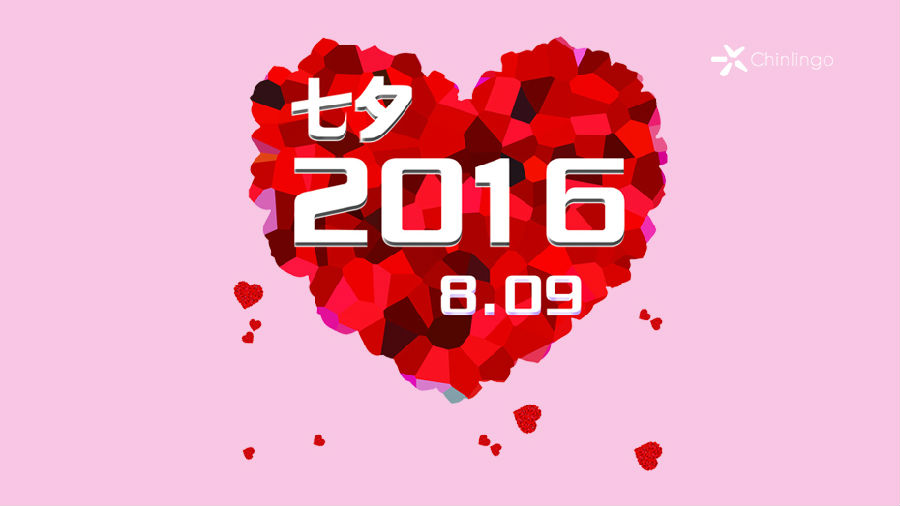 This year, the Qixi Festival falls on August 9 – the 7th day of the 7th lunar month in Chinese calendar. Chinese people celebrate the Qixi Festival every year, but it might be unfamiliar to the Chinese learners. Let's review this sad and beautiful mythology about Niulang, an orphaned cowherd, and Zhinü (Weaver Maid), the 7th daughter of Emperor of Heaven. 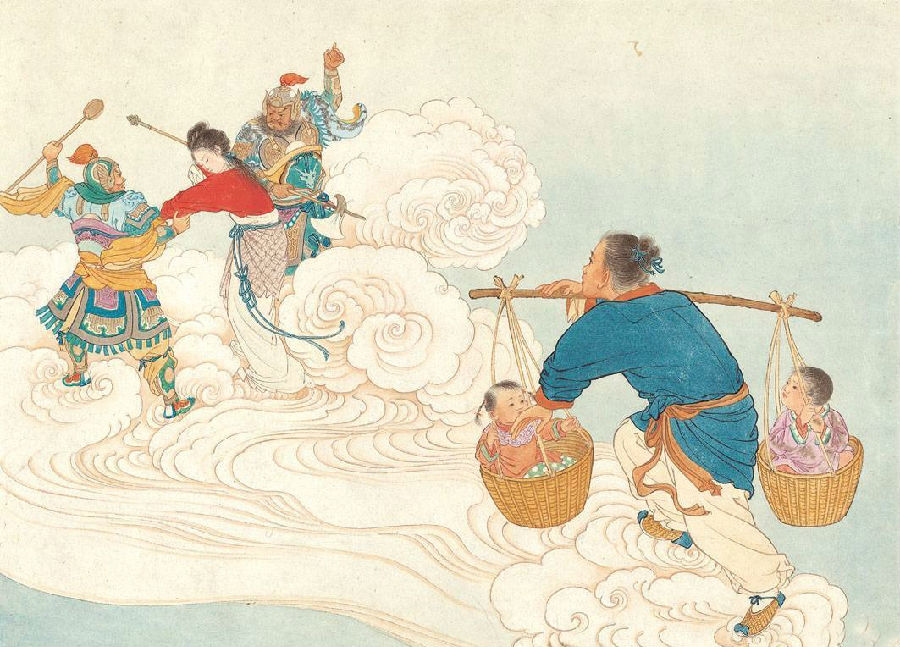 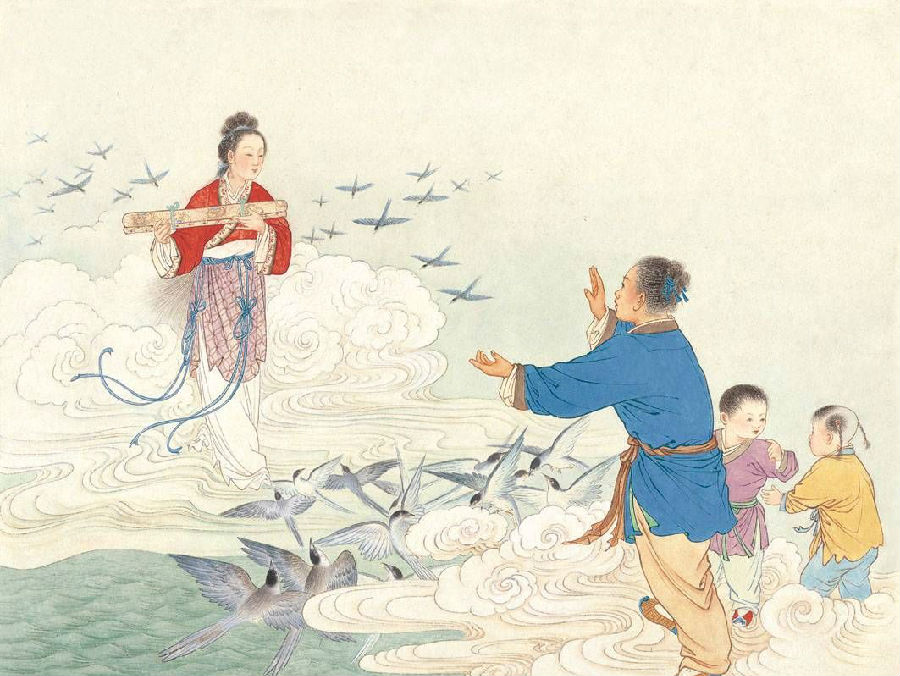 Their love was not allowed, thus they were banished to opposite sides of the Silver River. Once a year, on the 7th day of the 7th lunar month, a flock of magpies would form a "Magpie Bridge" (鹊桥 quèqiáo) over the river to reunite the lovers for one single day. 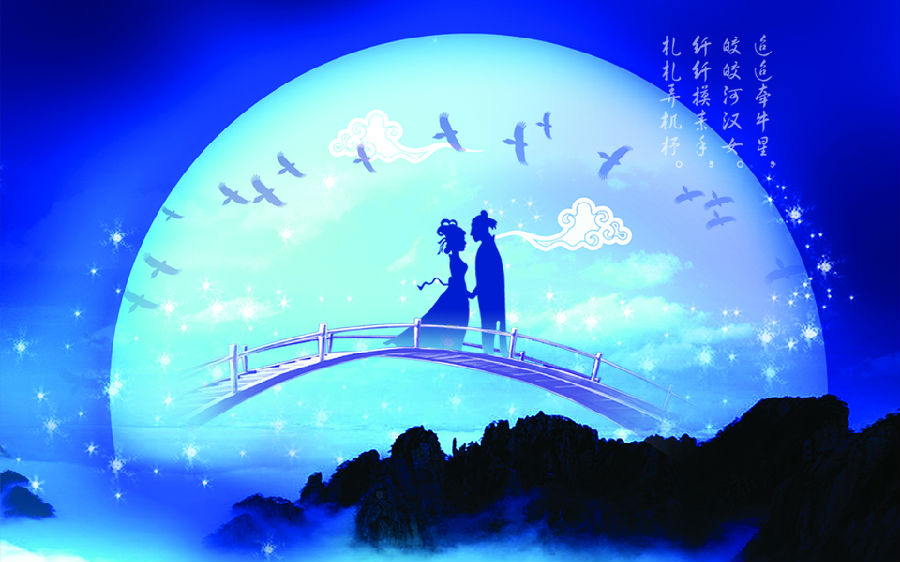 The Qixi Festival was first celebrated in the Han Dynasty (206 BC – 220 AD), and has been celebrated by the Han nationality since then. It's also known as the Qiqiao Festival (乞巧节/七巧节, qǐ qiǎo jié/qī qiǎo jié), the Double Seventh Festival, the Chinese Valentine's Day, the Night of Sevens, or the Magpie Festival.

There are many variations in the Qixi Festival customs across China. The most popular customs include demonstrating domestic skills; worshiping Zhinü the Weaver; making and eating 'skillful fruit'; praying for happiness, wealth and longevity; and making wishes for a good husband.

The most popular custom during the Qixi Festival is women "pleading skills" (demonstrating dexterity) on the evening of the seventh day of the seventh lunar month. Although there are many domestic skills demonstrated across China, some common activities among most young women include threading a needle and carving fruits.

Threading a needle is the longest standing means to "plead skills". The demonstration calls for speedily threading a needle under moonlight. On that night, the unmarried girls may pray for the Weaving Maid star to make them smarter. When the star Vega is high up in the sky, girls do a test, which is to put a needle on the water surface. If the needle doesn't sink, then the girl is smart enough and ready to find a husband. Girls may make any wish, but only one per year.

Young women often carve fruits into exotic flowers, animals, and unusual birds. The most common way to demonstrate dextrous fruit-carving skill is to carve images on the smooth skin of a melon.

The Double Seventh Day was once given great importance by young women and young married women, who, according to customs passed down by their elders, followed the custom of worshiping Zhinü the Weaver Maid.

The activity was organized by sisters (and female cousins). They usually prepared a table with tea, wine, fruits, longans, red dates, hazelnuts, peanuts, and melon seeds.

On the eve of Qixi Festival, the young women would sit around the table and display their beautiful needlework to show their skills. They would also watch the Vega constellation, and pray for a good husband and a happy life. After that, they would play games or read poems until midnight. 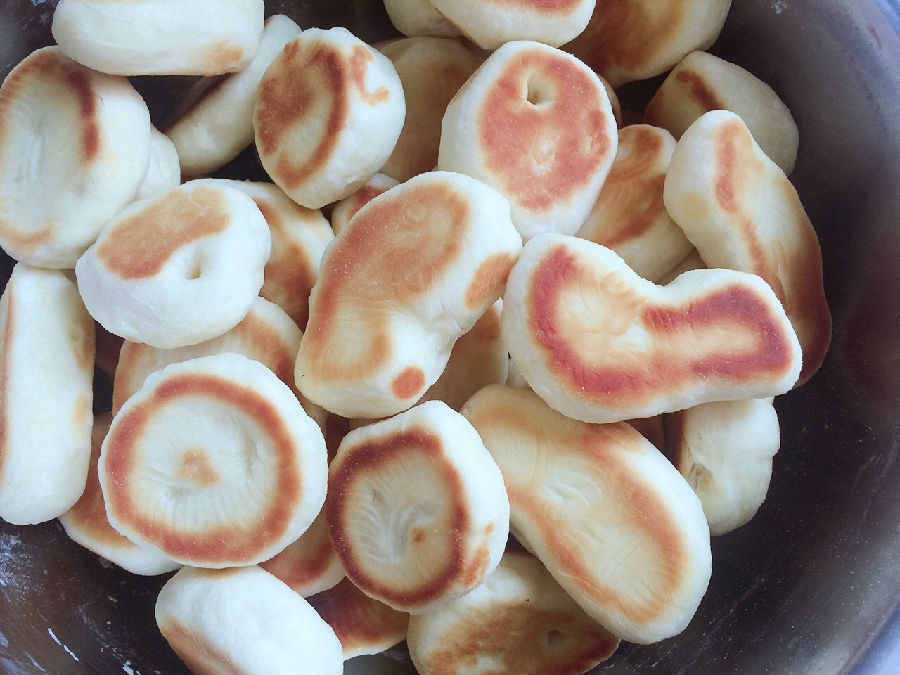 They are cooked as follows:

First put some sugar into a pot and boil it into a syrup, then add flour and sesame seeds, and mix into a dough.

Put the dough on a table, and roll the pastry out until very thin. Cut the pastry into squares and fold them into fusiform shapes (wide in the middle, tapering at the ends). Lastly, fry the pastries until they turn golden yellow.

Apart from the above customs, there are many other customs in different provinces and different Chinese ethnic minorities. Take your time to explore more Chinese culture during the Qixi Festival. Don't forget to express your love and gratitude to the person you love on this double seventh day.

1 responses on "How do Chinese people celebrate the Qixi Festival?"