Rio 2016 Olympics: Which team has the most stylish uniform?

The opening ceremony of the Rio 2016 Olympics is just hours away, when people around the world will enjoy the welcoming speeches, hoisting of the flags and the parade of athletes. But not all the audience are sports fans, some may just be exciting to see the athletes' uniforms.

Some designers are highly praised for their stylish uniforms, while some criticized for lacking creativity. The followings are the uniforms of some participant countries and regions. Which is the most stylish in your eyes? 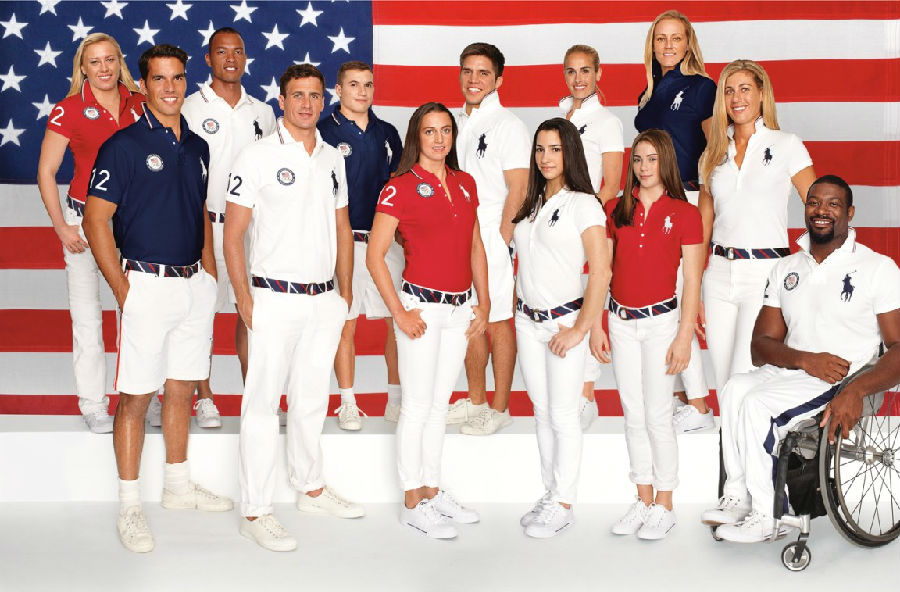 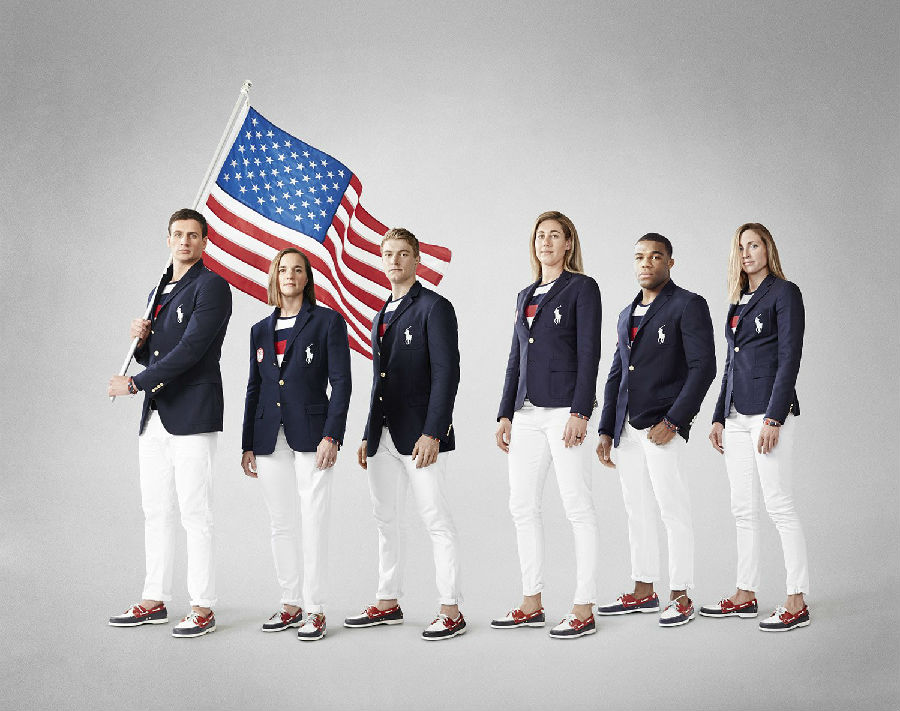 Ralph Lauren returns as a fashion coach for Team USA and "playing it safe" seems to be his latest game day motto. With white shorts, button-down shirts, striped belts and signature Polo logo the looks are true to the designer's classic aesthetic including the large USA print on the back in the requisite red, white and blue. 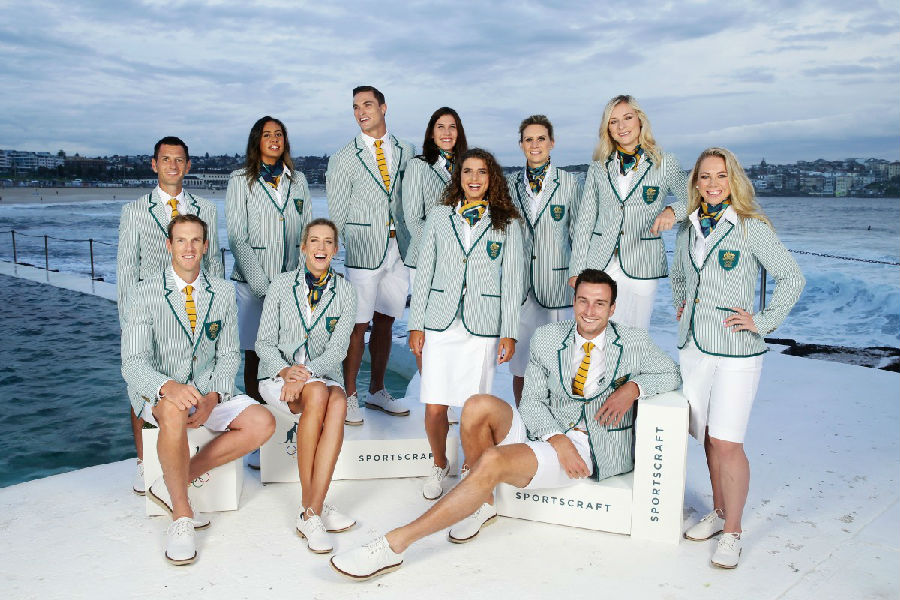 Sportscraft helped design the outfit for the seventh time for the Australian team, spending two years consulting with the Australian Olympic Uniform Committee and the athletes. The mint green and white striped seersucker cotton blazer has a gold embroidered coat of arms badge and burnished gold Australian Olympic coat of arms buttons. Female athletes have a silk scarf printed with the Southern Cross, and there's green and gold knitted tie for the men. 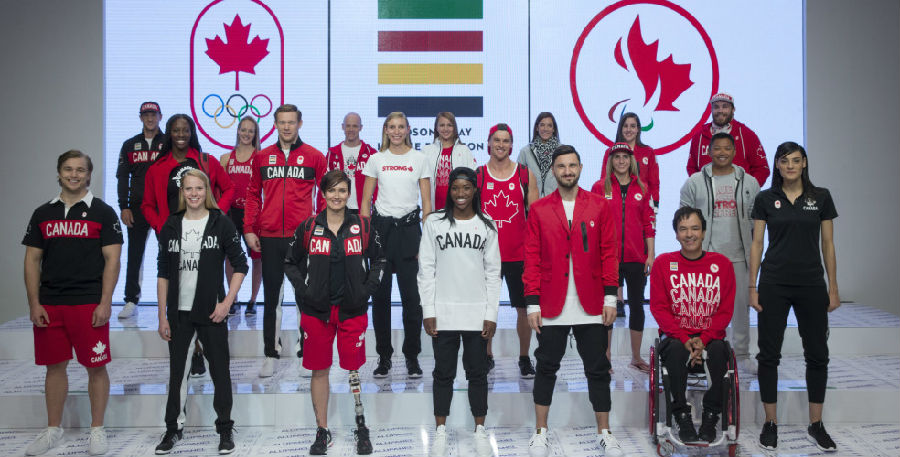 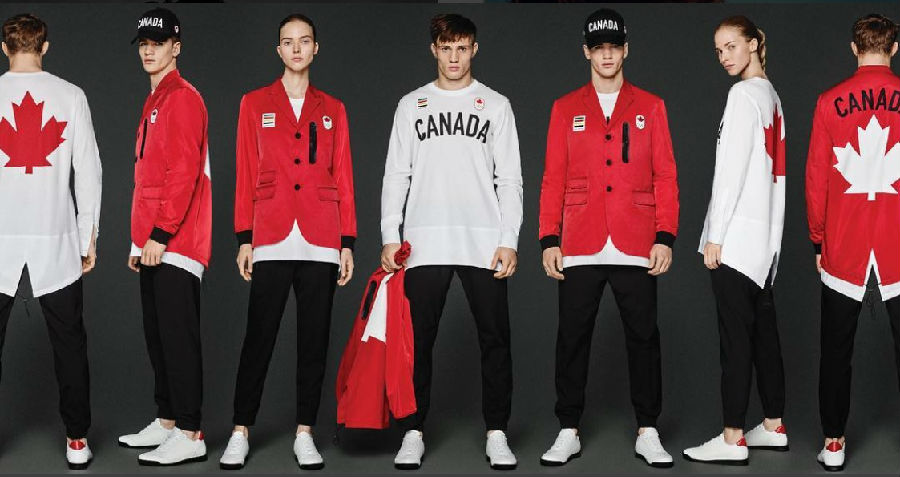 The uniforms are created by twins Dan and Dean Caten of the famed DSquared2 brand and produced by Hudson's Bay, a legendary Canadian department store. The designer duo is known for their impeccable tailoring that is evident in the athletic blazers with bonded zip pockets on the front.

The collection mixed the traditional red and white colors with black and grey tones for a chic color palette for both athletes and fans watching from home. The minimalist approach works, bringing fashion forward focus to the basics. 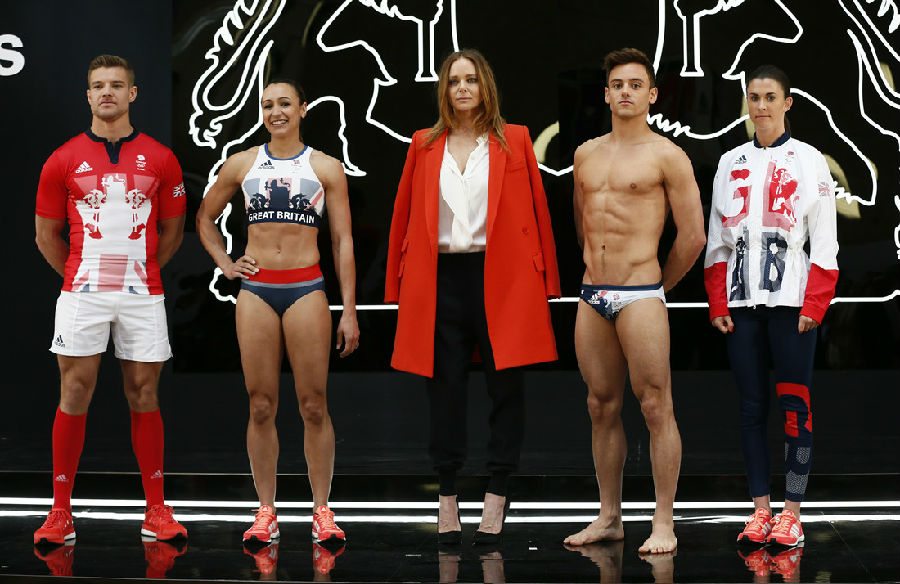 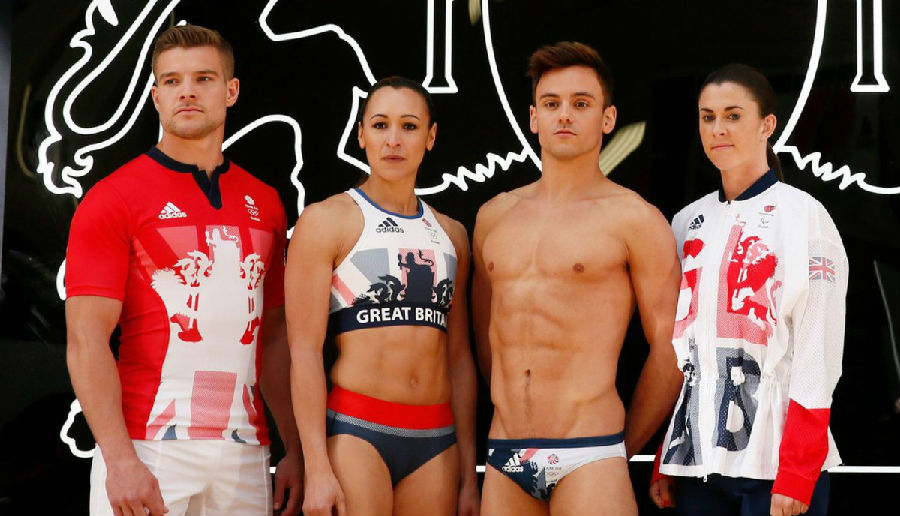 Stella McCartney in collaboration with Adidas have proved to be a winning style strategy for the UK Olympic Committee. The fashion savvy kits make strong use of the new coat of arms and the traditional Union Jack colors: navy blue leggings, white sweaters, red accents throughout formal and discipline-specific uniforms. 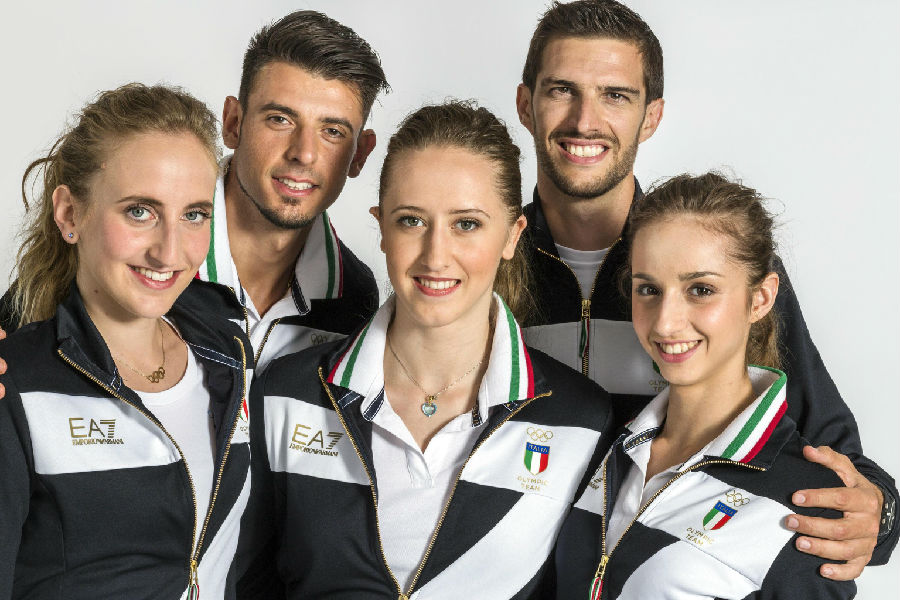 The sportswear items come in Armani's iconic midnight blue, and bear the EA7 logo, the word "Italia" and the new logo of the Italy National Olympic committee. The tracksuit for the podium incorporates big graphic inserts in contrasting white and displays the word "ITALIA" in gold on the back. The lining of the jackets and sweatshirts carries the first verse of the Italian national anthem in gold italic script. The opening words of the anthem also appear on the blue strip, under the raised collar, of the polo shirt.

Finally, two styles of running shoes will be provided — white and blue along with the colors of the Italian flag, both made using the innovative C-Cube (Carbon Cushion Control) technology, which guarantees maximum reactive comfort and rest in all circumstances. 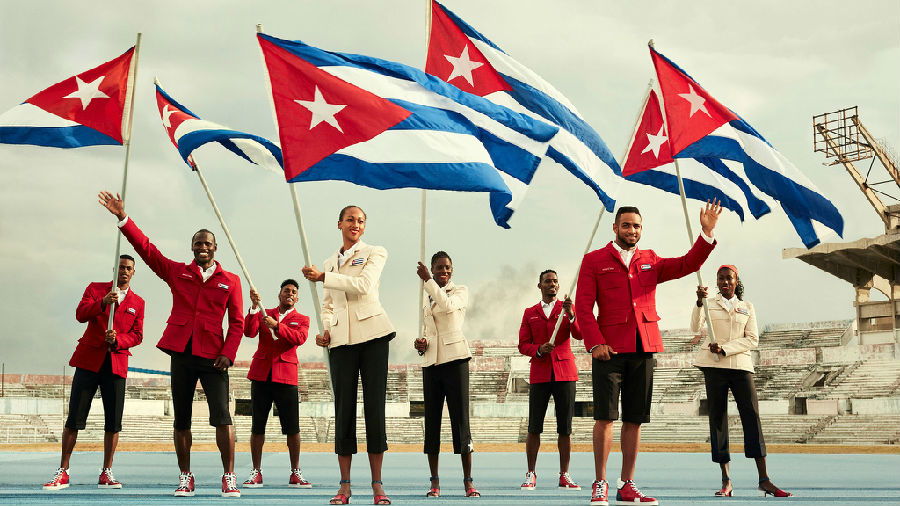 The focal point of the uniform, designed by Christian Louboutin, is a crisply tailored two-button, notch-lapel jacket — a red one for the men and a beige version for the women — that takes inspiration from the guayabera shirt (four patch pockets on the front, vertical pleat details on the back) familiar to the Caribbean region. Details include a Cuban flag patch on the left breast pocket and a five-point star on the back. Worn over white, button-front shirts, the jackets were designed to pair with the athlete's choice of navy blue knee-length shorts, cropped trousers or skirt. 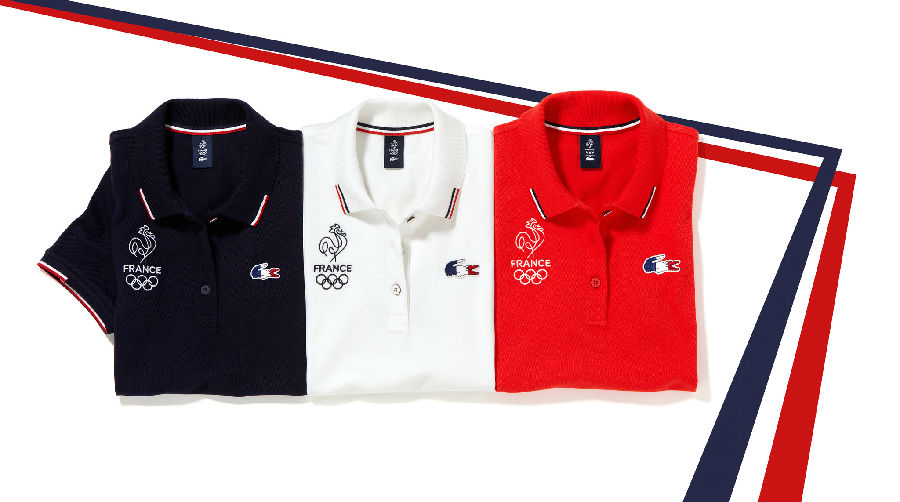 French brand Lacoste was founded by the tennis legend Rene Lacoste which makes its impeccable sports pedigree a natural fit for the Olympics uniform design. Minimal. In the colors of the French flag (blue, red and white), though in practice this means largely navy and white, with red accents. Which is a good thing. 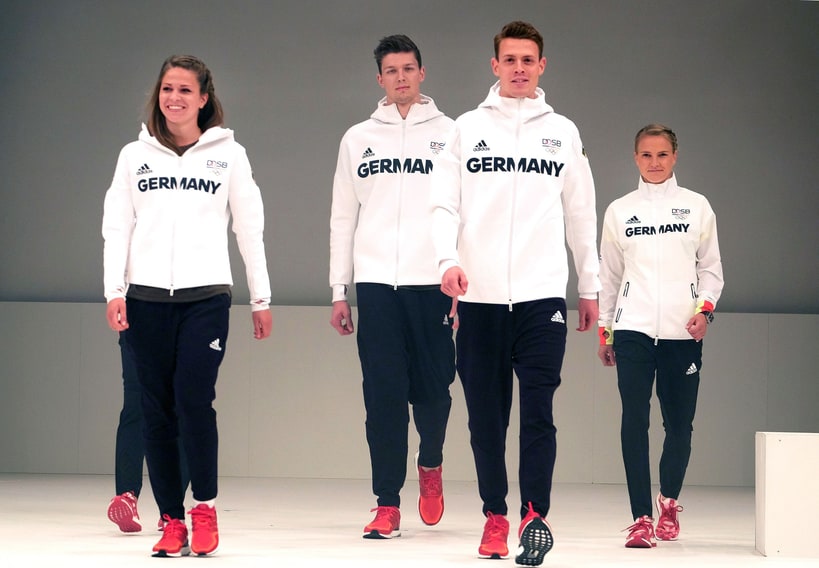 Team Germany will model understated black and white uniforms by Adidas, complete with high-collared zip-ups, at both the opening ceremony and throughout the competition. 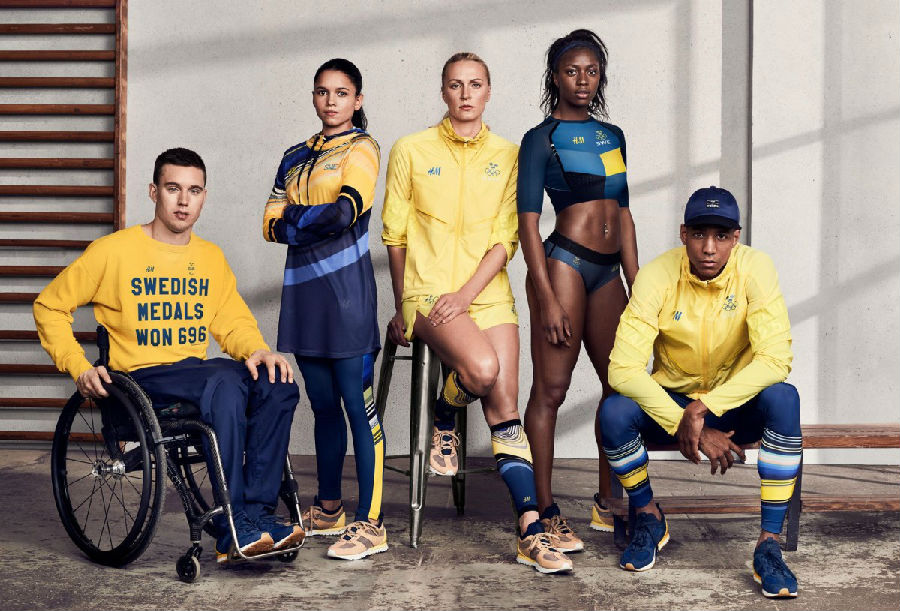 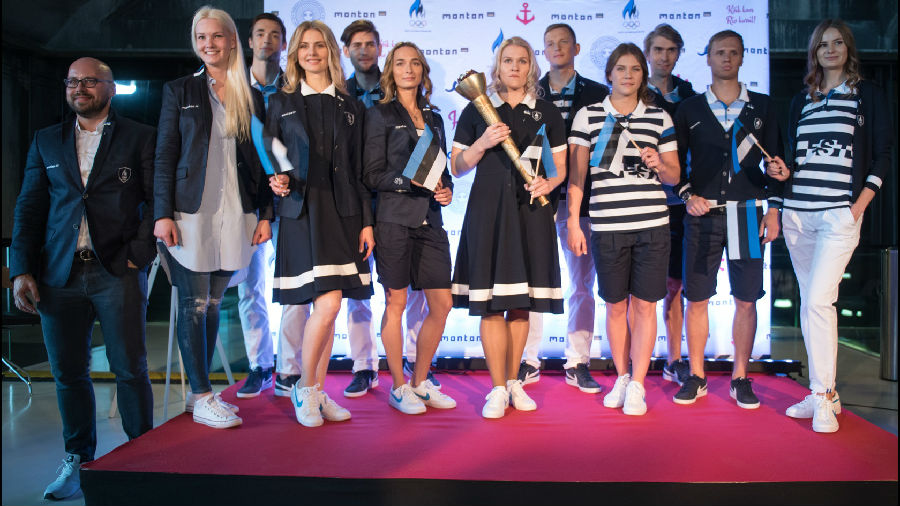 The blue, black and white nautical-themed collection was designed by Monton, in collaboration with the EOK, and influenced by the Baltic nation's connection to the sea — a connection which is also being celebrated in Estonia with the 2016 Year of Maritime Culture. 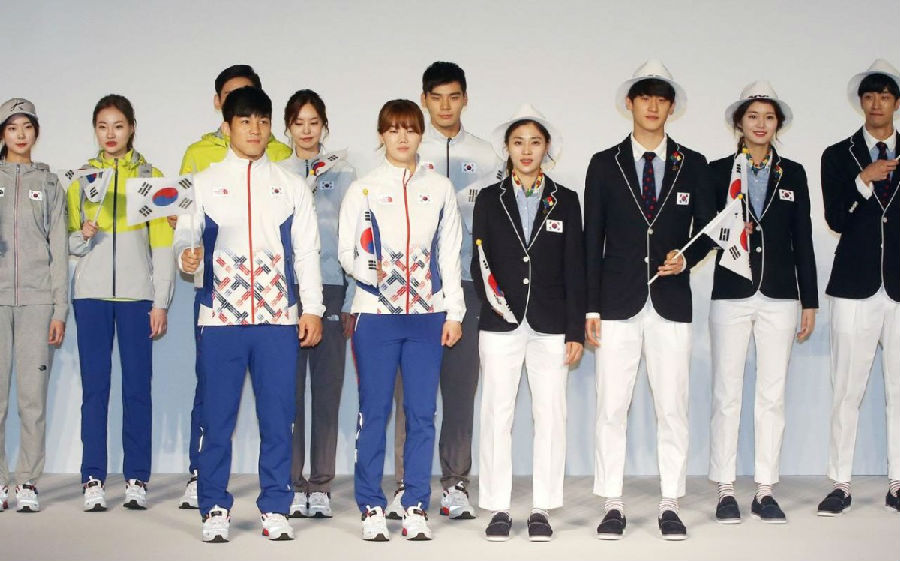 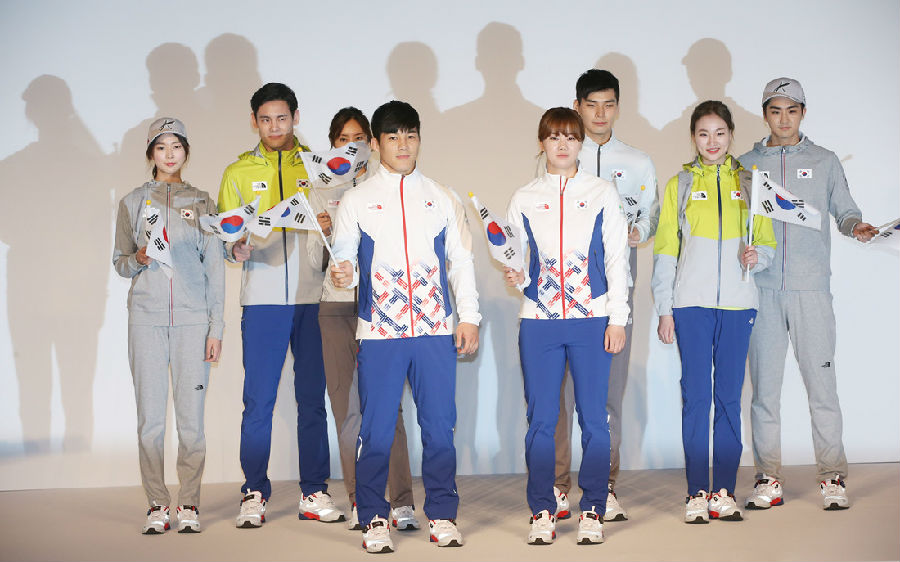 With navy blazers, stark white trousers and the striped socks to accent the deep blue boat shoes, Team South Korea is ready to join the Americans country club poolside. While these designs don't break new ground aesthetically, they've made headlines for the Zika repellent within the fabrics to prevent any possibility of the virus affecting the athletes.

The bright yellow and red used in the uniform are teased as the Fried Egg with Tomato by the internet users. Ye Chaoying, the designer and the CEO of Hengyuanxiang Group, said that "we hope our athletes will feel like wearing our national flag" as they enter the stadium when the Games open in August in Rio. It's the third time Ye has been the designer for China national Olympic team.

"Stir fried tomatoes and eggs never change. Can't you use a different color? It's so ugly," said a Weibo user. 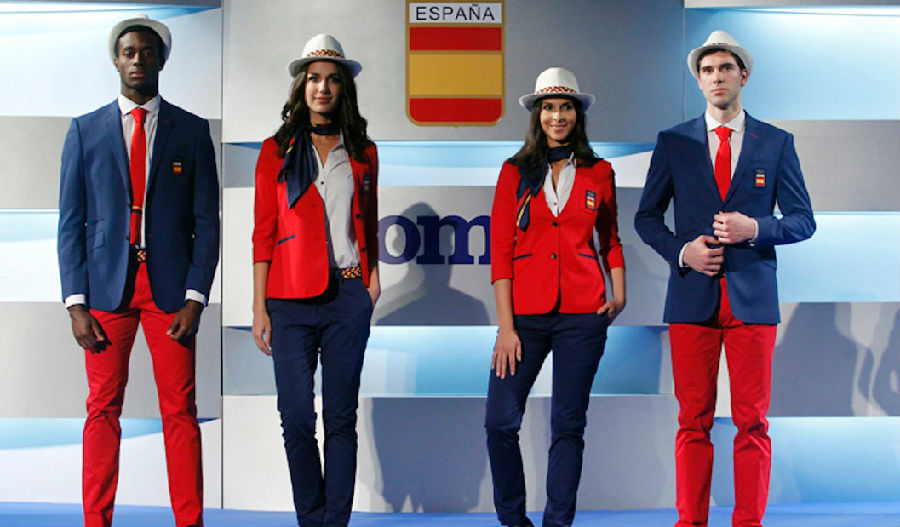 While China has stuck closely to the colors of its flag, another country dealing with red and yellow has taken a different tack. Spain has opted for a more subdued combination of red and blue.

0 responses on "Rio 2016 Olympics: Which team has the most stylish uniform?"