Futuristic and cool? But it's a real bus undergoing a test run in Qinhuangdao, China. 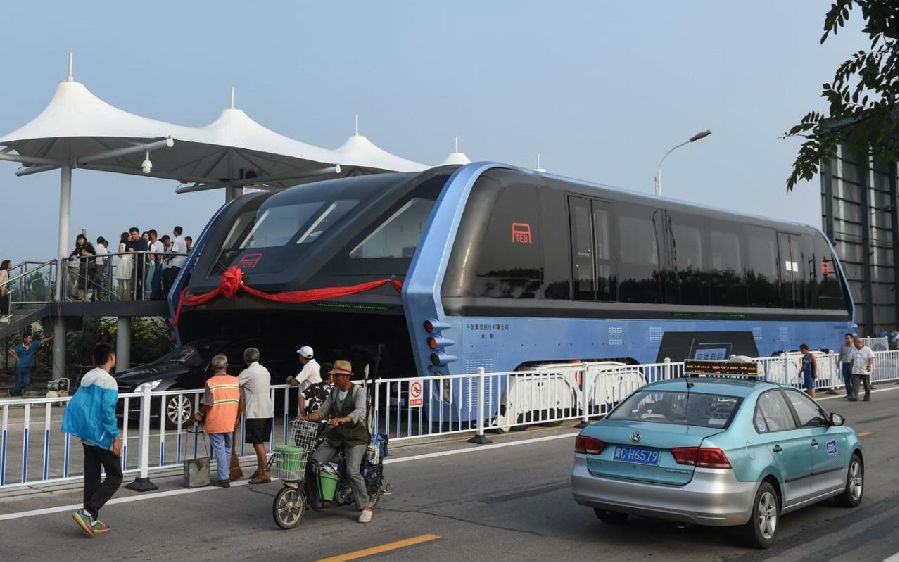 Firstly unveiled in 2010, the straddling bus, officially named Transit Elevated Bus or Transit Explore Bus (TEB), was dreamed up as a solution to the severe traffic problems in China's major cities. The bus, purely powered by electricity, allows commuters to soar over the tops of cars on the increasingly congested roads. Different from the cars, the TEB runs on 16 tired wheels and is guided by pairs of rail wheels laid along the roadside, more like a cross between a tram and a bus. 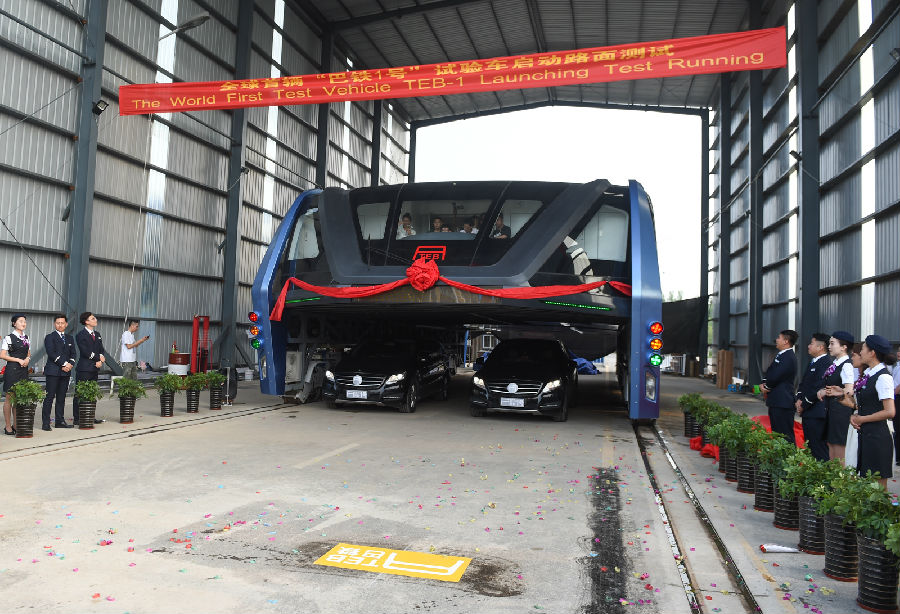 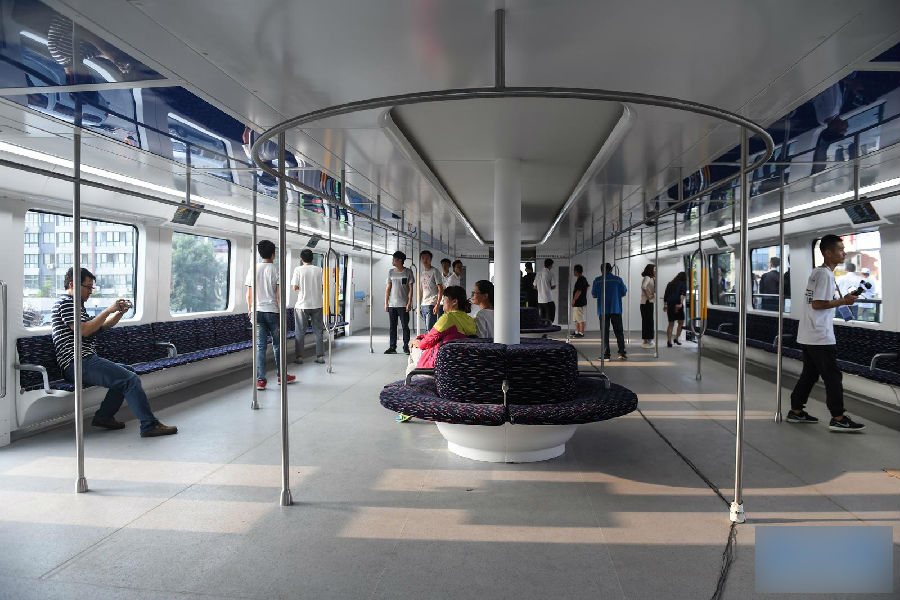 The test run of the TEB scale model was carried out on a 300-meter-long controlled track. Each bus is 22 meters long, 7.8 meters wide and 4.8 meters tall, and can carry up to 300 passengers each time at the speed of 40-50km/h. Cars can pass underneath the bus, moving or stationary. It's spacious inside, a bit like an enlarged subway train as opposed to having long rows of seats like a ferry. The bus is estimated to reduce traffic jams as much as 30%, for it can save lots of road space.

Song Youzhou, the inventor and chief engineer of TEB, says prototypes are being constructed, and that five cities — Nanyang, Qinhuangdao, Shenyang, Tianjin and Zhoukou — have signed contracts for pilot projects. The TEB has also attracted interest from governments in Brazil, France, India and Indonesia

Take a look at how people think about it:

I can't believe they bothered to build this; it assumes that all other traffic forms in neat, orderly, straight lines that leave enough space for the bus' tracks to pass through. Have the inventors never seen a road in use?

If adopted, watch some genius with insufficient top clearance try to drive under it and get stuck, like what happens here with some low railroad trestles.

Best invention ever. Will do nothing but good to traffic. Should have this everywhere. Fraction of the cost of a monorail.

Funny…I guess it will be battered underneath in two days.

It's more likely to cause traffic accidents. If the TEB collides with cars, all rides will be postponed.

It's the first time an idea has come true so quickly. I remember I just saw the concept not long ago.

Awesome! You fools get shut up! It's just a test run, and the disadvantages need to be overcome. What are you complaining about?

The invention of the new bus will change the traffic rules in some way. The subway is being constructed, but I'm also longing for this new bus in place.

It's something like a big fish swallowing little fishes.