Which side do you take in the Kim Kardashian-Taylor Swift feud? 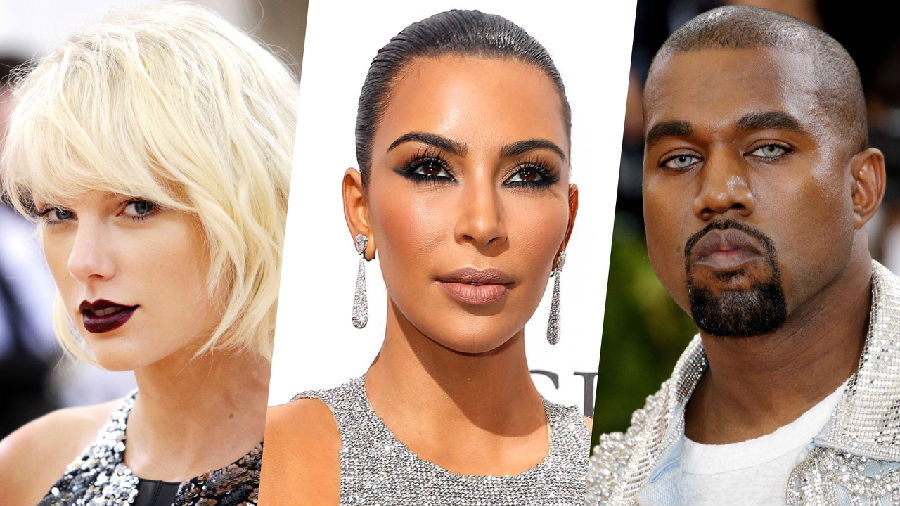 It seems hard for Taylor Swift to shake off bad luck. Recently, Taylor has been involved in the feud with Kanye West and his wife Kim Kardashian, and the feud may now be more "Famous" than the song itself. 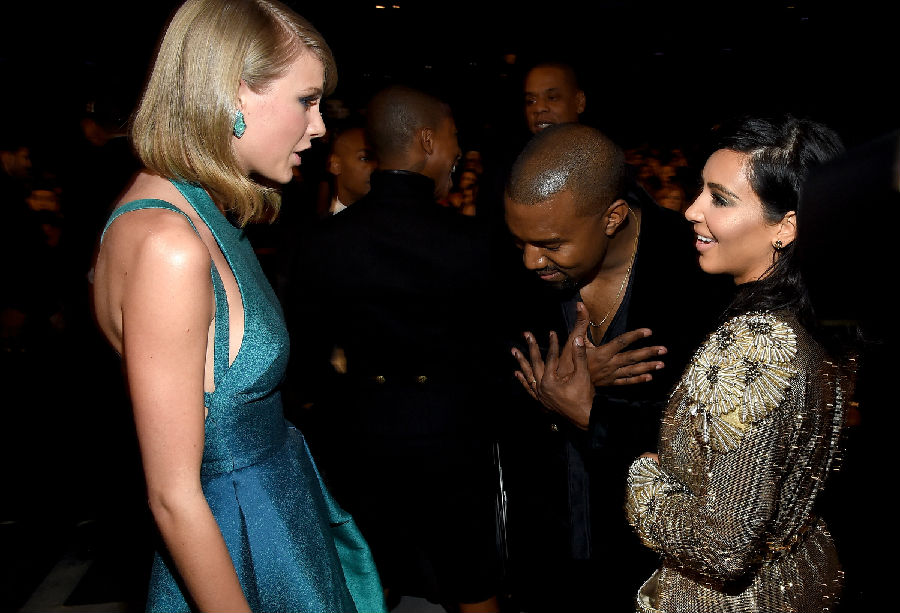 Recently, Kim Kardashian released her Snapchat video featuring Kanye's phone conversation with Taylor Swift over the lyrics to his song "Famous", to show Taylor Swift approving the song. One part of the song goes: "I feel like me and Taylor might still have sex. Why? I made that bitch famous."

Swift hit back that she never approved being called a "bitch" and that the video being secretly recorded and then released into the world is a violation of California law. The internet is now explosive with this celebrity slugfest.

To win over the Chinese internet, Taylor posted an official statement on her Weibo account: "That moment when Kanye West secretly records your phone call, then Kim posts it on the Internet. 当坎耶•维斯特偷偷地录下了和你的通话，然后金•卡戴珊把它发在了网上。" 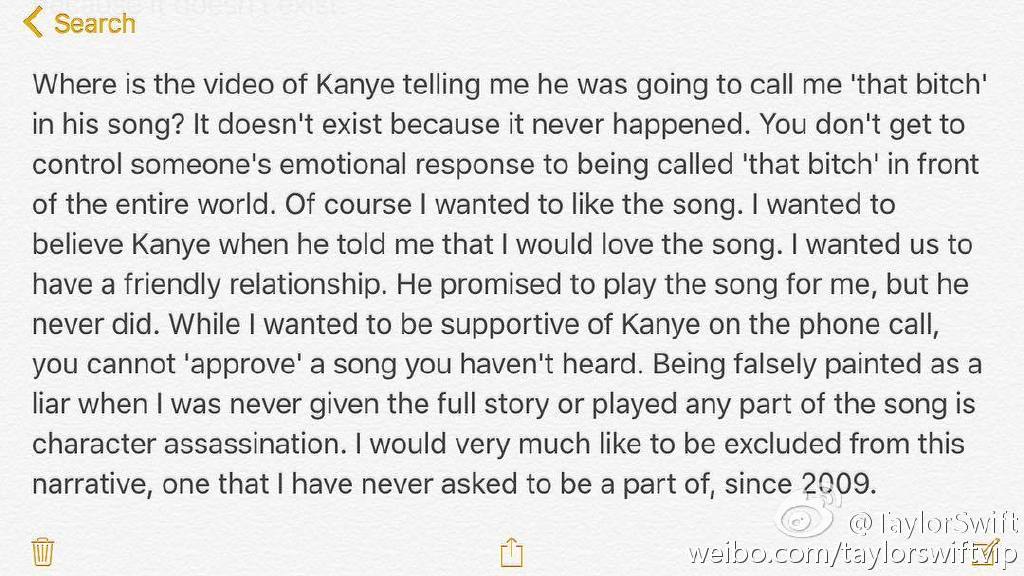 The post has received over 27,000 likes on Weibo along with over 11,000 comments. And most of the comments are firmly in support of the pop princess:

Meimei, always support you. Don't care about what others say, let's Shake It Off! Come on! (Sorry, my English isn't very good).

Why would any sane person record a phone call when you're talking with your friend? If he's not plotting against her, I don't know what he's doing. As for her statement, I honestly have no idea why people hate her so much. What's wrong with her defending herself when the world turns against her?

I have two questions: why did he record the phone call in the first place? And why didn't she get upset when she heard the phrase 'I think me and Taylor might still have sex?' Meh, Hollywood is really complicated.

I love Taylor Swift and I will never insult her in the way haters do. If some fans want to leave her because of this video, so be it. I will always support her no matter what happens.

My English is not that good but what I want to say is: Life it is never easy especially when you are kind and famous. I love your song so so so much! And I hope you will make more song tomorrow and I will buy your Music Album forever. And I love you ~ (posted in English!)

How do you think about the feud between them? Which side do you take?

Why is Taylor Swift called 霉霉 by Chinese? 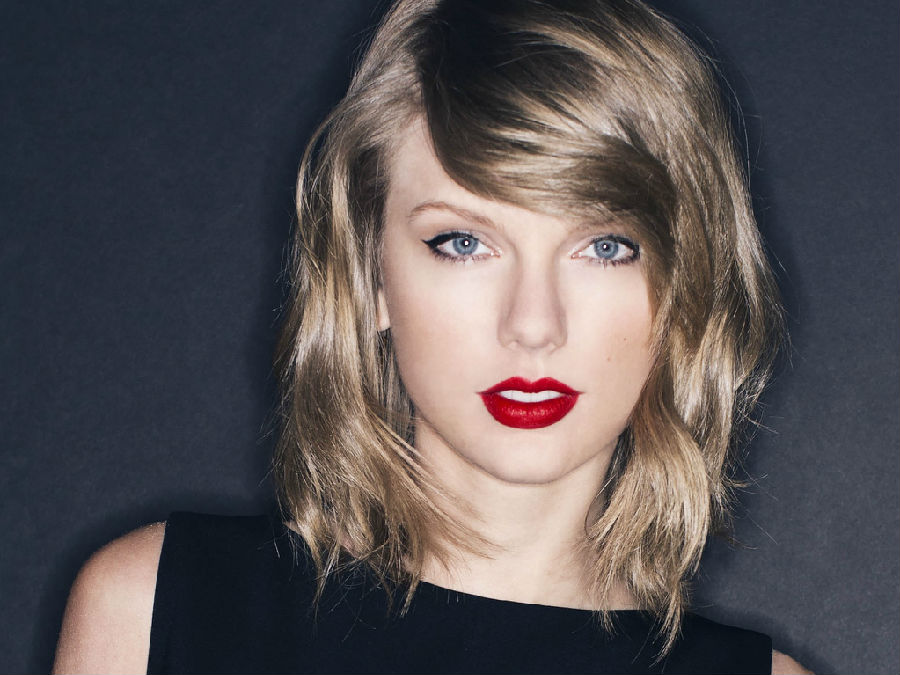 Pretty much every Western celebrity gets a Chinese nickname. For example, Katy Perry is "Fruit Sister", Benedict Cumberbatch is "Curly Blessing" and Taylor Swift is "Meimei" in China, with a literal meaning of "moldy" and "unlucky." 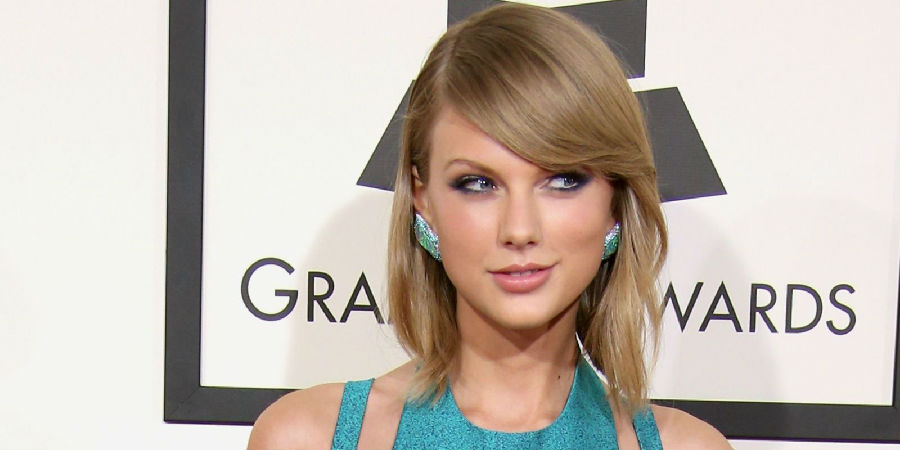 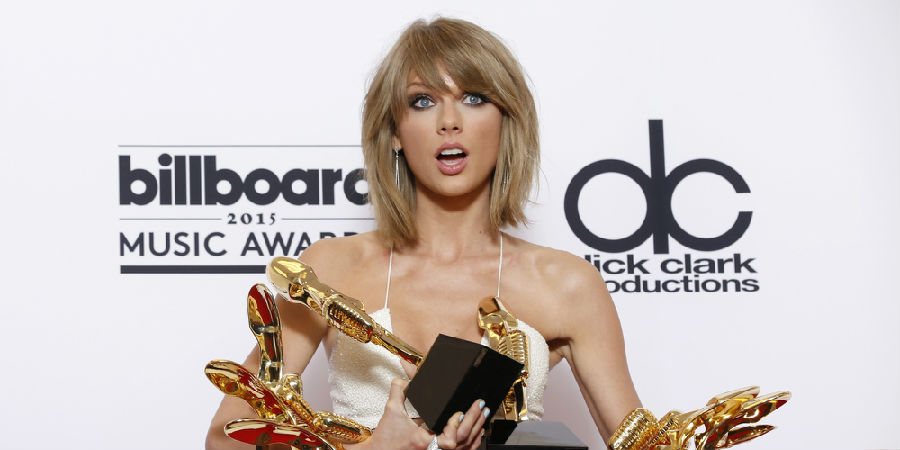 Why "Meimei"? In the eyes of the Chinese fans, Taylor is a beauty, and "beauty" (美眉- měi méi) in Chinese is pronounced almost in the same way as "moldy" or "unlucky" (霉霉 – méi méi). It's a nickname Chinese fans give Taylor Swift to console her for losing several Grammys to her competitors. Every time Taylor debuts a strong single aiming at crowning the Billboard Top 100 ranking, she bumps into different 'evildoers' and has to be stopped as a runner-up. The nickname is "unlucky", but in a loving way.

0 responses on "Which side do you take in the Kim Kardashian-Taylor Swift feud?"