Walking in the streets these days feels like being in the future world. People are wandering around with their heads in their phones and every once in a while, they will stop and exclaim, "There's a Geodude nearby!" or some such. The hunt is on.

What happened? Well, it's all about the newly released mobile game "Pokémon Go". The game made by Nintendo became the top app in the Apple Store last week after its release in the US, Australia and New Zealand. How popular it is? Check out the following photos: 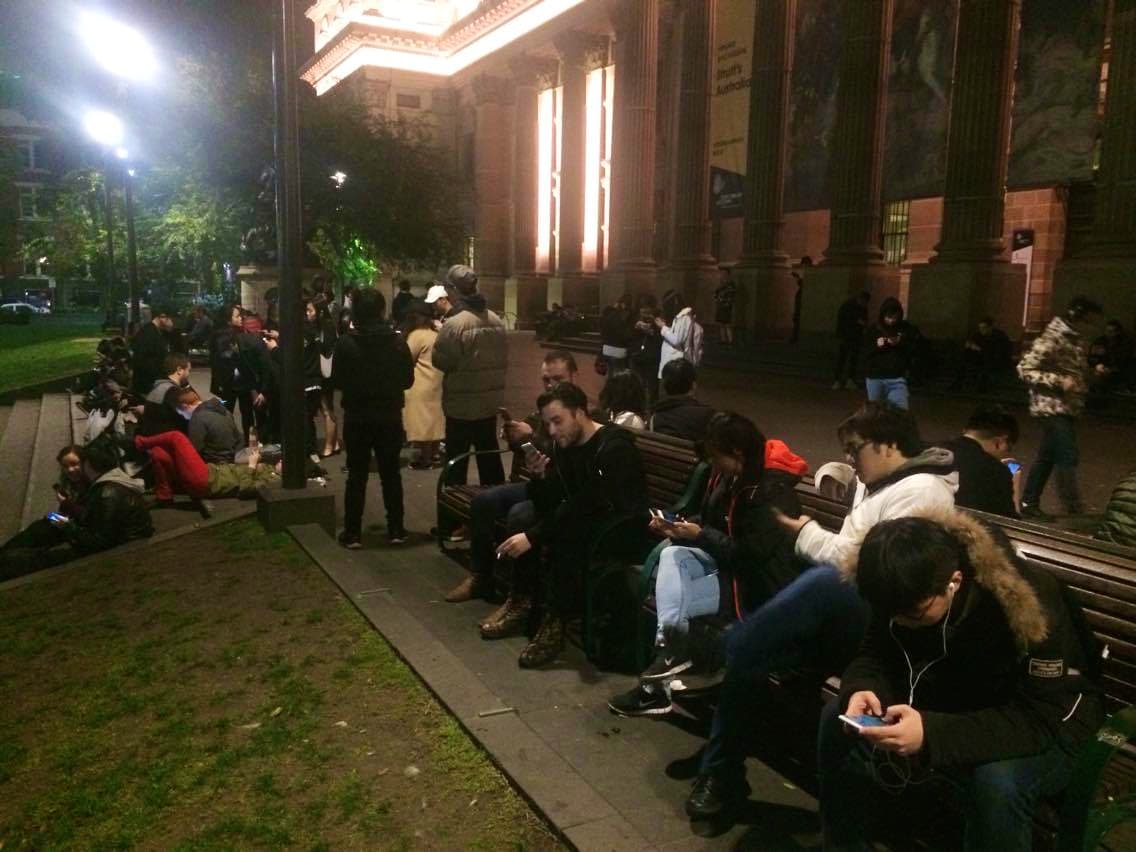 A park in Sydney 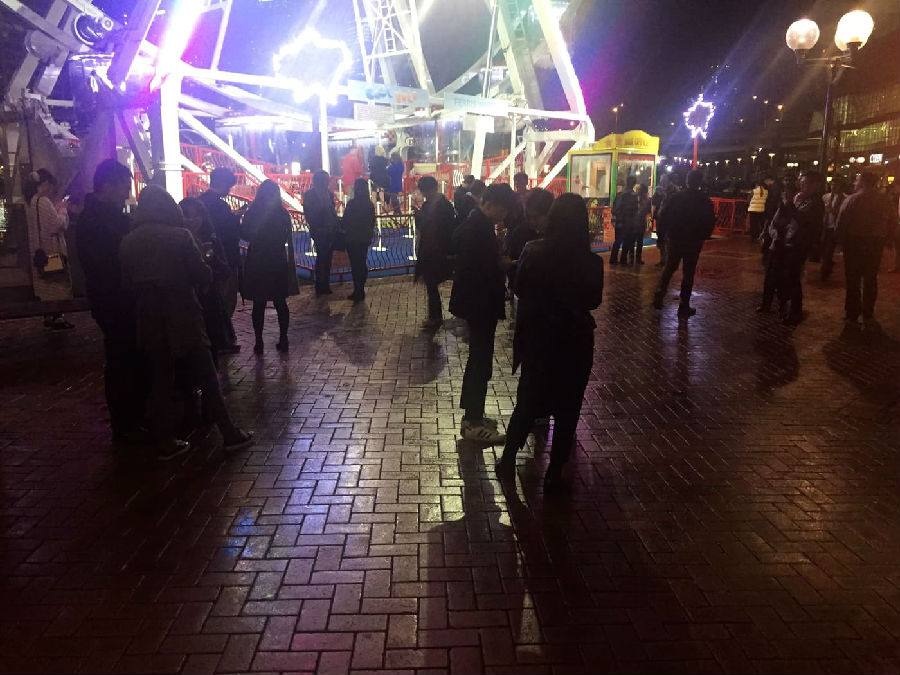 Pokemon Go players in the Netherlands 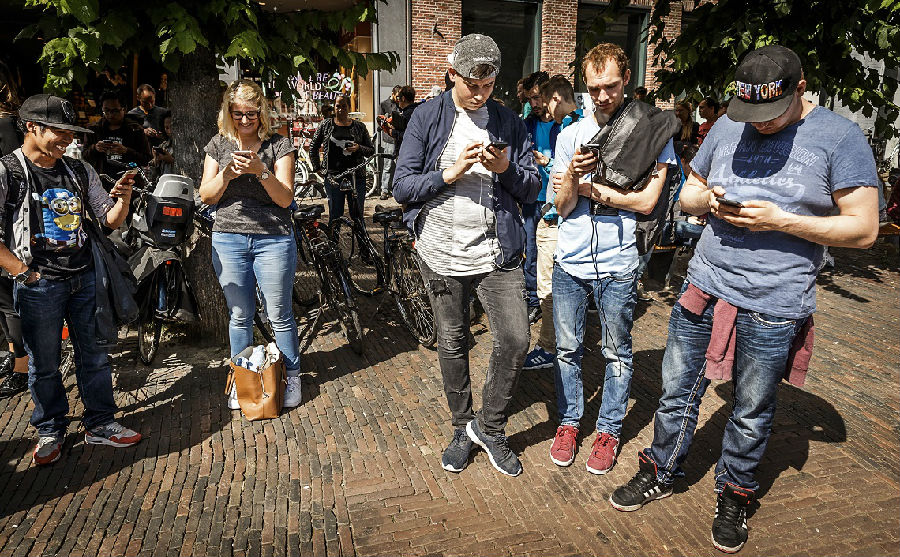 People play 'Pokémon Go' on their smartphones in Union Square in New York. 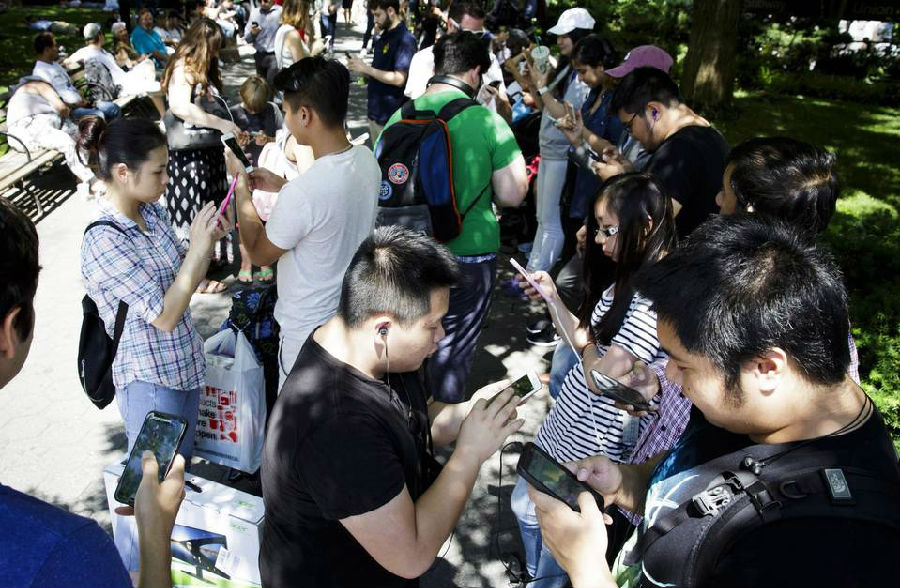 Here is how it works:

The apps uses GPS. As you wander through the real world, it will show you an animated version of Google maps. You'll be able to see roads, buildings, Gyms, and Pokéstops. 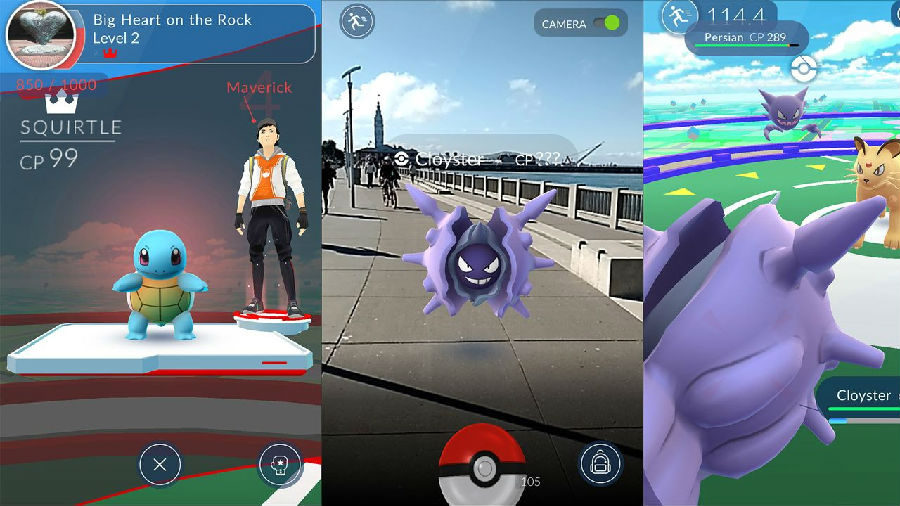 When you are near a Pokémon, you'll get a notification in the form of a vibration.

It then launches an augmented reality experience with the Pokémon dancing around in realtime.

Then, you'll throw a Poké Ball at the Pokémon, by swiping towards it.

If you are lucy, the Pokémon will be yours.

This game has also become a perfect excuse for keeping fit. Why?

A player shows a route map with and without Pokémon GO.

Another player shares his number of steps everyday before and after Pokémon GO. 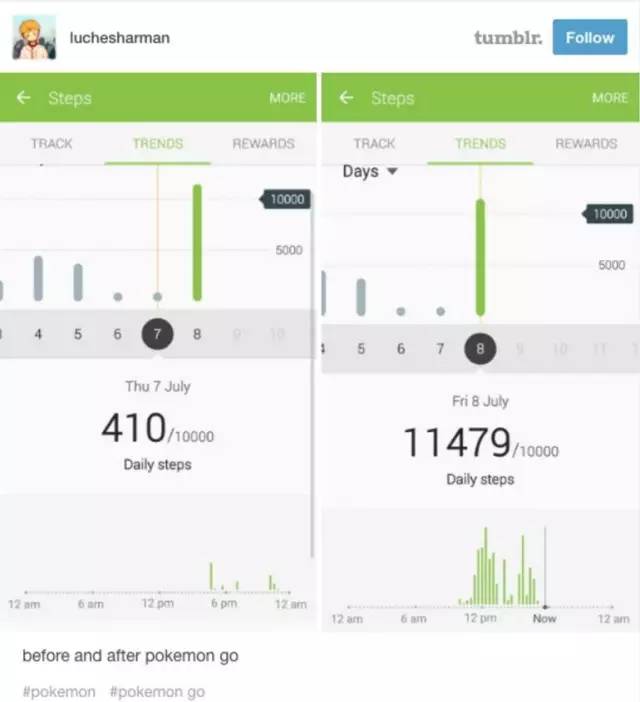 Many people go wild for the game. They seem quite enjoyable.

Other fans are more crazy about catching Pokémon: 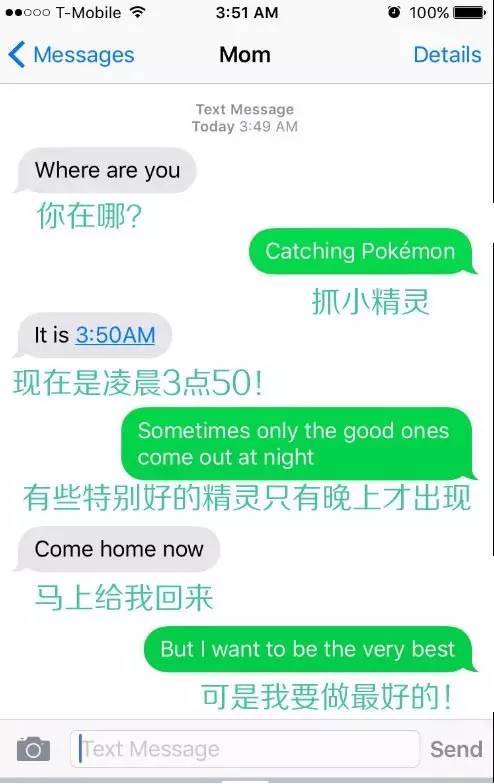 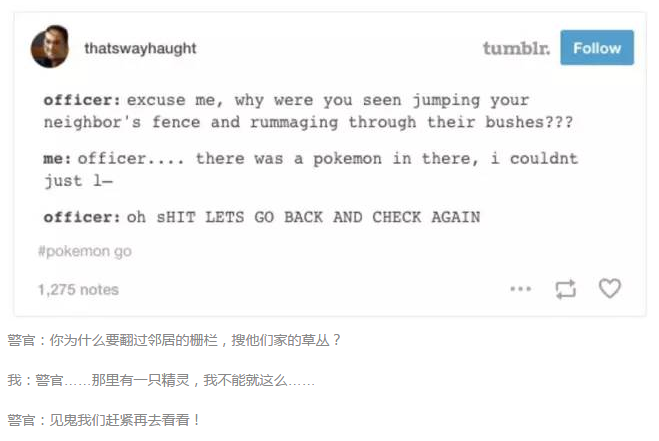 Even a volunteer on the Mosul front line caught his first Pokémon while fighting ISIS: 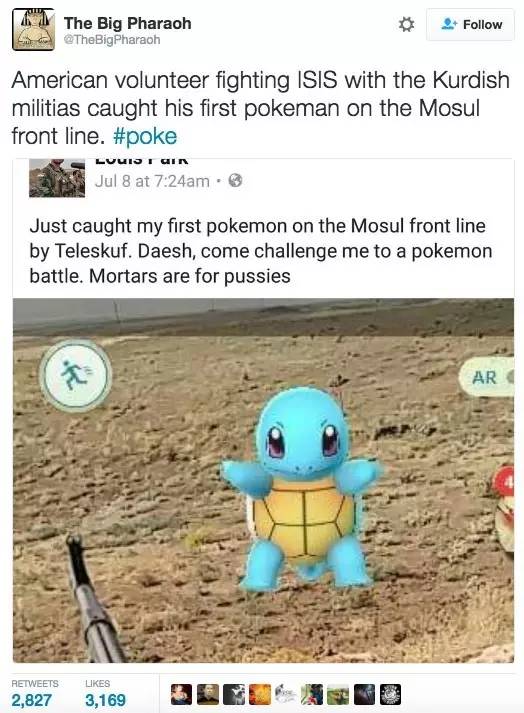 However, Pokémon GO players are so involved and dedicated to the game that its causing a real problem with those who aren't using the app.

Darwin Police Station in northern Australia is marked as a PokéStop which led to lots of players lurking outside. Then the police station left a response on Facebook encouraging players to stay safe and pay attention: 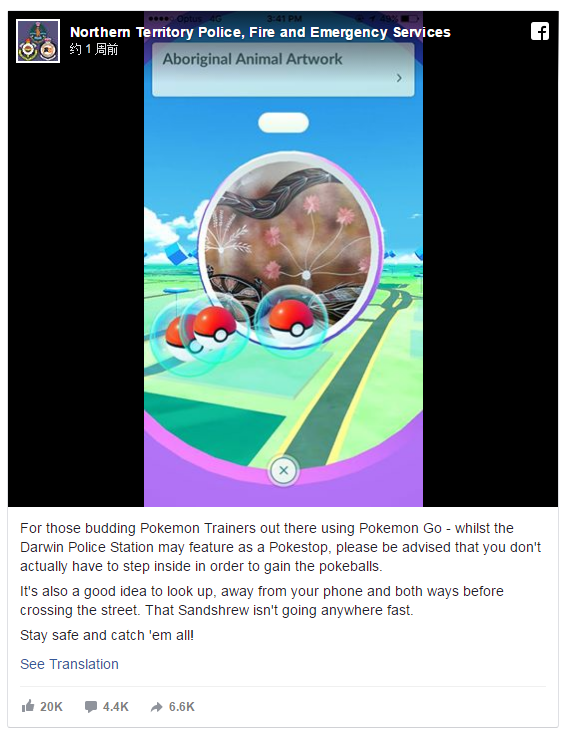 The similar situation happens between couples as well:

Told my bf I'd be right back, ended up walking around for 40 minutes. Eggs still not hatched. Caught a poliwag and a staryu though #pokemonGO

Also, those people who don't play the game would mock them like this:

Finally, please read these suggestions from the police in New Zealand:

So you gotta catch 'em all. But don't let your pursuit of virtual monsters get you into real strife.

We'd like players of the new Pokemon Go game to watch out for real-world hazards while using their phones to hunt Pokemon around our communities.

Never use your phone while driving, don't step into the road without looking, watch out for others – particularly if they've got their noses buried in their phones.

Be aware of what's happening around you and respect other people and their property. Stay safe and have fun.

What? You want to know how Chinese people play the game? Well, Pokémon GO is still not available in China. So how is your experience with the game?

0 responses on "The world goes wild for Pokémon GO"