Wu Hongyu, 20, a student at Guangdong University of Technology in China, saw a classmate's motorcycle being stolen on campus and hopped onto his bike to chase down the thief, but was severely injured when the two bikes collided; he died in a hospital shortly after on 23 May, one day before Overwatch was released. The police eventually arrested the thief, and the government of Guangzhou gave Wu a "Courageous Citizen" award for his bravery. 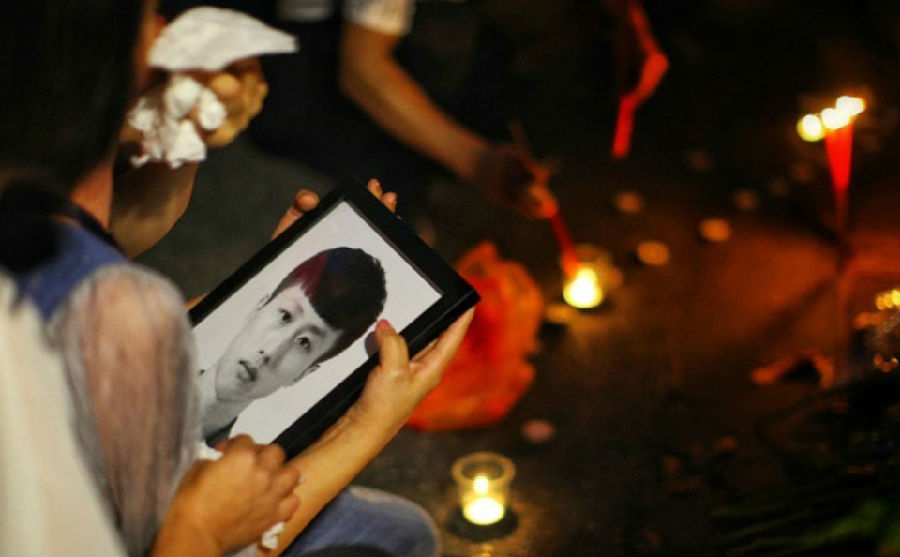 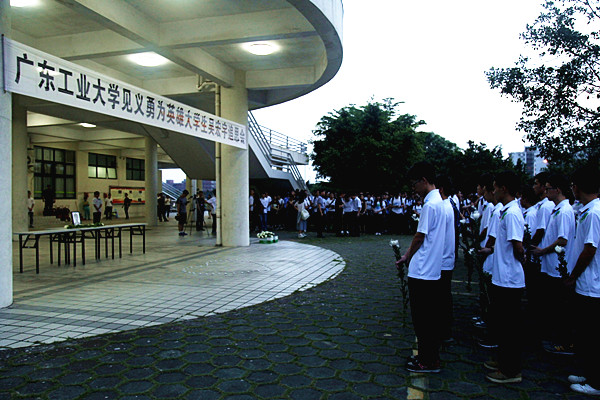 According to his last words posted on a group chat, Wu was very excited about the launch of Overwatch in China. "Is anyone else waiting for the launch tomorrow?" Wu asked. 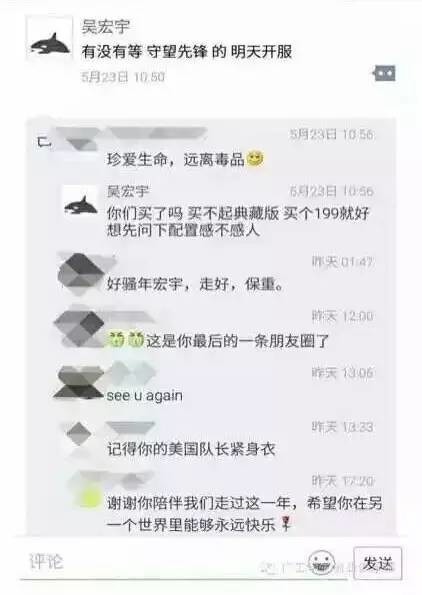 A Internet user wrote an email to Blizzard, hoping they can do something for him. 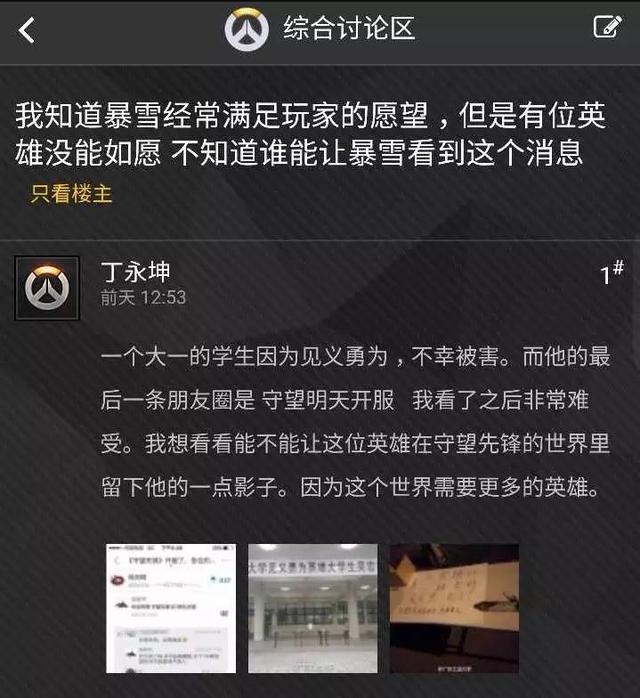 Then to honour the young hero, Blizzard added the name Hongyu in Chinese to one of the spacesuits in the Overwatch map Lijiang Tower. They also emblazoned the phrase "heroes never die" in Chinese on the red banner behind the suit as well. 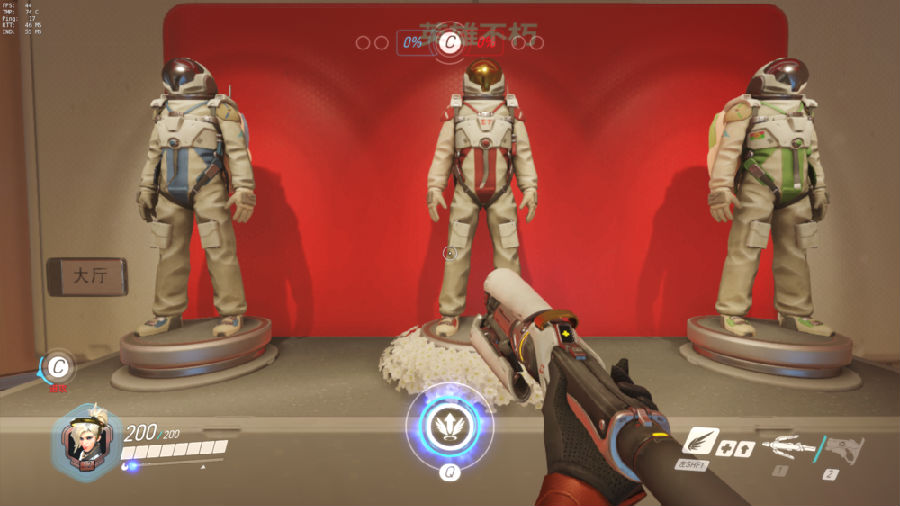 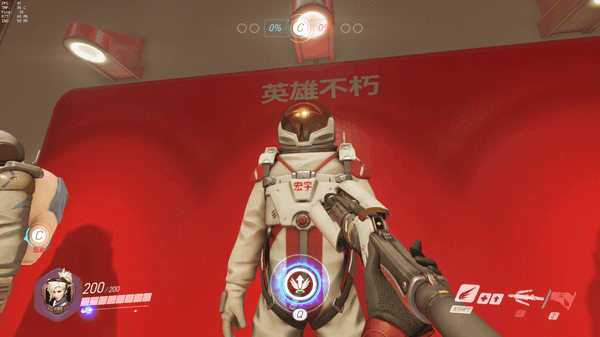 The Overwatch community also advocated the fans to take some time to lay flowers to that hero when battling in Lijiang Tower. 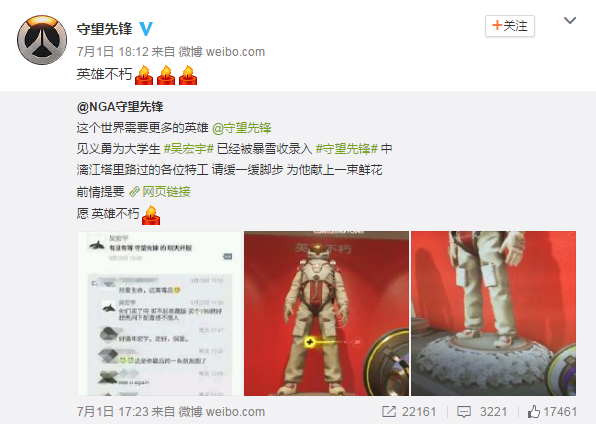 Lots of game players were touched by this move of Blizzard: 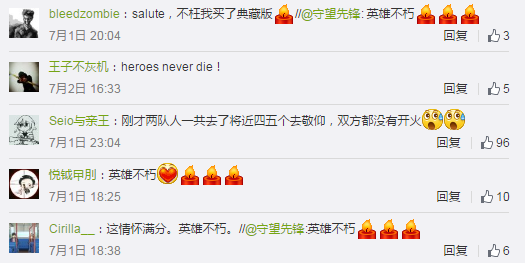 However, there were still some oversea netizens having different opinions: 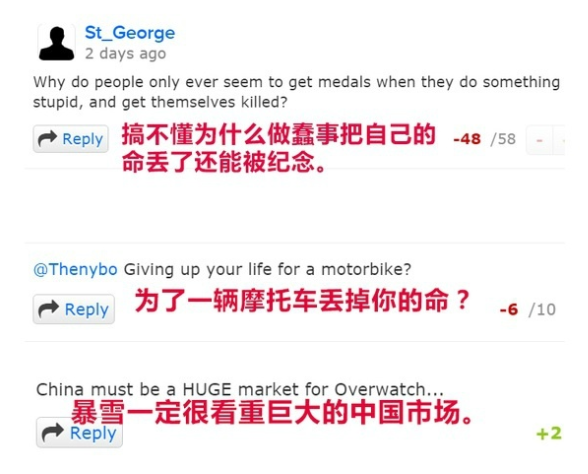 But there were more people respecting Wu's behavior and backing for him with the following words: 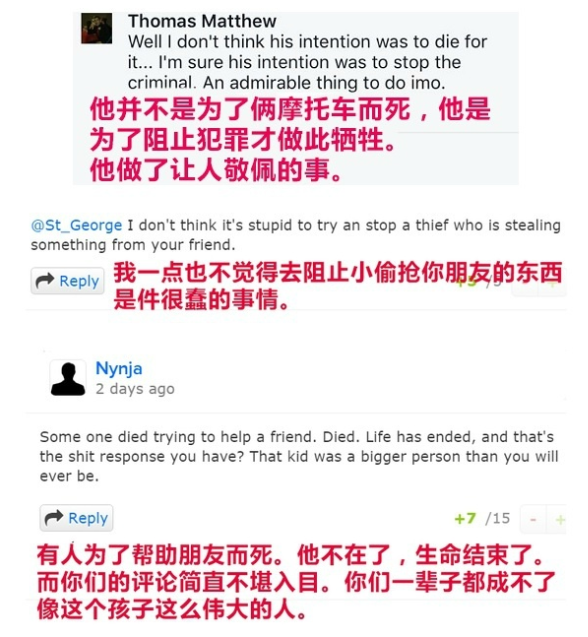 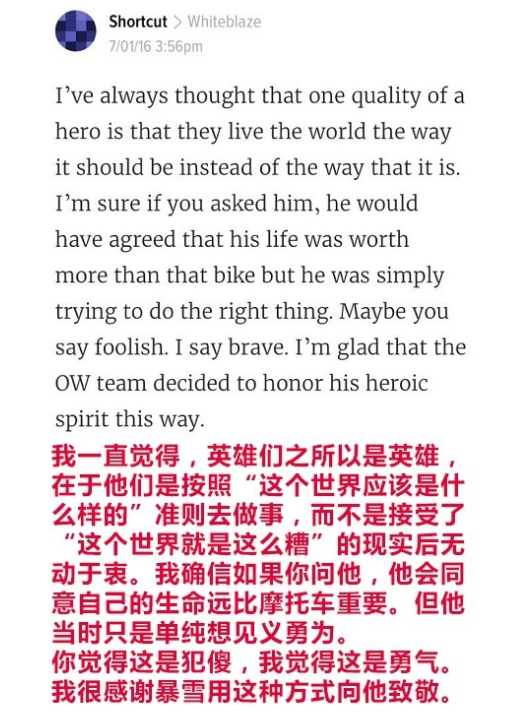 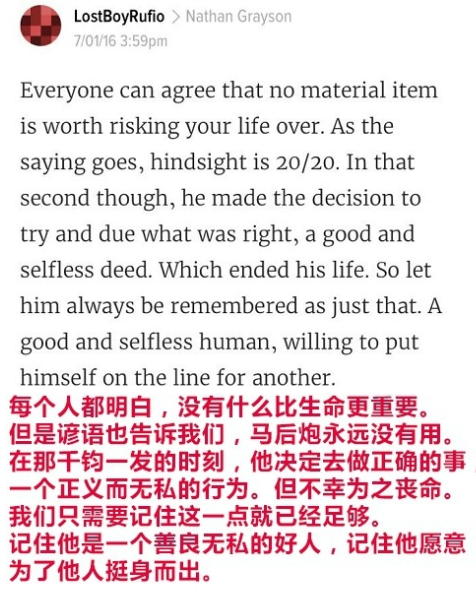 And then others said they might need a moment for crying: 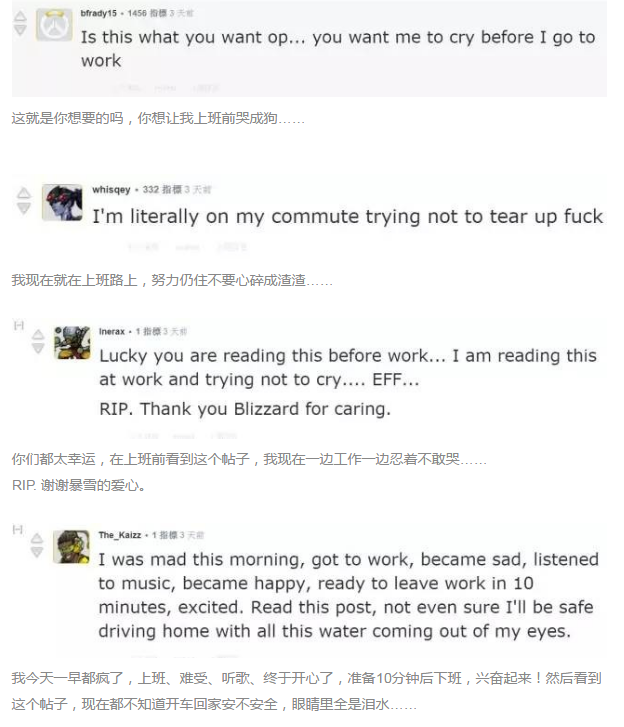 What's more, many foreign media have reported this touching news. 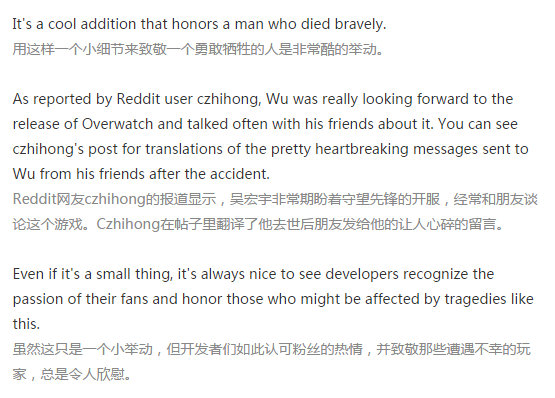 A Blizzard representative confirmed the tribute to Polygon, saying, "We added that in remembrance of a brave member of our community."

In fact, this isn't the first time Blizzard has done something like this. World of Warcraft is filled with tributes to players who have died over the years, in the form of shrines, quests and nonplayer characters. For example:

Owen's wishing well was made in commemoration of a young man named Brian Owen Wicks who was diagnosed with Osteosarcoma and died at the age of 16. 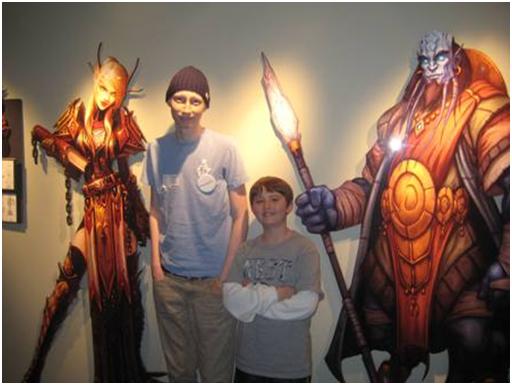 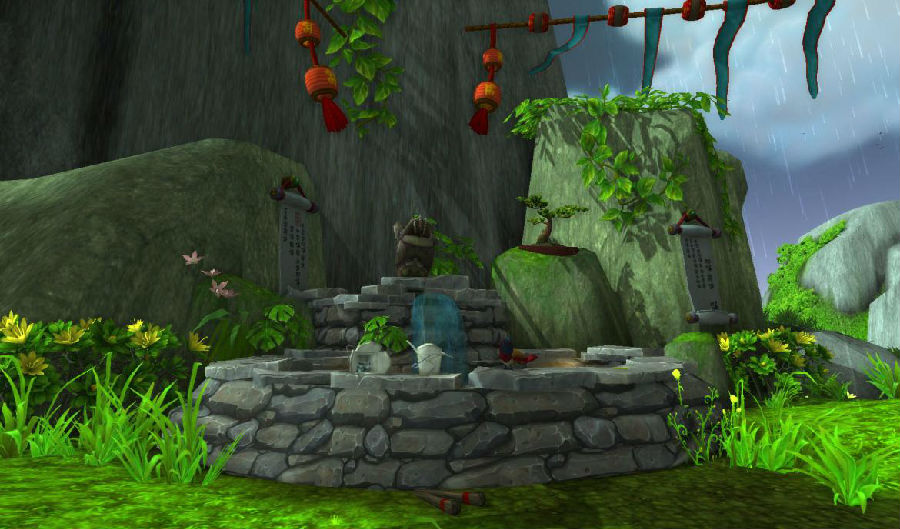 Ezra Chatterton, a brain cancer patient from California, was a fan of Warcraft. He visited Blizzard's offices in 2007 but died the next year. The character "‍‍Elder Ezra Wheathoof" in ‍‍Warcraft was designed to commemorate him. 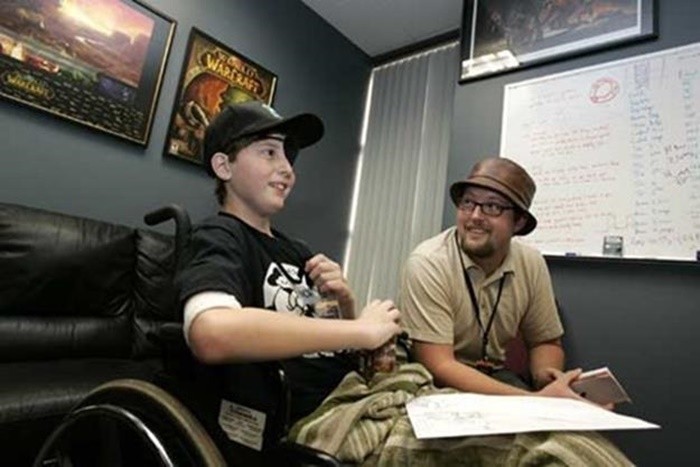 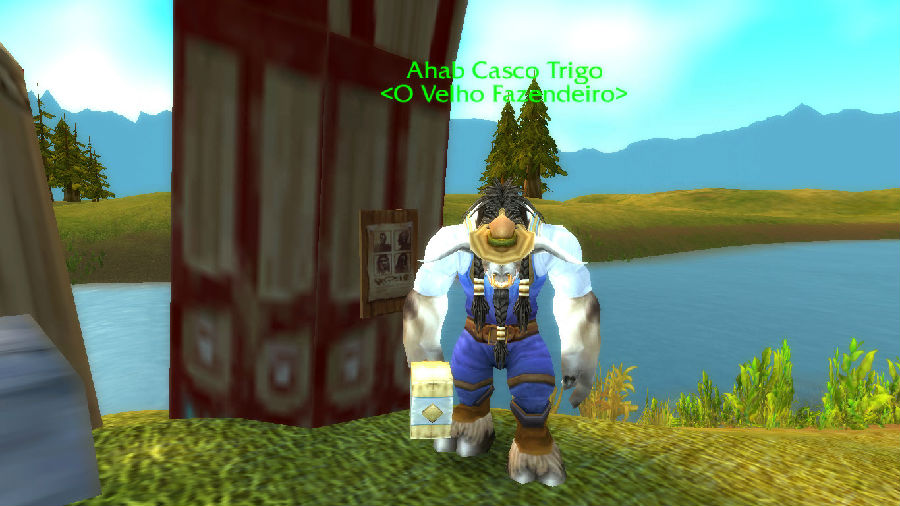 Scribe Chi-Yuan, a NPC located in Ashran's Alliance hub Stormshield, was based on a Chinese player named Cao Zhiyuan who fought with bone cancer for years but died at 22 in 2014. 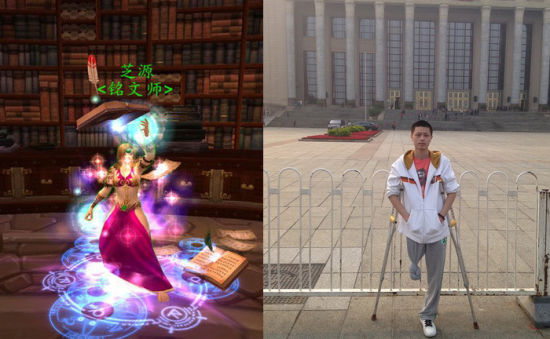 Finally, let's end the story with a poem said by a NPC in Warcraft:

Do not stand at my grave and weep,

I am not there, I do not sleep.

I am in a thousand winds that blow,

across Northrend's bright and shining snow.

I am the gentle showers of rain,

on Westfall's fields of golden grain.

I am in the morning hush,

of Stranglethorn's jungle, green and lush.

I am in the drums loud and grand,

the thunderous hooves across Nagrand.

I am the stars warmly gleaming,

I am in the birds that sing,

I am in each lovely thing.

Do not stand at my grave and cry,

Any kind of heroes should be honored and remembered in our heart, right? Have you ever encounted those characters in the game? Any thoughts about those heroes?‍‍