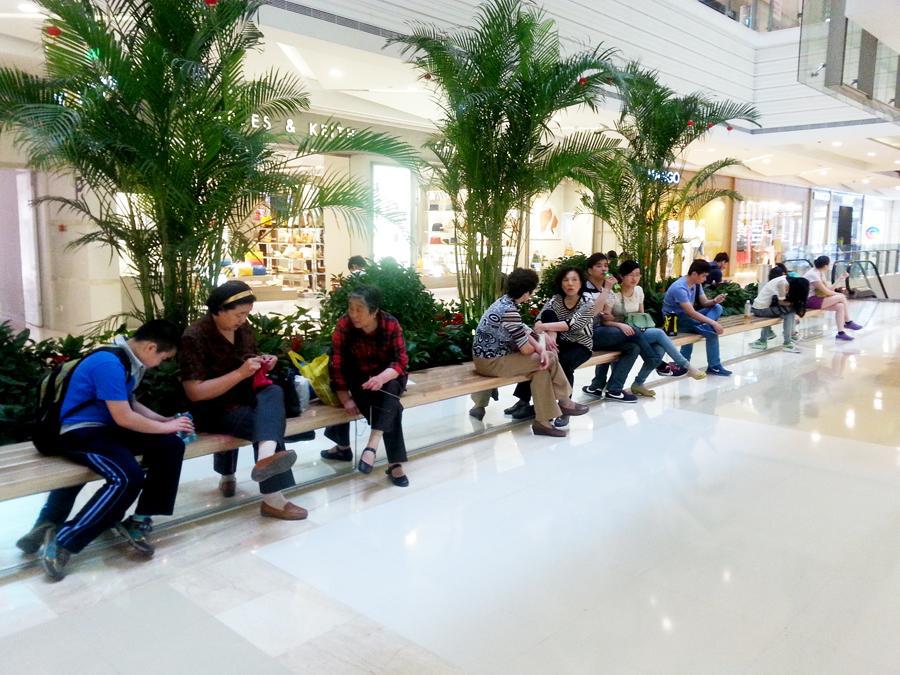 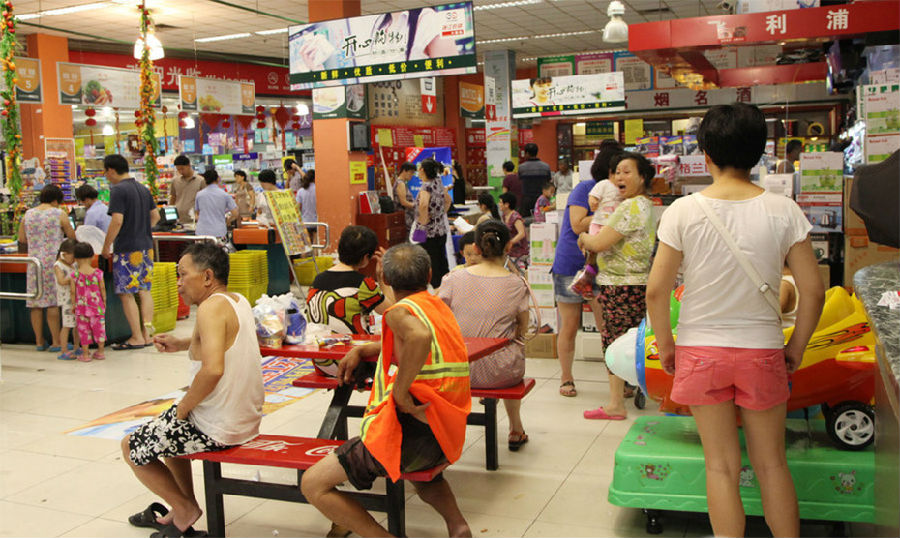 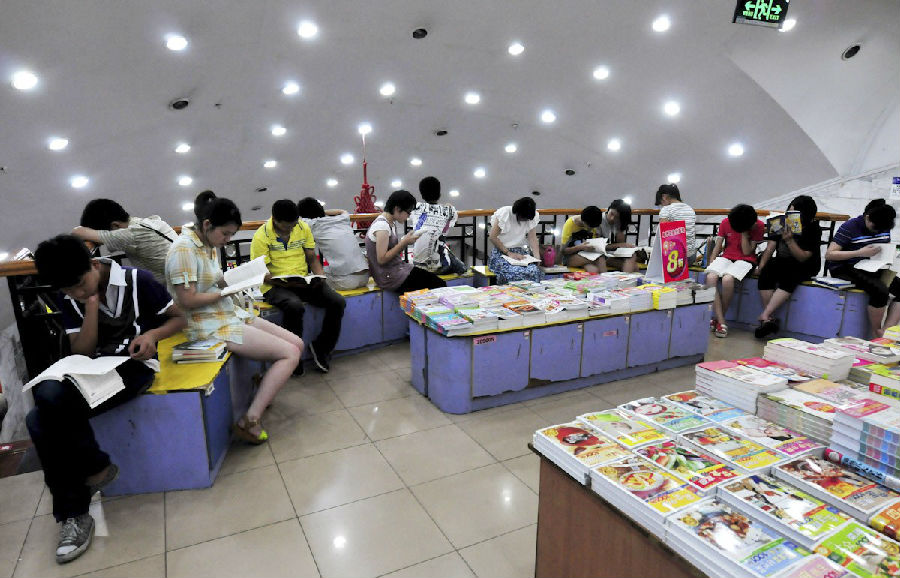 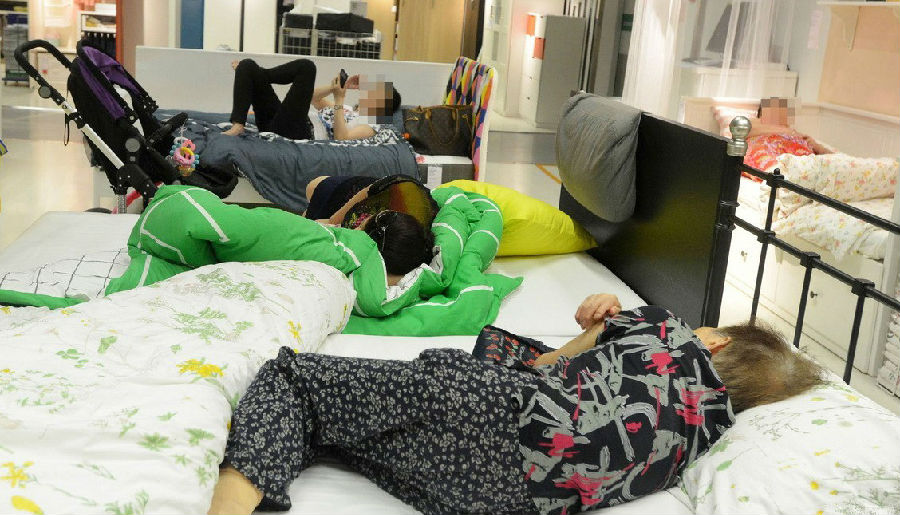 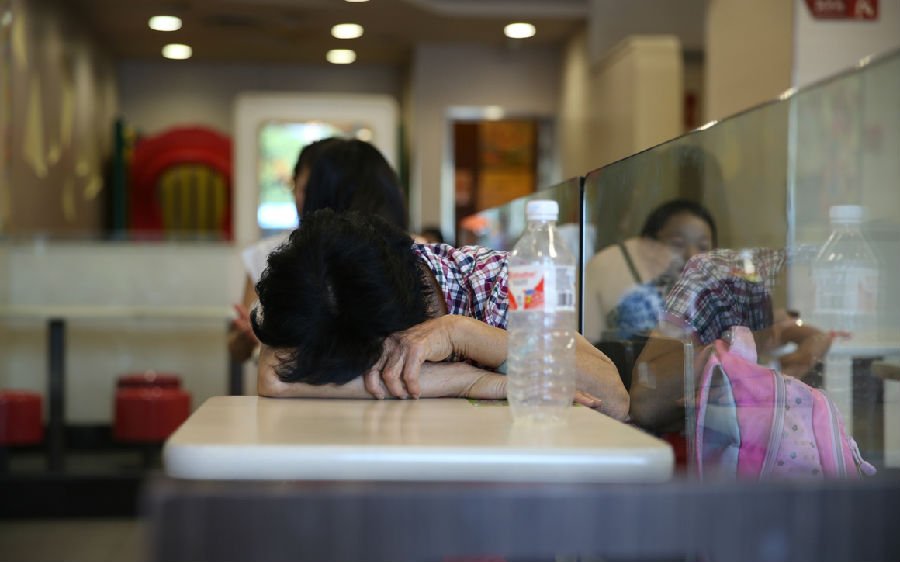 For instance, IKEA has become the "severely afflicted area". Sitting, lying or leaning, people have been constantly taking advantage of the air conditioning and displayed furniture. In IKEA's Siyuanqiao store in Beijing, some people complained that they felt frustrated and embarrassed to see a young couple watching something on their iPad in bed, hugging each other, and a man snoozing on a couch with his hands in his pants, and even a kid taking a piss by a desk. 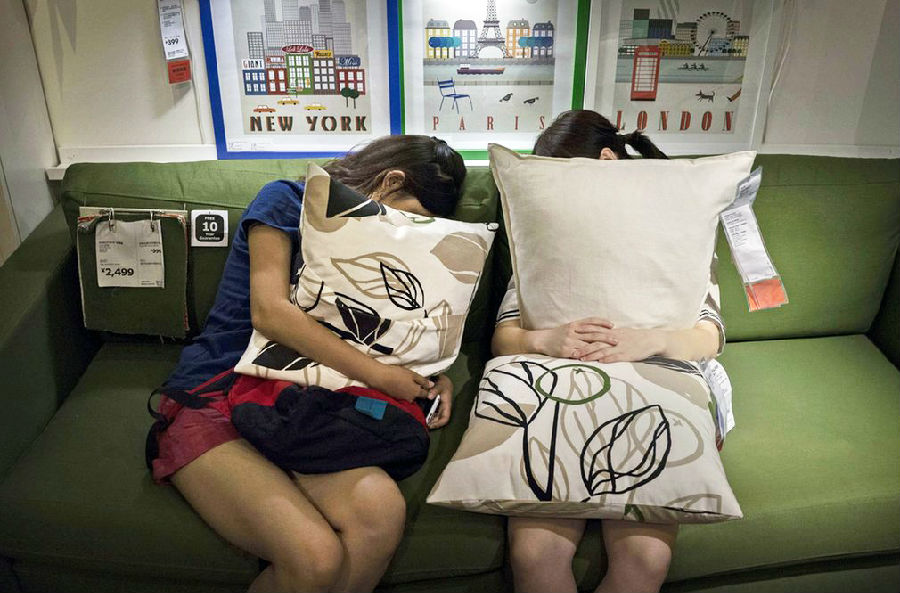 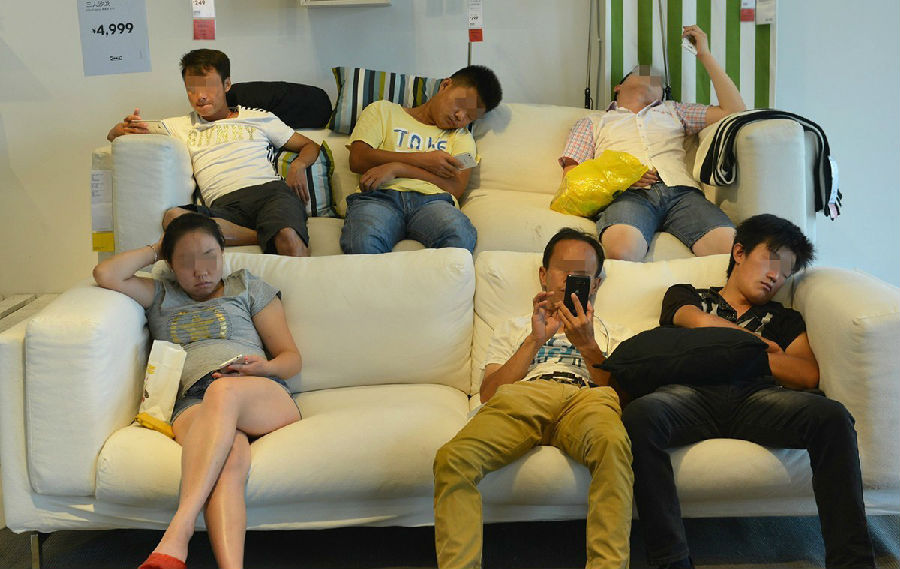 Mr. Chen, one of those nap-takers, told that he comes over to the store every afternoon after work to take a quick nap, "It is free. It is cool here. Everyone does it."

These rude nap-takers have severely annoyed other customers' experiences at the store. "Absolutely uncivilized behaviors! Someone gotta give them a lesson," says Ms. He.

Actually, IKEA has officially banned customers from misusing IKEA's beds and couches for sleeping or resting since last year. However, it seems not working – the phenomena stage a comeback. 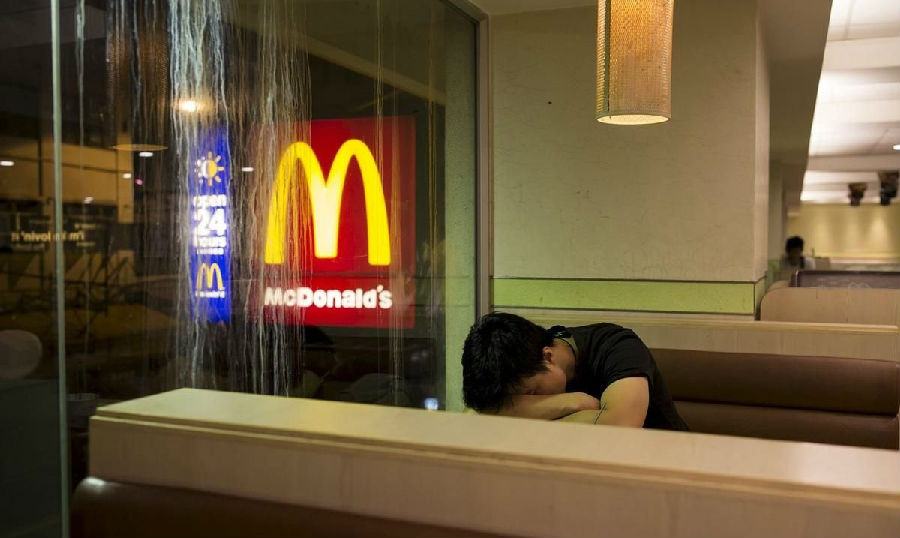 Featuring 24-hour business hours, McDonald's has been another "stricken area", whose compartments with ample air conditioning often "accommodate" those uninvited guests. In summer, some people even go there and play cards overnight to kill time and escape from the heat. 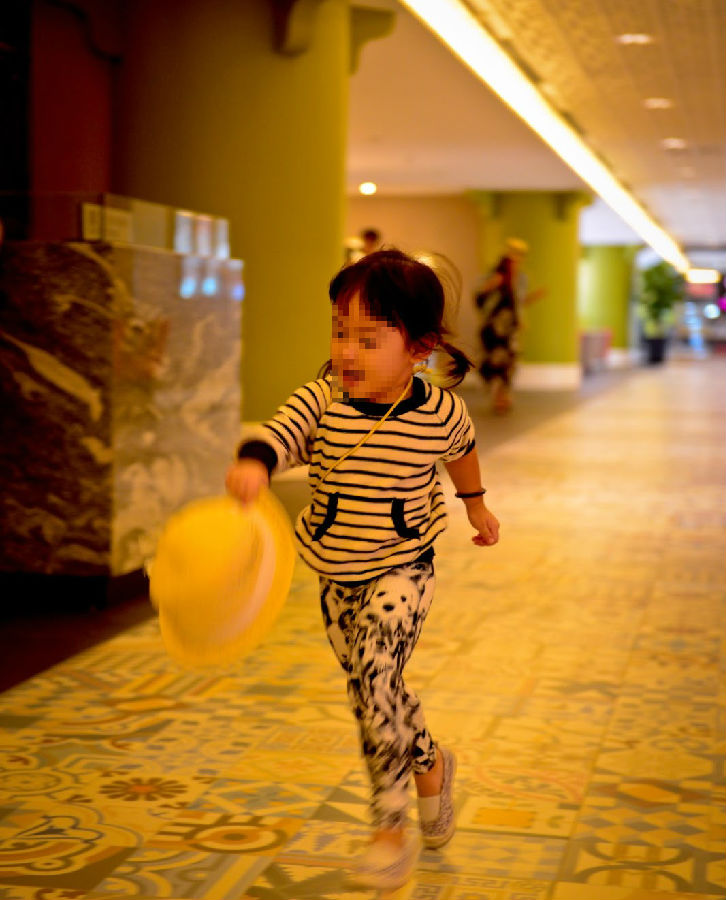 At a starred hotel in Guangzhou, it's commonly seen that some residents nearby hang out there, with their grandchildren playing thereabout. Sometimes, they are even spotted wearing pyjamas. The hotel staff complained, "Their behaviors have already had bad impacts on our hotel's public image, and disturbed other customers. We try to put down the noisy kids, but their grandparents just let the kids have their own way. And we just can't prevent them from coming in." 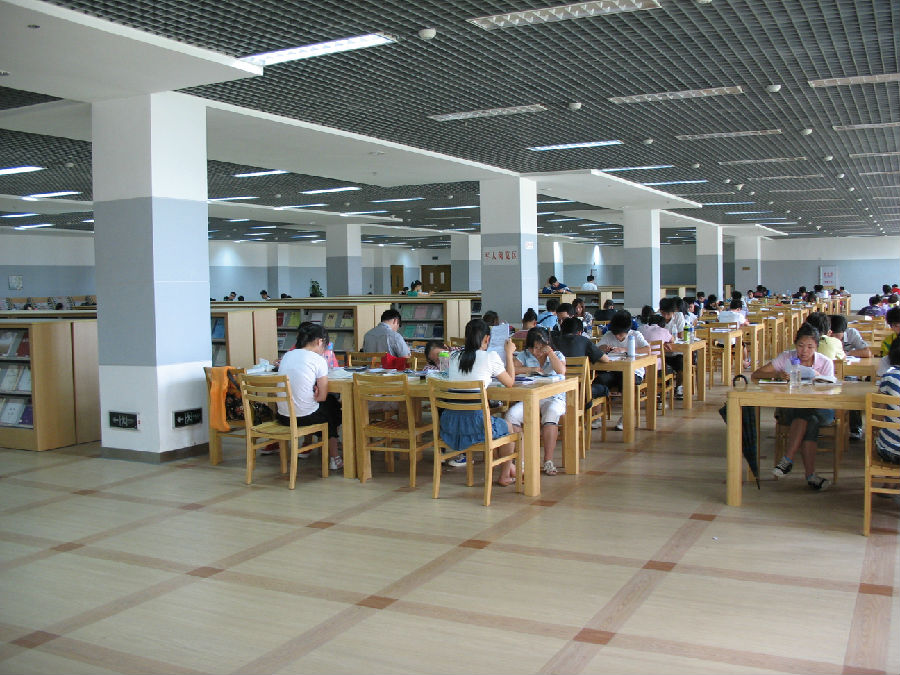 These phenomena also occur on Chinese campuses. It's recently reported that in a university in Henan province, many students flooded into the library to cool themselves, as their dormitories were not air-conditioned. As a result, a fire apparatus was crushed due to the huge pedestrian flow, and a few students got hurt. To their embarrassment, the seats were almost occupied by those students who only intended to stay away from the heat, leaving those students standing with books on their hands.

No exception, these phenomena have provoked a tremendous controversy online. Of course, the morally righteous Chinese keyboard men are keen on the issue as usual, calling the rude residents a "national disgrace".

"What a shame! Their behaviors got successfully known to the world." They condemned.

Concerning the sharp criticism, other people doubted it, "How about these complainers? Chances are, they might be lying on an IKEA couch themselves right now?"

Another group of netizens argued, "People's moral quality level is uneven anyway. It's unwise to judge a city or a whole country partially based on some people's demoralization."

Surprisingly, a Weibo user posted, "If we put aside their bad manners, it definitely gives us an idea to save money. It's an effective utilization of public resources, and people can avoid sunstroke without additional cost. "

The controversy remains a hot topic. What do you think about their behaviors?