Will gaokao results decide your fate? 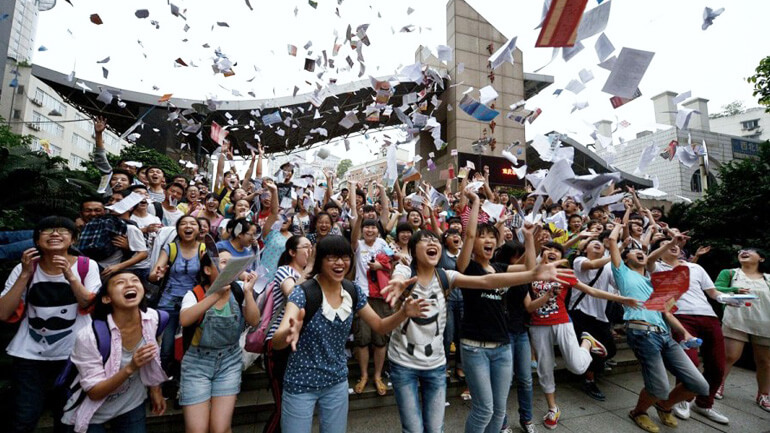 Today marks the annual 2-day gaokao (the national college entrance examination), a great event for Chinese families, as it is the only way to get into college. About 9.4 million students sit the examination this year. The 2-day examination, which draws nationwide attention, is also a test of life for these students.

"As many of you prepare to take the National Higher Education Entrance Examination, I want to wish you, the next generation of scientific minds, success in your academic endeavors. This culmination of your hard work marks just the beginning of your very bright futures."

"Growing up, my parents placed a high value on education and I am grateful for the limitless opportunities provided by my studies. Whether you aim to be a doctor, teacher, scientist, musician, engineer, or a writer — be fearless in the pursuit of your aspirations. You are the next generation of big thinkers and thought leaders that will shape the future for generations to come. "- SH

The message has gone viral immediately. Lots of Chinese net users on Weibo were fully moved and inspired. Has Hawking's encouragement brought the students good luck? Is gaokao scores everything? All roads lead to Rome, good results in gaokao is just one of millions of ways to success. Here are some funny jokes about gaokao.

[Utopian Style] I have a dream that there are only 5 cloze tests on each examination paper: school name, subject, class, name, student ID (20 scores for each).

[Chillaxin Style] Never mind. The gaokao only determines the place where you play dota or dress up.

[Maxim style] For those students admitted into the universities, you should build a good relationship with those who failed the examination, so that you can get employed someday in their companies.

For those students admitted into the key universities, you should keep frequent contact with those into the second-tier universities, as they will become the government leaders of your hometown.

For those students admitted into the second-tier universities, you should be friendly with those junior college students, as they will be your children's teachers.

And it's also important to have a good relationship with those who joined the army, as they are to-be traffic police, policemen or chengguan (city management official).

For the rich second-generation, you should maintain good relationships with pretty girls in your class, as they will probably become your stepmothers.

[Conclusion] Good luck to all gaokao takers! After four years, you will realize that your efforts today make no sense at all, the educational level will not change your fate. Instead, the factors that do change your fate are what your parents are (they must be rich or government officials), your features (you must be handsome or beautiful), and whether the government is planning to demolish the village where you are from (you will definitely become a millionnaire overnight!!!)

Joking aside! Hope the gaokao takers perform well in the exams and get admitted into their dream universities.

0 responses on "Will gaokao results decide your fate?"