Segal, who has retuned to China several times to scout other areas outside Liming, agreed. "You can just kind of like point your finger at a map of China and find good rock, and some of it's getting developed really fast," he said.

"Yangshuo is in Guangxi province and within Guangxi there are already about 12 different climbing spots," Hedesh said. "It's just that nobody goes to them because they're in the middle of nowhere." For this reason, some more-established climbers doubt that the sport is moving away from its traditional centers, at least for now.

"I think Yangshuo is going to continue to be the epicenter of climbing in China," said Adam Kritzer, the owner of Climb Dali, a climbing club in central Yunnan. "There are probably a few dozen potential Limings in China, but they aren't going to get developed any time soon." 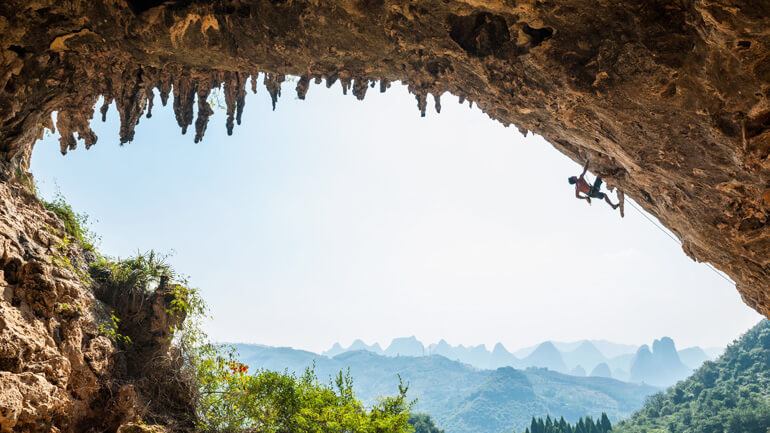 Yet while the familiar sport climbing hubs still dominate China's climbing scene today, others see a transition ahead. Driven by a growing Chinese middle class that can afford to travel, rock climbing has become increasingly popular as an outdoor recreation sport.

"Climbing has been in parts of the Chinese community for the past 15 years, and it's really been in gyms and Yangshuo, but now people want the adventure part of it," said Colin Flahive, a founder of Dali Bar, a natural food company in Kunming that sponsors China-based climbers. "With climbing there's the exercise and there's the drive to reach new levels, so going to the gym is almost as exciting as going to the crag. But when you move past that, the excitement of going to new places and exploring new spots is the second phase of climbing, and I think that's where everything is moving at this point."

This expansion into new areas has been helped along by a number of entrepreneurs who have seized on the sport's growth as a business opportunity. "There are these Chinese outdoor companies that want to become larger names, and so what they do is they hire people to go develop routes," Hedesh said. "They get an entire team of famous rock climbers, travel around for a month and put up 50 routes in an area."

While this business-driven model feels unnatural to some western climbers, others see it as the realistic next step. "I think a lot of it has to do with the culture of China and the way that a lot of Chinese people think, maybe more in terms of business rather than the joy of climbing," Kritzer said. "But it's basically worked really well for the development of climbing. It's made it a little more commercialized, but it's enabled people to develop areas that wouldn't otherwise be developed."

The relatively free license to develop far-flung rural areas for rock climbing is another aspect of China that many find exceptional. Where other countries have rigid national laws governing public land, China's land administration system gives a great deal of authority to leaders at the local level. So particularly in the mountains, where agricultural and commercial interest is minimal, climbers are generally welcomed.

"The freedom we have here is really nice," said Peter Mortimer, a researcher at the World Agroforestry Centre and a Kunming-based climber. "I've bolted and climbed a bit in Laos, Vietnam and Thailand, and there there's always issues — there's a lot of red tape. But here I'm just kind of free of all of that, which appeals to me." 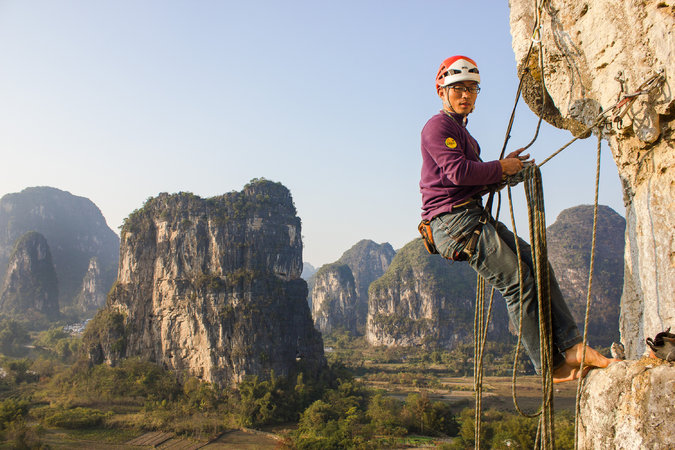 With growing numbers of well-off Chinese able to travel in search of newer and better terrain, some believe this coalescence of natural advantages will make China's hinterland more appealing to the next generation of climbers.

"Krabi in Thailand, which used to be all Europeans and Americans, it's now almost all Chinese climbers going down there," Flahive said. "In that search for adventure, there's going internationally, but then there's also developing the local stuff. In Yangshuo, the rock is getting polished. People are craving something new."

Mortimer, who continues to develop outside Kunming, said: "I noticed that in some of these areas I'd been developing, people I'd never even seen before had somehow heard of it and were appearing at the crags. Ten minutes from one of our favorite crags here we just followed a new farm road and came across a new cliff that'll yield another 60 climbs. It's just been sitting there like 10 minutes away. Who knows what else is in the hills."

Now back in the United States, Dobie is quick to admit that despite his work in Liming, traditional is still very much a niche part of China's climbing scene. "It rings true for the rest of the world – most people are really into sport climbing," he said. "I don't think Liming will ever be as popular with the Chinese as sport climbing."

"People in Yangshou once said the Chinese would never get into sport climbing, and now you go there and there are like 40 people sharing a crag," Dobie said. "I think there's this sense of disbelief about something new. I think it's human."