Why do foreigners come to China? 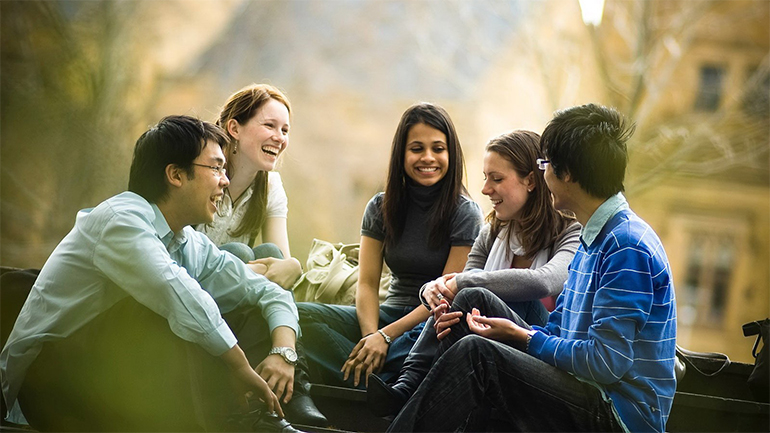 Have you ever wondered what brings foreigners to China and what do they do while they are here?

On the streets and lanes of China, we see increasing numbers of foreigners. Speaking various foreign languages or strangely-toned Chinese, they have become part of our life. It is now quite common to see blond hair on the people walking along the street. The sight of a foreign face is no longer a novelty.

But foreigners remain a tiny minority in China. Few people know them well. Many ask themselves: What brings foreigners to China, and what do they do while they are here?

Xia Yuan, a beautiful girl from Ukraine, works in the Beijing Emirates Town Office. She is in charge of the marketing department and she now lives in Beijing. She studied Chinese for two years before she came to China, and she now speaks fluent Mandarin. Unless you can see her in person, you might not even realize that this is a foreigner speaking Chinese. She wants to find a handsome Chinese boy as a boyfriend. She is currently studying Chinese.

Ding Nuo, Italian, is the general manager of Alcatel in China. Some years ago he lived in Chengdu, and he often accompanied us to the poorer areas of Sichuan to help the kids, donating computers, clothes and bags to them. He sometimes drove his Mercedes, and ate with us at street stalls. In those days there were fewer foreigners, and the stall owners made him very welcome.

Whenever he encountered a problem, he would say "I don't understand Chinese" and take out a card carrying his name and work place, and his secretary's phone number, all written in Chinese.

Certainly, among these foreigners in China, many are consular officers who work in embassies or consulates. Countries with diplomatic ties with China regularly dispatch representatives to China.

Foreigners have all sorts of jobs in China: foreign students, volunteers who work in the poorest areas in China, ordinary workers, bosses… some are hired just to make their employer look good! But it seems that it's not easy for a foreigner to become a Chinese citizen or get a Chinese Green Card.

When some foreigners find themselves in trouble, they even beg for money: "I love China. I want to stay in China. But I don't have enough money… please help me."

Some foreigners come to China from different countries to teach English. Some come to China to experience Chinese culture; they're not looking for big money. They hold the view that they are well-off as long as their employers pay for their round-trip tickets, and they have a secure livelihood, a chance to learn Chinese, and the opportunity to travel around China during vacations and enjoy different local customs. After a few years, when they finish their travels, they move on to another country. There are also some foreigners who really fall in love with China and don't want to leave. This is especially true for foreign men who meet a beautiful Chinese girl – they want to get married and settle down in China.

Many foreigners love Chinese culture. They travel around or make short visits, taking lots of photos in China. They often speak no Chinese. But more and more foreigners in China now speak fluent Chinese and marry Chinese partners.

Dashan, a foreigner who does speak Chinese with fluency and has married a Chinese girl, has been a well-known figure in social media for several years. He now acts as a bridge for cultural communication between Canada and China.

Ouyang Fei, who once worked in the Consulate of Canada in Chongqing, later went into business.

A growing number of countries are establishing trade deals with China, and the companies of these countries will send people to China to attend exhibitions or set up their offices in China.

0 responses on "Why do foreigners come to China?"