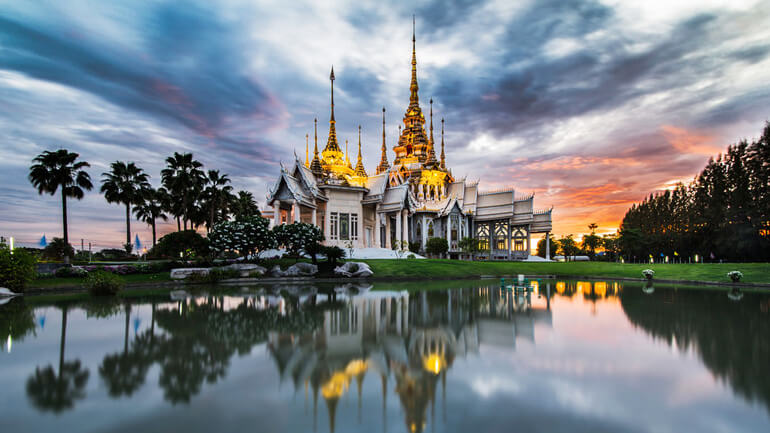 Everywhere you look on Thailand's Amata industrial estate in Rayong you see signs in Chinese. It's a similar story just along the coast in the tourist resort of Pattaya, where Mandarin is increasingly visible alongside English and Russian.

As China's economy slows, its investors are looking abroad for growth, and Thailand is a hot investment destination in everything from industry to condominiums.

"Thailand is usually the first stop for Chinese tourists and investors," said Xu Gen Luo, who runs the Thai-Chinese Rayong Industrial Zone. Dozens of new Chinese-owned solar, rubber and industrial manufacturing plants have opened in the zone since 2012.

"Thailand's investment environment, especially its investment promotion policies, are among the best worldwide," he said, adding that labor costs were higher in China.

Chinese investors have found a warm welcome in an economy that has seen investment crimped by a decade of political turmoil, and where the junta has struggled to revive exports and domestic demand in the two years since seizing power.

Tourist numbers have also jumped, helped by the huge success in China of the slapstick comedy "Lost in Thailand". About 7.9 million Chinese visited the "Land of Smiles" last year, up 71 percent from 2014, and Thailand expects more this year.

Xu expects the number of Chinese firms at his park to increase to about 100 this year, from 75 currently, and to 500 in the next five years. Moving to Thailand can also help companies in industries such as solar and chemicals sidestep anti-dumping measures, industry experts said.

"China is facing trade barriers from many countries, particularly on solar, so many Chinese firms are coming to invest in Thailand," said Visnu Limwibul, chairman of a Thai electronics and telecommunications industry group.

As the expatriate Chinese community grows and more Chinese look for holiday homes in Thailand, real estate investment is on the rise. Bundit Sirithunyhong runs the Suttangrak Group, which has just joined with Chinese firms to develop housing projects worth $140 million to sell as time-shares to Chinese buyers.

"I think they are not just investing in real estate, but starting to use Thailand as a base for business in Southeast Asia," he said. "Here they can stay and work as their second homes. It's a step further in business expansion."

0 responses on "Thailand becomes a hot investment destination for China"