When will China’s yinao or medical ruckus end? 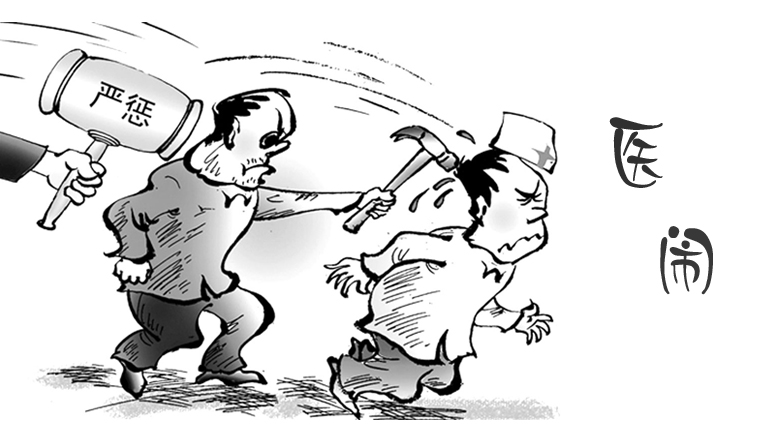 Wang Jun, a doctor in a hospital in southern China, was busy with a line of patients on Wednesday when, after a blow to his skull, he became the latest fatality in a plague of violence afflicting the country's hospitals.

Dr. Wang's assailants appeared to be family members of at least one patient waiting to be treated by him and his colleagues, news reports said.

"The family members complained that the doctors were not vigorous in treating patients," said a report from Xinhua, the main state-run news agency, citing staff members at the Shaodong County People's Hospital in Hunan Province, where Dr. Wang worked as an ear, nose and throat specialist.

"They swore at and hit Dr. Wang Jun, who was treating patients, and he fell to the ground injured," Xinhua reported.

Dr. Wang, in his early 40s, appeared to be the latest victim of a problem feared by many Chinese hospital doctors and nurses: families of patients who, driven by a visceral distrust of the health care system, subject medical staff members to humiliation and violence when they feel that patients have been mistreated or neglected.

The issue has been common enough to inspire its own terse name in Mandarin Chinese, yinao, which roughly translates to "medical ruckus."

Dr. Wang was unconscious for several hours, while news reports about the attack rippled across China. Efforts to save him failed, and he died late in the afternoon.

By the time he died, two people suspected of being assailants had been arrested, and another later surrendered to the authorities, the Shaodong County police said in an online statement. The police noted that the suspects had the same surname, Yang, but did not give other details about them or what had prompted the assault.

In 2014, law enforcement officials recorded 4,599 "security incidents" in hospitals, many of them assaults or protests by aggrieved families of former or current patients; 1,425 people had been arrested in such episodes, Xinhua said in a recent report.

The Chinese Medical Doctor Association said last year that "nearly 60 percent of medical staff had experienced verbal abuse, and over 13 percent had been assaulted," according to Xinhua.

The government has promised to stop the attacks, and the Ministry of Public Security has said that violence in hospitals has been falling. But many doctors and nurses still say they feel unsafe, especially in small-town hospitals where their numbers and resources are limited. And protests by medical workers after attacks have spread.

0 responses on "When will China's yinao or medical ruckus end?"