He Jiang, first Chinese student to speak at Harvard’s commencement 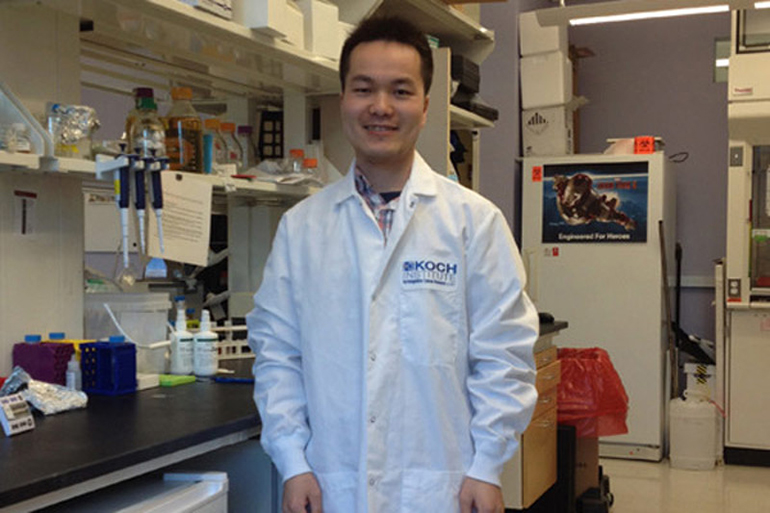 A student from Central China's Hunan province will become the first Chinese student to deliver a commencement speech at Harvard University on May 26, 2016.

He Jiang, a doctoral student in biology at the university, was chosen by the prestigious university as the only representative of postgraduates at the commencement, China Youth Daily reported on Wednesday. Director Steven Spielberg will also give a speech at the commencement.

Accorded the highest honor by the university, He, who was born in a village in Hunan province, said: "People living in Chinese villages often believe that it's useless to study and children from humble families cannot be successful in their careers. However, I cannot agree with those opinions," he told the Daily.

He added: "Education can change a person's life as it can bring a person from one world to another world. I hope my experience can encourage the rural students to pursue their studies and realize their dream."

"His speech will give the graduating class a different perspective," said Judith Huang, a Harvard graduate, "I think it's particularly brave for him, since most Chinese students are unlikely to do public speaking, and it's also really tough to get selected to make a commencement speech."

According to He, his parents in the small village always encouraged him to study hard.

Unlike many other families in his village, his parents never thought about finding a job in big cities like their counterparts and leaving their two sons at home without their care.

"Though my father didn't finish high school, he kept telling stories to my younger brother and me," said He. In the man's memory, father's stories are all supportive of hard work.

He's father was strict with his sons' studies. He and his younger brother studied inside their home, while the other boys in the village played in the fields. "At that time, I felt my father was very 'inhuman'. But now I realize that's the best choice he made in that rural environment," He said, according to the report.

Unlike his strict father, his mother took her sons' side when her husband criticized the boys. Though his mother was illiterate, she preferred to sit with her sons when they studied rather than gossip with other women in the village.

He remembers that he and his younger brother liked telling stories from their books to their mother and discussing them with her. The childhood experience made the boys keen to study hard.

He says his mother's encouraging style is exactly the same as the habit in American culture.

"During my first days in Harvard, I often felt puzzled when my tutor encouraged me to try all my suggestions," said He, according to the Daily.

Encouraging others is embodied in American's daily lives, he said. Nobel Prize winners or distinguished people are used to encouraging the younger generations and letting the youth feel that they have promising futures.

He said that the opportunity to speak at the commencement would not have happened without Professor Diana Eck's encouragement.

"The professor told me you can have a try if you think you can speak at the commencement," said the young man, who was afraid to apply for the chance as very few Chinese students had applied before, the paper quoted him.

After beating three students from Harvard Kennedy School in the third and final round, the Chinese student got the chance to realize his idea of letting his counterparts hear the voice from China.

About the upcoming speech at the commencement, He said he will introduce the development of traditional Chinese medicine in the rural area of China. Based on this introduction, "I want all Harvard students to think about the uneven distribution of science and technologies in modern world, and realize the social responsibilities they should undertake," said He to the Daily.

He plans to go to Massachusetts Institute of Technology as a postdoctoral research fellow after graduating from Harvard University.

0 responses on "He Jiang, first Chinese student to speak at Harvard's commencement"