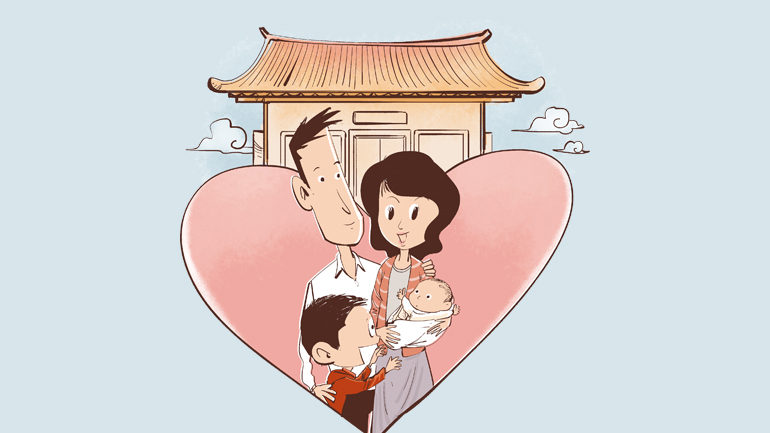 Nearly 60 percent of working mothers in China don't want to have a second child, according to a report on the nation's career women.

It comes as Sunday marked the first Mother's Day following the relaxation of the four-decade family planning policy in January to allow all couples to have a second child.

The report, released ahead of Mother's Day by Chinese job recruitment site Zhaopin.com, also found that of 29.39 percent of women who have not given birth, 20.48 percent said they don't want a child.

Zhaopin questioned 14,290 career women on their work and life choices.

Asked why they don't want to have a child, more than 56 percent of interviewees cited the cost. The second concern was the amount of time, energy and attention involved. Other concerns included career risks, the pain of childbirth and little faith in their marriages.

Wang Yixin, a senior consultant at Zhaopin, said most career women think it is impossible to live solely on their husbands' paychecks.

"Other reasons involve their own ambitions. They fear that if they stop working, they will become isolated from a dynamic society and lose their career prospects," Wang said.

Peng Xi, 29, a marketing employee for a pharmaceutical company, has been married for two years and still hasn't decided whether to have a child.

"My mother has urged me to have a child before I'm 30. However, raising a child in Beijing is a huge financial burden," she said.

Peng is also worried about losing promotion opportunities, a concern shared by many women worldwide.

Feng Lijuan, a senior expert on human resources at Chinese job-finding platform 51job.com, said, "Taking the economic situation into consideration, it is not realistic to require companies, especially fast-growing startups, to provide absolute equality when choosing their employees.

"Chinese women shoulder more family responsibility. It is not just about maternity leave — a female employee might only get back to work three to five years after having her first child.

"If a job requires frequent business trips, extra work and more attention to work instead of to the family, a capable male candidate would be more suitable," Feng added. "It is not about gender choice — I would say this is a market choice."