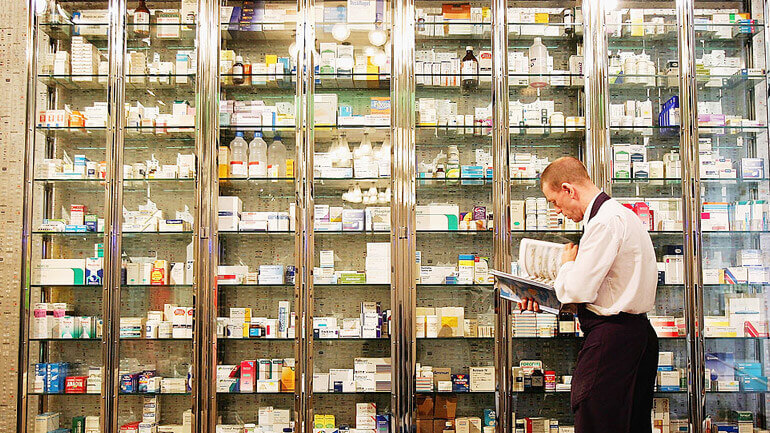 More than 600 Chinese pharmacy store owners and government officials are set to descend on Melbourne with one goal – to strike as many deals as they can.

The delegation has invited Australian vitamin makers and other health product manufacturers to do business with them at the Pullman Hotel, overlooking Albert Park.

Ma Shoujun, chairman of the China Medical Pharmaceutical Material Association, said the event, scheduled for late June, will last for three days, at the end of which contracts would be signed. "This is not like the way Chinese delegations are traditionally done – come here, have a look, talk and then nothing happens," Mr Ma said.

"This time something will happen, contracts will be signed – business to business. And the business will be ongoing. We want to form partnerships."

Mr Ma's association represents 240,000 pharmacy outlets, the frontline of China's health industry, which is estimated to be worth about 8000 billion yuan. The pharmacy owners will be looking to source products such vitamins, infant formula, health drinks, lambs wool and allergy resistant bedding and other health products.

Mr Ma said the association, which represents about 80 per cent of China's pharmacies, was looking to adopt a similar model to Chemist Warehouse, in which the majority of products were not sold through the dispensary. He said in China about 70 per cent of pharmacy sales were through the dispensary, while 30 per cent were over-the-counter medications or health-related products. Pharmacy owners were looking to flip that model to capitalise on China's growing middle class.

"The health industry will be a huge market for China, worth 8,000 billion yuan, so that the big opportunity for us to share part of the pie with Australia," Mr Ma said.

"The Australian products are reliable, good products and Chinese pharmacies and customers feel comfortable with them."

He said the association chose Australia to host the delegation because the Chinese free trade agreement, which came into effect in December, had made Australian products more competitive. Under the agreement, tariffs of up to 10 per cent on pharmaceuticals, including vitamins and other health products, will be eliminated progressively by January 2019. Mr also hoped that Australian retailers will look to source traditional Chinese medicines and health equipment from China during the visit.

Currently, products with health claims – such as dietary supplements – have an expensive and lengthy approval process to be sold in China, costing about $200,000 an item and taking up to three years. Australia-China Business Council chairman Ken Smith said he understood the government officials would help streamline that process.

"It is a wonderful opportunity for Australian manufacturers to promote their products to China as well as local distributors to discuss managing the influx of Chinese complementary medicines products into Australia," Mr Smith said.

0 responses on "China to share health industry market with Australia"