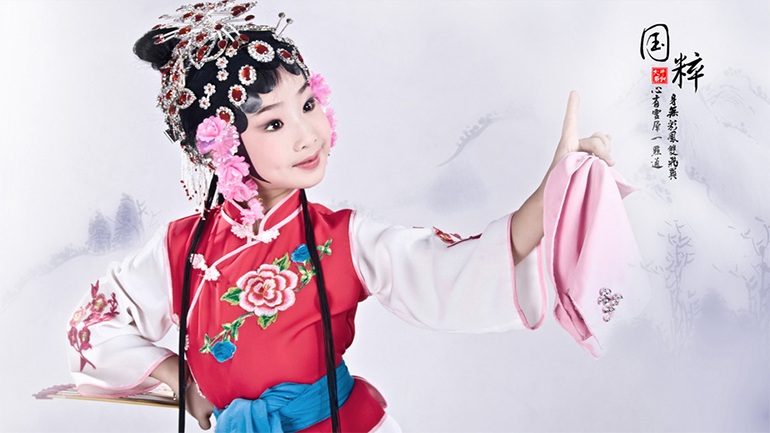 Peking Opera is being introduced to primary and middle school students in an effort to promote the traditional art to the younger generation, Beijing News reported on Tuesday.

The country's first set of textbooks about Peking Opera was compiled and published by the Beijing Association of Promoting Quintessence of Chinese Culture and People's Education Press in 2015.

Since 2008, Beijing has promoted a program to provide opera training at dozens of primary schools. Schools apply for funds from the city's education department to hire professional actors and actresses to work with students as young as 6 or 7.

Peking Opera arose during the rule of Emperor Qianlong in the Qing Dynasty (1644-1911). It flourished for decades in China and as its fame spread, it drew audiences from other countries, including the United States and Japan.

Yet over the years, its popularity diminished. While a significant number of people listened to radio productions of Peking Opera before the 1980s, generations born after that pursued pop culture over the traditional arts.