Lixia, a solar term marks the beginning of summer 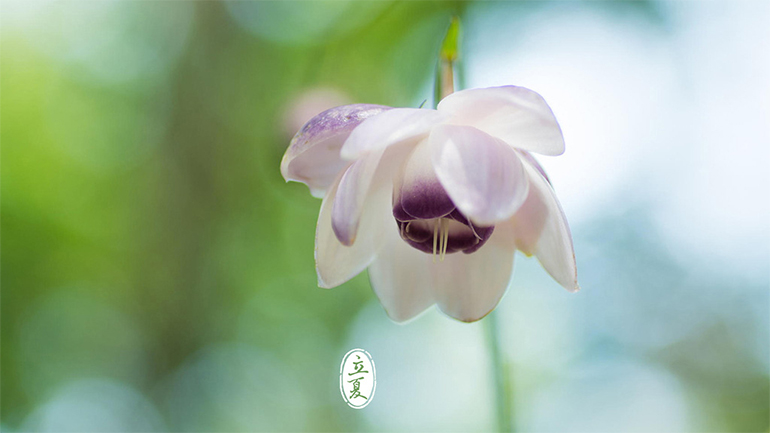 Each year around May 6, when the sun reaches the celestial longitude of 45°, it marks the beginning of lixia, a solar term signifying the advent of summer. In fact, according to the standards of climatology, summer begins when daily temperatures stabilize at 22℃ or above. Only the region south of Fuzhou to Nanling in southern China actually enters summer around the time of lixia. While the regions in Northeast and Northwest China have just entered spring.

立夏 (lìxià), the 7th solar term of the lunar calendar, falls on May 5 this year. It marks “the beginning summer”.

Astronomers indicate that during the solar period of lixia, summer crops enter their final growth stages, the winter wheat begins its flowering and ripening stage, rape enters its final growth stage and the date of summer harvest is tentatively determined. As a result, the farmers have the proverb, “See the summer from lixia.”

As far as is known, the solar term of lixia has always been seen as very important in China since antiquity. According to historical records, during the Zhou Dynasty (1099-1050 BC), on the day of lixia, the emperor led all the civil and military officials to the southern outskirts of country’s capital city to welcome the summer by holding a sacrificial ceremony of offerings to the Yan Emperor (c. 25th century BC) and Zhu Rong (the fire god). In ancient times, the color of the ceremonial dress and the jade pendant worn by this party and even the carriages and horses which they rode and the flags on their carriages were all red. It signified the fiery summer that was about to arrive.

On the day of lixia, the Chinese have many other interesting folk customs. Many people throughout southern China during lixia will make what they traditionally call, “colorful rice.” It is made from many different kinds of beans, like red beans, soy beans, black beans, green beans and mung beans mixed together with white japonica rice. After eating the “lixia rice,” the people also had the custom of eating “lixia eggs” and weighing themselves, for they say that those who weigh themselves on that day don’t have to be afraid of pining away during the sweltering heat of the summer.

0 responses on "Lixia, a solar term marks the beginning of summer"