Chinese regulators have begun an investigation into the Internet giant Baidu after the death of a college student who said he received distorted information on cancer treatment from the company's search engine. 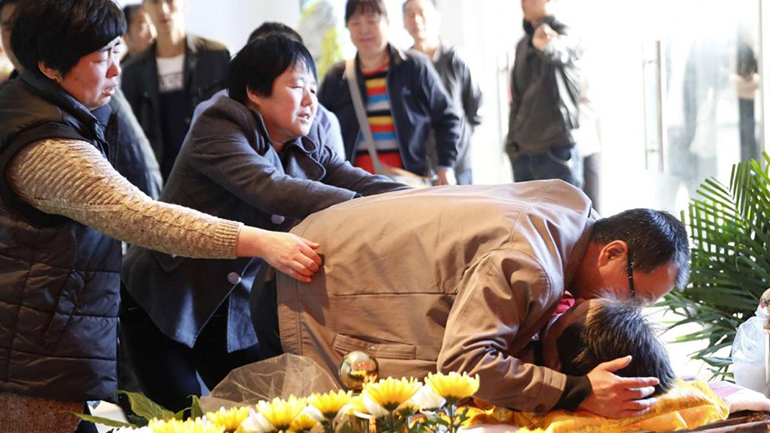 The student, Wei Zexi, 21, from the central province of Shaanxi, died of synovial sarcoma, a rare form of cancer, on April 12. Before his death, he wrote a long post on a Chinese website that detailed his experience seeking treatment.

In a promoted search result on Baidu, he learned of a hospital in Beijing that offered treatment for people with his condition. His family borrowed money to raise the more than 200,000 renminbi, or about $30,000, to pay for a type of immunotherapy from the Second Hospital of the Beijing Armed Police Corps.

Mr. Wei's form of cancer is generally treated with surgery and chemotherapy, and he accused Baidu of taking money to promote less proven treatments in its search results. After his death, the search company has been denounced online, with some people calling it by the similar sounding 百毒, or "100 poisons."

China has strict laws against false advertising in medical products, but how they apply to online search results is not clear. It also is unclear whether the promoted link that Mr. Wei followed was in fact misleading.

"Companies that were involved in services that deal with human life should be particularly conscientious of their duties when conducting their businesses," the website of People's Daily, the Communist Party's flagship publication, wrote in a commentary that questioned Baidu's corporate ethics. "Billions of net users trusted Baidu for their search engine and online forum services, the company is hence responsible for the trust and is obligated to taking up their social responsibilities."

The Cyberspace Administration of China, the country's online regulator, acknowledged the public complaints and said on Monday that it would conduct a joint investigation into Baidu with the State Administration for Industry and Commerce as well as the National Health and Family Planning Commission.

Government and military health authorities have announced a separate investigation into the hospital, Xinhua, the state news agency, reported on Tuesday.

Government and military health authorities have announced a separate investigation into the hospital, Xinhua, the state news agency, reported on Tuesday.

"Our deepest condolences go out to Wei Zexi's family," Tracy Hu, a Baidu spokeswoman, wrote by email. "Baidu is a trusted company and we uphold extremely high standards to make our platform safe and trustworthy."

On its Weibo account, Baidu said that the Second Hospital of the Beijing Armed Police Corps, where Mr. Wei received treatment, is a top-level institution.

"We will cooperate with law enforcement investigations to the best of our ability and crack down on all illegal behavior," Baidu said in a Weibo post. "And we strongly call on the management departments of related hospital bureaus to strengthen hospital supervision and build a trustworthy treatment environment for patients."

The Second Hospital of the Beijing Armed Police Corps has not yet commented on the case. A representative for the hospital could not be reached on Tuesday.

Baidu has faced criticism before over the handling of health-related information. In January, it overhauled its health forums after the moderator of a hemophilia discussion group said the management of the page had been sold to a private hospital. In 2012, Zhou Hongyi, the chief executive of the Internet company Qihoo 360, accused Baidu of relying on advertisements of fake health care products for 30 percent of its revenue.

Mr. Wei wrote that he did not know that when he consulted Baidu for medical information.

"Baidu, at that time I didn't know how sinister it could be," he wrote. "Bidding for ranking on medical information, or the matter with the hemophilia page, should make it clear what sort of thing it was."

Baidu says it applies "particular vigilance" to health care pages and has "proactively cleaned up the customer base" by using certification standards and screening potentially misleading ads.

Mr. Wei's death has also increased attention on medical entrepreneurs connected with the so-called Putian system, named after the city in Fujian Province from which many of them came. The entrepreneurs made money by selling folk remedies and went on to invest in hospitals around the country.

They are now represented by a national association, the Putian (Chinese) Health Industry Association. Last year, the association was reported to have 8,600 member hospitals, about 80 percent of all private hospitals in China.

The spread of the Putian hospitals has relied on widespread online advertising, and Chinese news outlets have questioned the reliability of such promotions.

"It is necessary to conduct an in-depth review, alongside a serious investigation over whether Baidu's business is legal, of why, despite prohibitions and supervision, a number of Putian system medical institutions can still rely on swindling to become a formidable presence in China's medical market," The Beijing News wrote in a commentary on Tuesday.

It was not immediately clear if the department in the Beijing hospital that treated Mr. Wei had a connection to a Putian system company. Although some Chinese news outlets suggested a link, a nurse at the hospital told Huashang Bao, a newspaper based in Xi'an, that the hospital itself controlled the department.

0 responses on "Baidu under probe after Wei Zexi's death"