iPhone loses its luster in China 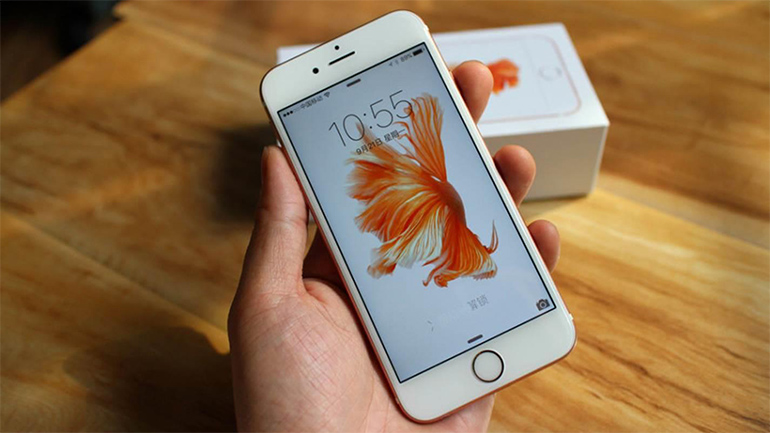 Since 2010, Yu Kai has followed the ritual every year: When a new Apple iPhone comes out, he gets rid of his old one and heads to a store in Beijing to buy the latest model.

This year, however, he held back.

Instead of buying the iPhone 6s, he has been waiting to see what the next iPhone looks like, and he said he might even switch to a model by a different maker.

In China, where Apple has been a signifier of wealth and fashion, and where many Chinese update their smartphones each year, Mr. Yu is not an outlier.

Apple's second-quarter earnings report on Tuesday showed how hard it can be to keep the attention of China's fickle and increasingly hard-to-impress consumers. Timothy D. Cook, the company's chief executive, said in an earnings call that sales in mainland China had fallen 11 percent compared with the same period a year earlier.

Mr. Cook noted that sales had dropped from a high level: In the first quarter of 2015, sales were 80 percent higher than in the same period in 2014. But the decline announced on Tuesday is a setback for one of the most beloved brands in China.

China's young, middle-class consumers are increasingly willing, analysts say, to try phones from the many competitors — including Huawei, Meizu and Xiaomi — that seek to compete with Apple on technical specifications and aesthetics but that offer their models at a few hundred dollars cheaper.

Many customers like Mr. Yu, who is 29 and self-employed, consider the phone they use part of their personal identity, leading them to look at a broad range of available models. That being the case, Apple will have to fight to maintain its dominance of the high end of the market.

Apple also faces other obstacles in China. Last week, the company's iBooks Store and iTunes Movies services were shut down by a Chinese regulator, just six months after they started operating. The rare about-face by China suggests that Apple could face further pressure as the Chinese government increases its scrutiny of American companies' operations within its borders.

In the past four years, with strong demand in China for its products, Apple increased the number of retail stores in the country to 35 from just a handful, and Mr. Cook said on Tuesday that there would be 40 by the end of June. The company has also been able to tap into the enormous customer base of China's largest wireless carrier, China Mobile, after years of talks resulted in an agreement in 2013 that brought the iPhone to the carrier. The deal contributed to Chinese consumers spending $59 billion on Apple products in the latest fiscal year.

But one challenge for Apple's sales this year is that its most recent models do not represent a big leap from the previous generation.

"Everyone bought a 6 series," Steven C. Pelayo, a technology analyst at HSBC in Hong Kong, said by email, referring to models introduced in late 2014. They "were less inclined to upgrade to a 6s, which only had very minor changes," he added.

Qu Dewei, who has been selling smartphones for four years in a technology mall in eastern Beijing, said it had been tough to sell iPhones since September, when the iPhone 6s came out.

"It's been bad since then, it's been really bad," Mr. Qu said as he leaned on the counter at his stall. On Wednesday afternoon, the mall where he works was largely empty.

"None of the brands do really great," he said. "But while I might sell one or two Huawei phones in 10 days, I may not even sell one iPhone 6s."

For years, smugglers have done a brisk business taking iPhones to mainland China from Hong Kong, where they cost less. But even the illegal sellers are feeling the pressure. In interviews, four smugglers who did well a year ago said they had now quit the trade.

The iPhone's weaker sales also reflect the broader slowdown in growth in China's enormous smartphone market. Jason Low, an analyst in Shanghai with the research group Canalys, said he expected the Chinese smartphone market to grow only 4.7 percent in 2016. As recently as 2013, it was growing 50 percent annually.

"If you look at the entire market, Apple cannot fight off so many competitors, like Samsung and local brands like Huawei and Oppo," he said. "They're all trying to raise the average selling price, and that will bleed into Apple's sales flow."

Despite the pressure, Mr. Cook said in the earnings call on Tuesday that Apple was "optimistic" about China, even if it was losing ground. There is even a precedent for an Apple recovery: In 2012 and 2013, the company's sales growth in China slowed as competitors like Samsung offered phones with larger screens, which are very popular in China. When Apple finally released a phone with a similar screen size in 2014, its market share roared back.

In many ways, the company is in a similar position today. Samsung's Edge phones stand out with screens that have rounded edges on one side, and many in China say the camera on Huawei's flagship model is better than Apple's camera. That puts more pressure on Apple to pack new features into the next iPhone, which is expected to come out this autumn.

For Mo Chen, a 26-year-old public relations professional who owns an iPhone 5, the next Apple smartphone will have to do much more than her current model for her to be tempted.

She was blunt in her criticism: "The iPhone 6 and 6s are really ugly."

Many of Ms. Mo's co-workers and former classmates use Android phones, she said, and she is considering switching to a device by the South Korean company or to a Chinese phone made by ZTE or One Plus.

"I like Apple a lot," she said. "I use an Apple computer. But in recent years, especially after I tried my friends' Android phones, I realized that the brand has lost a bit of its charm."

0 responses on "iPhone loses its luster in China"