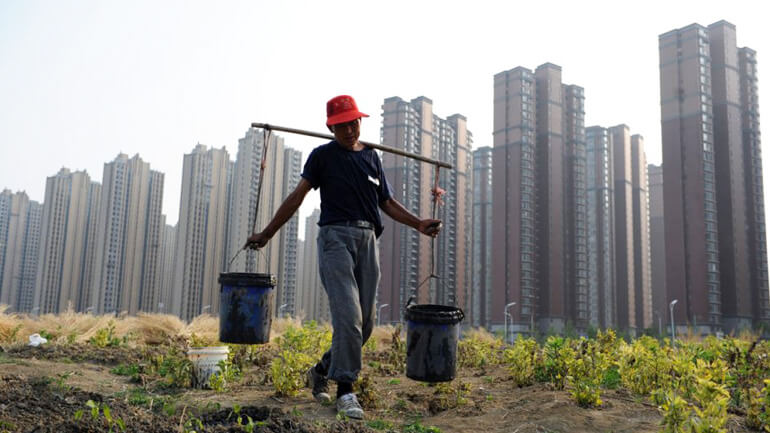 This year's annual average salary of rural residents in China is expected to exceed 5,000 yuan, an increase of 10 percent compared with last year, according to the latest report.

Released by the Rural Development Institute of the Chinese Academy of Social Sciences and Social Sciences Academic Press, the report said the income of rural residents has been increasing in recent years and the annual average net earnings in 2015 – which includes their salary and other sources of income – exceeded 10,000 yuan for the first time. It said this was due to the increase of wages and family business earnings.

"Chinese rural residents have begun to rely more on their wages," said the report, adding that it is expected that their average salary will exceed 5,000 yuan in 2016.

The report pointed out that the country's economic transition and the accompanying policy adjustments greatly influenced their income.

The country still maintains a medium-to-high economic growth rate, which will have an impact on their wages, the report said, adding that some rural residents have given up their small-scale agriculture businesses due to the price fluctuations of some agricultural products and sought jobs in other industries, which have led to an increase in migrant workers.

About 168 million rural folk were working outside their hometowns in 2015.