7 cultural taboos for expats to know in China

'When in Rome, do as the Romans do'. Those who have lived in China for a certain period of time may have figured it out themselves that there're do's and don'ts when it comes to interacting with the locals, although some rules might have been learnt the hard way. So, to save newcomers the troubles caused by cultural misunderstanding and help them blend in better, I have compiled the following list of things to avoid while in China.

Speaking of Chinese cultural taboos, you might've already been exposed to superstition-based ones like 'do not give clocks as gifts', 'do not wear a green hat', 'do not offer to share a pear with your friends', 'do not leave your chopsticks sticking up in a rice bowl', 'avoid giving white flowers to your host', 'avoid using the number 4'… just to name a few. And surely you're not completely unfamiliar with the cultural implications behind them. The following list isn't intended to cover all etiquettes. Instead, it serves to point out the most notable cultural no-nos from the perspective of a Chinese national, in the hope of priming you with some basic 'facts', which may come in useful for overcoming cultural barriers.

While most of these etiquettes are cliches, they're still widely observed in China. So you'd better wise yourself up to them!

1. Do not accept a business card with only one hand. 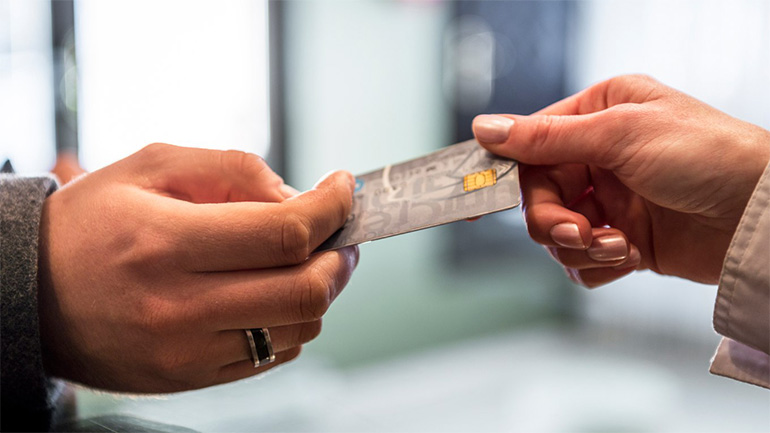 The exchange of business cards is common courtesy among business people in China. If a business card is presented to you, you should accept them with both hands to show respect. Also, nodding your head while receiving a business card will certainly leave the impression of being culturally savvy.

Do the following lines ring a bell?

Generally, Chinese find it hard to say no directly as this can cause a loss of face and disrupt surface harmony, which is highly valued by the Chinese people in their interpersonal relationships. So a non-committal 'perhaps' or simply silence is often used to avoid a potentially hostile reaction from a collocutor. However, this may not be interpreted by non-Chinese the way it was intended. More often than not, they'd see that as a go-ahead signal and feel encouraged to proceed. For business people this can lead to a loss of time and money if they keep investing in a project that has long been abandoned by their Chinese partners whose refusal requires a bit more effort than usual to decode.

3. Do not drink without toasting each other. 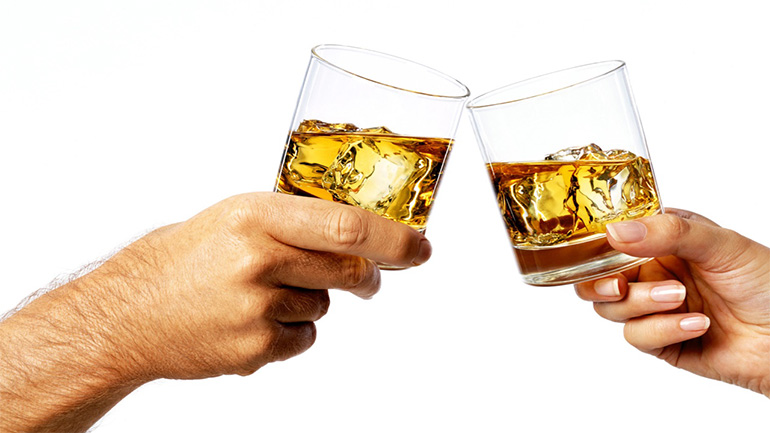 I do not want to claim that one absolutely must drink alcohol while doing business in China. Such portrayal of China's business environment is somewhat outdated. However, there's no denying that while many people don't indulge in such behavior, it's still widely practised in the Chinese business community at large. So it pays to follow some basics to avoid embarassments.

Practicall every time you take a drink, you should be toasting someone else. This is regarded as a sign of respect to your fellow diners. The key word here is gan bei (干杯 bottom's up). Although you're not required to empty your glass at one go, you'll impress your Chinese friends if you do.

4. Do not blow your nose at dinner table. 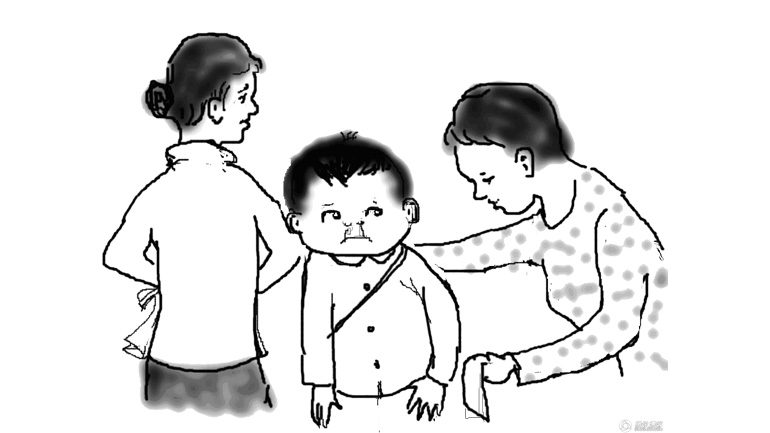 Just as it strikes you as rude for the Chinese to slurp and smack while eating, it's equally uncharming to honk away right across the dinner table. The right way to go is, try to leave the table whenever you need to blow your nose.

5. Do not let someone else pay the bill without fighting for it. 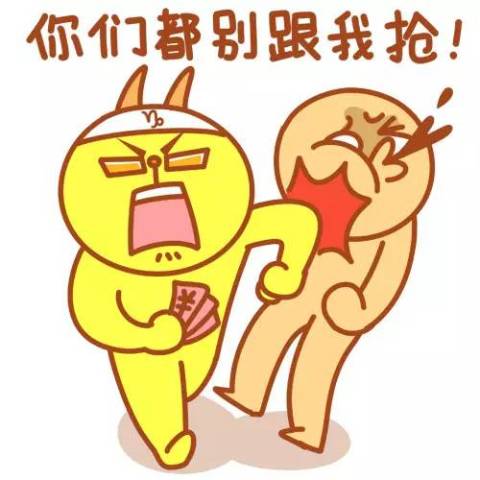 Splitting bills when eating out with friends is a common practice in many Western countries, but this might be frowned upon in China where picking up the bill for your co-diners is considered an honour. So don't be shocked if you see 'wrestling matches' at restaurants when people are fighting over bills. As a rule of thumb, senior pays for junior, male pays for female, asker pays for askee. Nevertheless, you should still fight for the honour whenever the opportunity presents itself. A usual trick is sneaking away to settle the bill under the pretext of going to the toilet towards the end of a meal.

Although this 'ritual' is deeply rooted in the Chinese culture, there's a growing tendency towards going Dutch among younger people. Splitting the bill among co-workers or friends with whom you have an understanding is also acceptable.

6. Do not readily accept a compliment. 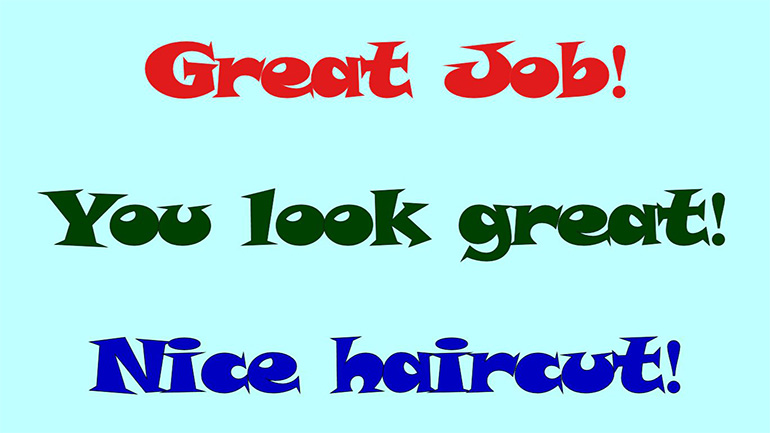 Many people are at a loss for words when they hear their Chinese friends' response to a compliment extended to them. Unlike Western culture, compliments are not graciously taken with a frank "thank you" but rather met with a rebuff to the effects of 'not at all' or 'it isn't anything.' Don't be puzzled, they're not nasty, but just being self-deprecating because accepting a direct praise is regarded as poor manner in China.

However, younger generations and those who are exposed to foreign cultures often respond to compliments with a 'thank you'.

7. Do not open gifts in front of the giver. 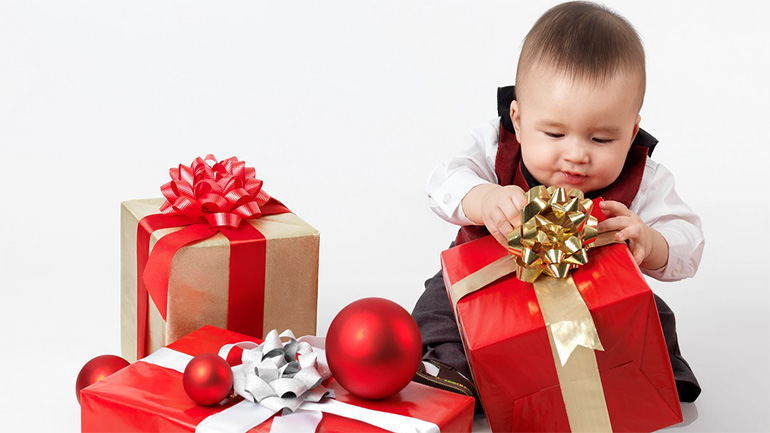 While it's considered polite to unwrap a gift in front of the gift giver in the West, the same practice is regarded as rude in China. Governed by a maxim of modesty, the recipient would put aside the gift unwrapped and open it when they're left alone so that s/he doesn't appear too eager. It also indicates that present itself is not as important as the friendship and thoughtfulness attached to it, as summed up by a Chinese saying '礼轻情意重' – a gift in itself is insignificant compared to the good will behind it (or is it really?).