Cartoons about how a friend “ship” sinks go viral in China

While this joke has always been popular, it has never been able to show how the ship sinks. Until now, that is. A recent set of cartoons reveals the whole story with the help of cute penguins.

The cartoons were first put online on Sina Weibo, a Twitter-like service in China, on April 2. Captions on the cartoons show that the two are on a 'friend ship'. But then one gets thinner and the ship sinks. 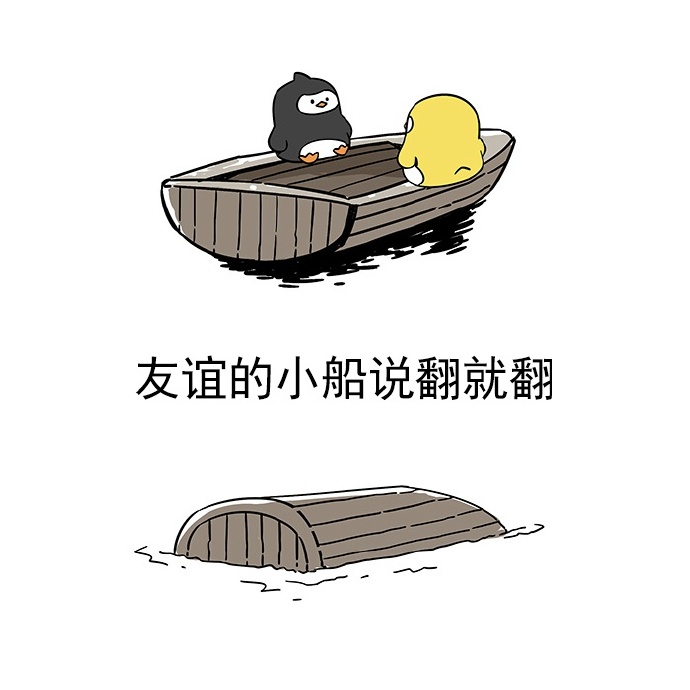 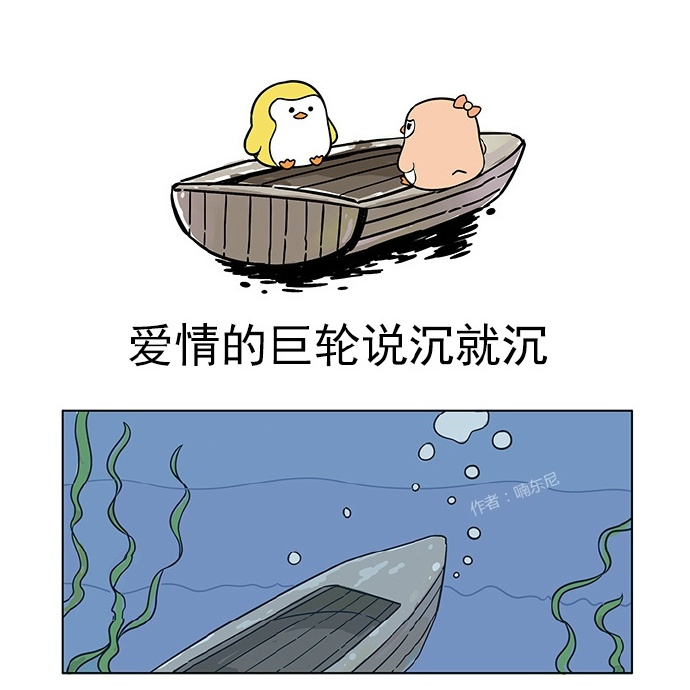 The artist, who uses the pseudonym Nan Dongni, allowed internet users on April 6 to replace his captions with their own. Nan wanted to publish the best ones on his verified Weibo account and offered prizes.

The cartoons went viral on social media, such as Weibo, WeChat and online forums. Captions suggested the reasons why the "friend ship" sinks, such as friends having different jobs and industries.

For instance, if you have a journalist friend and ask them to have a meal together and they respond that they have to finish a news report first, the "friend ship" sinks. Or, when your friend is a teacher and you ask if they want to have a meal today and they reply that they have to finish school reports, the "friend ship" sinks.

The popularity of the cartoons shows that people have little understanding of the different demands made by careers, which causes barriers in communication and that in turn creates misunderstandings and that sinks friendship.

These cartoons with different captions have been viewed more than 16 million times. Nan said April 12 on his Weibo account that some changed cartoons without his permission but they too attracted more than 100,000 views.

The "friend ship" cartoons have finally transformed Nan into a cyber celebrity, or Wanghong, in Chinese.

Nan was born in the late 1980s in Linyi, East China's Shandong province. He told media that he left university to embark on creating cartoons. His decision came after he bought two books by Chinese cartoonist Jimmy in 2010.

Nan wrote on his WeChat account, a messaging service, "I never thought I'd be the creator of a hot event. As you can see, the 'friend ship' cartoons and notes have flooded the circle of friends on social media."

He said he created the two penguins – a yellow one named Dongni and a black one called Ade – last year. He was happy that the two penguins have become popular with Chinese netizens, but he worried that some people posted the cartoons with their own captions without giving him credit as the creator.