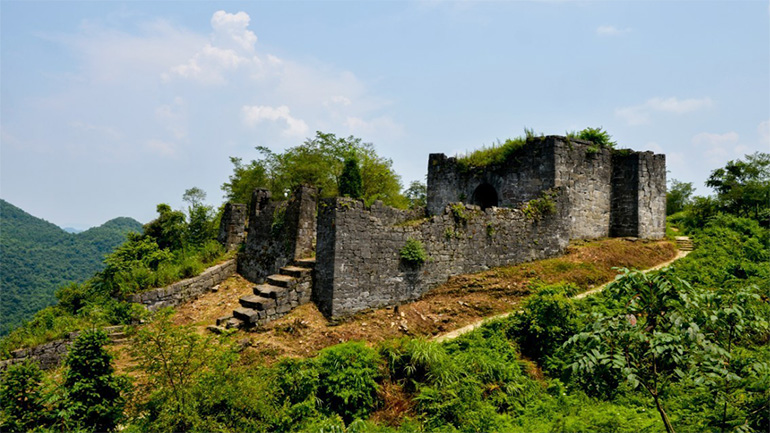 Tusi (土司, tǔ sī) literally means hereditary tribal headmen appointed by Chinese emperors to govern the often unruly ethnic minority regions in the central and western parts of south China, where the specific tribal governance system was adopted from the 13th to the early 20th century.

The system aimed at unifying national administration while simultaneously allowing ethnic minorities to retain their customs and way of life. The combination of local ethnic and central Chinese features at the sites exhibits an interchange of values and testifies to imperial Chinese administrative methods.

The ruins of Hailongtun castle in Zunyi, Guizhou Province, are located at the top of a mountain. The fortress was built in 1257 and was burned down in a battle in 1600. The site covers 1.59 square kilometers, and more than 2,000 cultural relics were unearthed in 2012, including porcelain, jade and ink slabs.

The Tangya Tusi city in Xianfeng County in central China's Hubei Province was even bigger than the Forbidden City in Beijing. The chieftain there ruled for 460 years. Statues, a cemetery and an ornately decorated memorial archway still stand there.

The Yongshun old Tusi city in central Hunan Province has a history dating back more than 600 years. Lying on the bank of a river, it is the largest, oldest and best preserved Tusi city site in China, with a temple, ancestral house, cemeteries and memorial archway. The complicated sewer ditch network is still working.

China has a total of 101 Tusi heritage sites, including three listed on the UNESCO application.