Chongqing, Zhoushan to be selected as new free trade zones 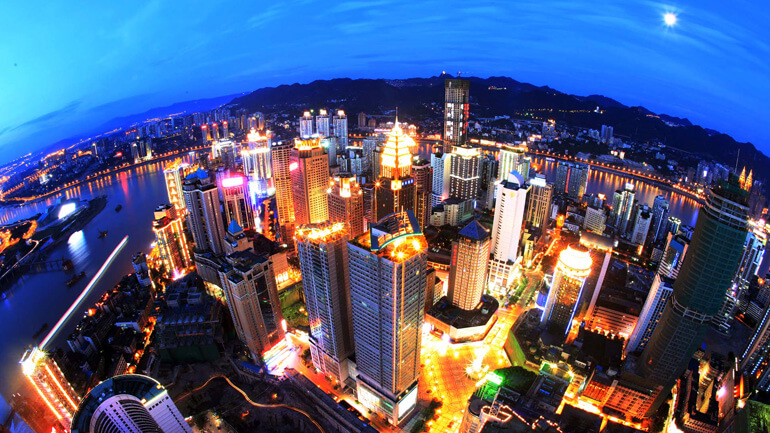 Chongqing, and the coastal city of Zhoushan, in Zhejiang province, are being tipped by shipping experts as hot favorites to be chosen as new free trade zones for the third round selection, as the central government devotes more resources to developing the Yangtze River Economic Belt within its 13th Five-Year Plan.

Eager to enhance the earning ability of inland regions, China has been keen to support the growth of city clusters in the Yangtze River Economic Belt, which comprises the Yangtze River Delta, the middle reaches of the Yangtze and Chengdu-Chongqing region, as well as encouraging more foreign companies to invest in central and western regions.

The central government is also likely to give priority to restoring the Yangtze valley's ecological conditions, while pressing ahead with efforts to develop an integrated transportation and modern industrial corridor within the country.

But with all of those in coastal regions, Dong Liwan, a shipping industry professor at Shanghai Maritime University, said Chongqing especially is seen as a strong likely new FTZ location.

"Selecting Chongqing as a new free trade zone would result in upgraded development of the Yangtze River Economic Belt, where growing shipping activities offer a diversified business platform for 11 provinces and municipalities including Jiangsu, Anhui, Hunan and Hubei," said Dong.

Already officials have expressed an interest in accelerating the developing pace of Wuhan, the inland capital city of Hubei province, Chongqing and Nanjing as regional shipping and logistics centers, which can act as river-ocean and water-railway combined-transportation hubs. Zhoushan, however, has become a favorite given its existing transshipment cargo and logistics facilities, and strong transport links with the rest of the country, both by water and rail.

The city has rare deep-water port facilities, and is located strategically, close to the T-shape intersection of the Yangtze River and the coastline. The integration of Zhoushan Port and nearly Ningbo Port was started in 2006, and their throughput has been counted together since. They officially merged into one in September 2015, and recorded container throughput of 20 million twenty-foot-equivalent units for the first time last year.

0 responses on "Chongqing, Zhoushan to be selected as new free trade zones"