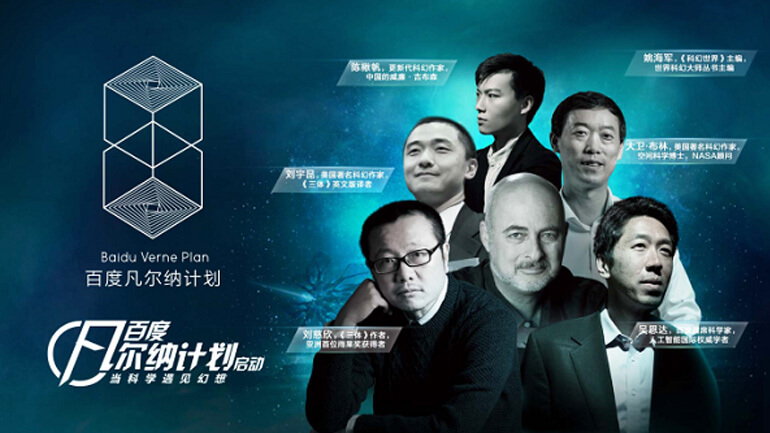 China's Internet giant Baidu is dead serious about its plan－ to be launched on April 1－to include science fiction writers in its research on artificial intelligence.

The Baidu Verne Plan involves setting up a consulting team to bring the world's best science fiction writers together with leading scientists in a quest to turn imagination into reality.

The project, named after French novelist Jules Verne, has already invited six people to be the first group of advisers in the team, according to Beijing-based Baidu.

The company said that some of Verne's imagination seen in his books in the 19th century, such as helicopters, had been realized in the 20th century.

Apart from Andrew Ng, Baidu's chief scientist, the other five advisers are science fiction writers. They include Liu Cixin, who last year became the first Asian author to win the Hugo Award for Best Novel for his book The Three-Body Problem, and David Brin, an award-winning author from the United States.

Baidu said in a statement that the advisers would receive updated information on how the company is developing certain technologies. They will also be able to communicate with Baidu's research and development team to turn some of the ideas into products through brainstorming.

Liu Cixin told The Paper in an interview: "This is an innovative organization. Many ideas, along with innovative work, will be born here. The project will focus on artificial intelligence, and there will be an opportunity for us to work with scientists once the project is officially launched."

Baidu said the project is highly exclusive, open only by invitation.

It is in line with the company's ambitions, as its President Zhang Yaqin has said artificial intelligence is the foundation to empower traditional industries and make them smart.

He told China Daily, "Baidu has made some world-class achievements in the key subfields of artificial intelligence, such as image recognition, voice recognition, machine translation and self-driving cars."