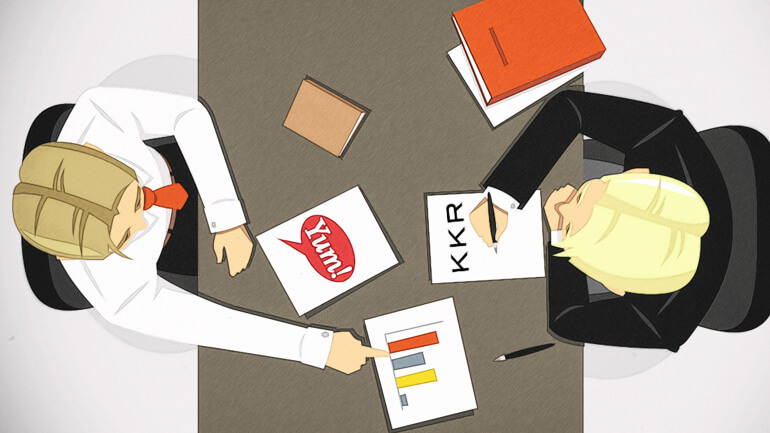 Yum hopes to rekindle its customers' appetites in China.

Yum Brands, the owner of KFC, Taco Bell and Pizza Hut, is in talks with KKR and other financial firms about the sale of a stake in its China business. The US firm could reportedly sell up to 20% of its Chinese operations, valuing the unit at about $10bn.

Last October, it announced plans to spin off and list its China division by the end of 2016. The shake-up is set to be the biggest since Yum was split from PepsiCo two decades ago.

However, talks are said to be in their early stages and a deal is not guaranteed.

"We continue to make good progress since we announced the transaction separating Yum and Yum China," a Yum spokesperson said in a statement.

"We will provide updates on the transaction at appropriate times and we won't comment on rumours or speculation."

Yum has an overall market value of $32bn, but gets more than half of its profits from the China business. However, its earnings from the mainland have been hit in recent years by a food safety scandal involving a meat supplier, as well as increased competition.

Shares of Yum rose by nearly 2% in US trading following the reports about the sale talks.

0 responses on "KFC owner Yum to sell its China stake"