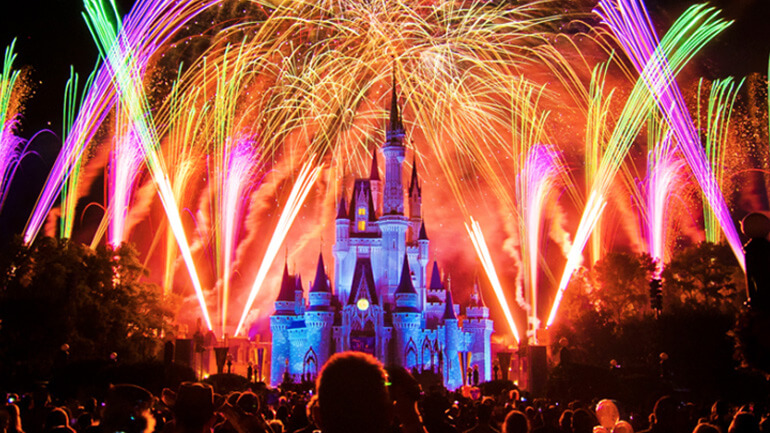 Enthusiastic customers snapped up the first batch of tickets in just five minutes on Monday for the opening day of the Shanghai Disneyland park on June 16, temporarily crashing the official website.

A statement issued by the Shanghai Disney Resort said it had received warm feedback since it started selling tickets online at 12:01 am on Monday.

"Within half an hour, clicks on the website reached more than 5 million. The massive volume resulted in our ticketing system temporarily malfunctioning."

The statement said all official website ticketing systems and authorized partners' distribution channels functioned well later. But it did not say how many tickets were sold.

Ben Cavender, principal at China Market Research Group, said it is good for Disney to have other channels through which to sell tickets, such as the Alitrip store, telephone reservation services and the WeChat official account. Meanwhile, hotels at the resort are also open to bookings, with rooms at the Shanghai Disneyland Hotel starting from 1,650 yuan and those at the Toy Story Hotel priced at 850 yuan. Admission charges for The Lion King, the musical at the resort, range from 290 yuan to 1,000 yuan.

Li Song, 32, bought admission tickets for three days — for the opening day, a one-night stay at the Disneyland Hotel, three nights at the Toy Story Hotel and a ticket for The Lion King. "You have to be there on the first day," said Li, who has been to the Disney parks in Tokyo, Hong Kong, California and Paris. "I missed all the opening days for other Disney parks, so I couldn't afford to miss this one at home."

A tourism expert, who declined to be named, said it is possible that Disneyland issued fewer tickets for the opening day to control crowds.

The theme park offers regular and peak-priced tickets, with regular ones costing 370 yuan and peak ones — for dates where there is high demand — selling for 499 yuan. The admission charge during the grand opening period from June 16 to 30 will be 499 yuan.