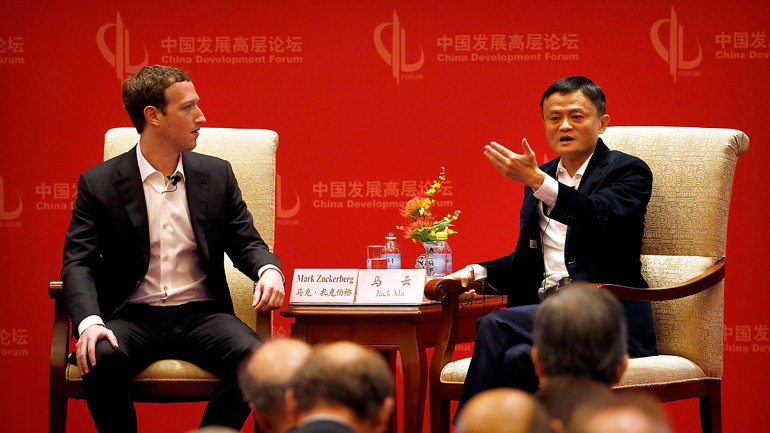 Mark Zuckerberg, co-founder and CEO of Facebook, and Jack Ma, founder and board chairman of Alibaba Group, held a conversation during the Economic Summit of China Development Forum 2016 in Beijing, capital of China, March 19, 2016.

Innovation is an effective way to solve problems with technology, according to Ma. Zuckerberg said innovation is helpful in solving problems in the coming 10 years or more.

Talking about the historic Go match between professional ROK player Lee See-dol and the artificial intelligence program AlphaGo, Ma said machines might be cleverer, but less sagacious than human beings.

The match marked a milestone for human intelligence, indicating full confidence in this respect, said Zuckerberg.

Ma said Zuckerberg respected Chinese culture, adding that oriental culture and western culture should learn from each other and work collaboratively for a better future.