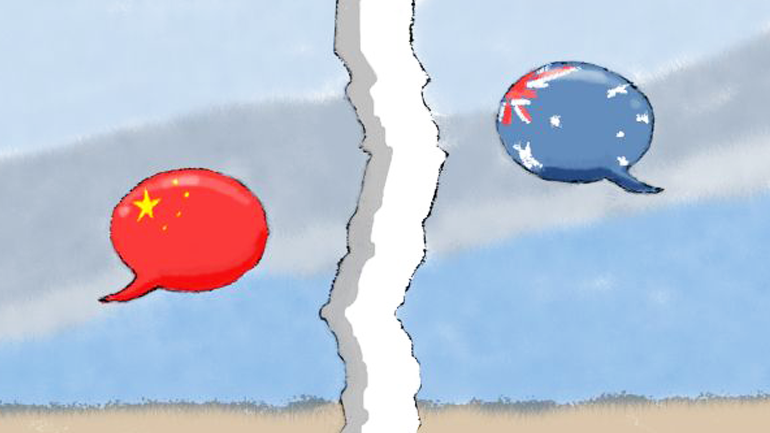 Australia needs far more speakers with at least a basic proficiency in Chinese if it is to make the most of growing trade and cultural links with the Asian giant.

As China's role in our economic and strategic future continues to grow, we badly need a deeper capacity to engage with it. We conspicuously lack that capacity. We are fast approaching a situation here where only Australians of Chinese ethnicity will speak Chinese. This should alarm both economic and strategic planners.

English is aggressively taught in China so that the country can engage with the outside world in both business and scholarship, but we are failing abysmally in this country to master Chinese. This is lazy and even dangerous.

It has been estimated that the current number of proficient adult speakers of Chinese in Australia of non-Chinese background is 130 at most; and half of those are already over 55 years of age. Obstacles and disincentives discourage non-Chinese students from taking up or persevering with Chinese as a second language; Last year, there were 400 year 12 students of Chinese as a second language – 20 per cent fewer than in 2008.

This does not meet our needs as a 21st century nation. In a 2015 survey of Chinese tourism, Australia ranked second as a preferred destination last year. Chinese outbound tourism is expected to grow fast, yet Australia is totally unprepared.

Almost four years ago, the Business Council of Australia drew attention to our need to create a mature relationship with China through many channels and at many levels. This requires a certain percentage of the workforce to have at least basic competence in Chinese. Relying on the language capabilities of Asian-Australians will not be adequate.

There has been a bipartisan consensus for decades that this need was growing, but the policies put in place have not achieved the desired outcomes. The challenge is to provide the incentives and resources for more young Australians to take this path and become directly engaged in shaping this country's economic and strategic future.