Are you a queen on Girls’ Day? 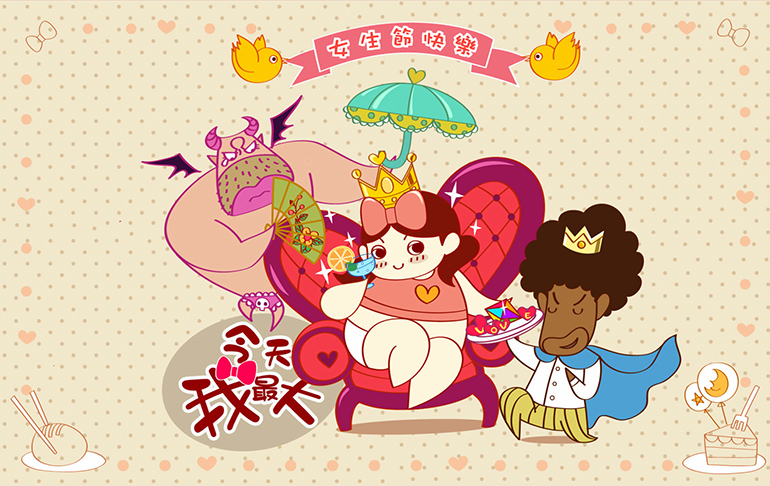 March 7 was a normal date for most people, but it has now been give a new meaning by unmarried Chinese girls and became "Girls' Day". "Girl's Day" is a new holiday in China that was first celebrated in the 1990s. Initiated by Shandong University, the holiday is dedicated to the recognition and praise of single women in China.

Many Chinese universities have an interesting practice on Women's Day. Female college students created a new festival called Girls' Day (女生节), which is celebrated on March 7 every year. In China, "women" (妇女) is more representative of married women, and since female students do not like to give up the opportunity to be "queens", they created Girls' Day. On Girl's Day, universities hold many activities for their female students, such as a make-up competition, a hand-make competition, the warmest quail-roost evaluation, and a dancing competition.

What's more, some universities may make wishing trees or wishing boards, where female students can attach cards that have their written wishes (even confessions to a male). In that way, March 7 is a sort of "Valentine's Day" on campus because male students have the opportunity to express their love to female students they admire.

0 responses on "Are you a queen on Girls' Day?"