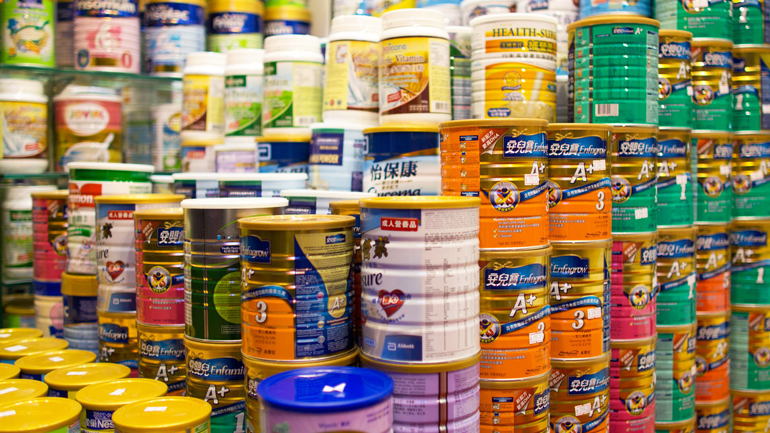 Asian consumers determined to improve their lifestyle are boosting the fortunes of Australian producers of premium baby milk formula, vitamins and honey, as the region's burgeoning middle class jumps on the health food bandwagon.

With their expanding wallets, middle class consumers are fueling a sharp increase in sales of high-quality products from Down Under, sending the profits and share prices of health foods companies – particularly producers of infant milk formula – into unprecedented territory.

"You've had almost three decades of incredible GDP growth in China and that has brought a huge amount of spending power to the Chinese consumer," IG Markets' analyst Angus Nicholson said. "And given the fact that there has been some questions around – particularly food, health and medical products – in China, there has been an increase in demand for foreign, top-quality brands."

The growth is being described as a shift from "mining to dining" as Australia transitions away from supplying China with key metals such as iron ore and coal towards feeding Asia's consumption boom. While much of the focus has been on soft commodities like beef and dairy, smaller Australian-listed firms that produce infant milk powder, vitamin supplements and honey are also benefiting from the increased appetite.

Supplements maker Blackmores last year had the Australian stock market's highest share price, jumping 534.03 per cent to A$217.98. Its net profit for the six months to end-December soared 160 per cent compared to the previous period, driven by sales to Chinese consumers, which made up 40 per cent of revenue. Bellamy's Australia, whose organic baby milk powder is nicknamed "white gold", saw its share price leap more than 700 per cent last year as its net profit spiked by 325 per cent in the second half. Rival formula producer a2 Milk Company is also enjoying strong demand. A firm tapping into the growing Asian craze for honey is Australia's largest producer Capilano, which recorded a 52.9 per cent surge in 2015 second-half net profit.

Brands like Bellamy's and a2 are seen as trustworthy by the Chinese as they are sold in Australia's dominant supermarket chains Coles and Woolworths, Benjamin Sun of digital marketing consultancy ThinkChina said. "What they are thinking is if the milk powder is being drunk by Australian babies, it should safe for Chinese babies," Sun said.

But the baby powders' popularity has overwhelmed the two supermarket giants, which have imposed two or four-tin limits for each purchase. Even souvenir shops that usually stock stuffed toys and sheep skins now make room for formula, propolis and royal jelly supplements – honey products believed to boost health – as well as manuka honey.

The empty racks are the result of a burgeoning grey market where purchasing agents known as "daigou" help Chinese customers secure products in Australia and ship them to China, raking in a tidy profit in the process.

There are between 5,000-10,000 daigou – who can range from entrepreneurs to international students – in Australia, Sun estimated, adding they could make an average of A$100,000 each year. Likewise, shipping firms charging some A$5 per kilogram are easily found in suburbs such as Sydney's Burwood and Hurstville, which are popular with Chinese.

Although buying via diagou could see items marked-up by 100 per cent, Chinese customers seem happy to pay up, partly due to the now-relaxed one-child policy, which was introduced some three decades ago.

"People who were born in the 1980s now have a baby, so what's happening now is not an only child but also an only grandchild," Sun said. "That's the whole family including the grandparents supporting the one kid. That's why we call them one kid with six pockets."

Peter Barraket, who heads up "Mr Vitamins", a chain of supplements outlets in Sydney, said he noticed Chinese customers' behaviour change over the past two years, with shoppers becoming more organised and brand aware. He is now planning to grow the business by shipping directly to China.

A flagship store on Alibaba's business-to-consumer platform Tmall Global is being considered, although Barraket is careful not to market too heavily while stock levels remain low.

"We've only got enough to cater for our current demand," Barraket, Blackmores' former chief financial officer, said. "I'm actually trying to do a deal with a manufacturer for baby powder because once we start to advertise, we want to make sure we've got stock."