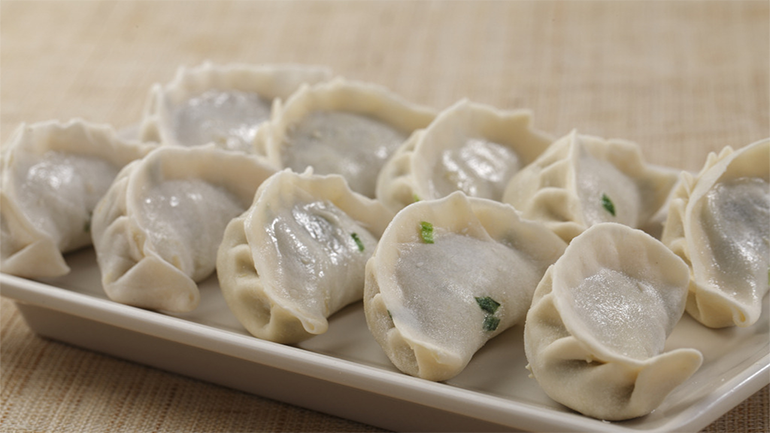 According to an archaeologist from the Museum of Xinjiang Uygur Autonomous Region, the three dumplings unearthed in the region's Turpan area were determined to have been made during the Wei, Jin, Southern and Northern Dynasties (220-589).

Archaeologists also found two complete dumplings made during the Tang Dynasty (618-907) in Turpan. The dumplings were 5 centimeters long, 1.5 cm wide and resembled the new moon in shape. Further research revealed the dumpling wrappers were made from wheat flour and the stuffing was meat.

Archaeologists said the findings show the eating habits, which used to be prevalent in China's central plains, had spread to the west at a very early time.

Even in today's China, many believe eating dumplings will bring fortune, because the food resembles "yuan bao," a boat-shaped gold ingot that was used as currency in the past.

0 responses on "Findings: Dumplings served 1,700 years ago in China"